You are at:Home»Current in Westfield»Westfield Cover Stories»First waves: Opening of Westfield Washington Schools Aquatic Center a step toward YMCA completion

For Shannon Russell, the first part of a long journey is complete.

“It’s truly a blessing to be able to partner with the schools and be able to offer these programs in the community because the facility is absolutely beautiful,” said Russell, executive director of the YMCA in Westfield. “We’re offering use for the community when it’s not in use by the school. The school gets to determine their needs and times first.”

Russell, a Westfield resident, is the project lead for the YMCA in Westfield, which includes the WWS Aquatic Center, 851 E. 181st St. The fundraising, hampered by the COVID-19 pandemic, is ongoing for the Ascension St. Vincent YMCA.

“To date, the YMCA has secured approximately $6 million of the necessary $14 million for the construction of the center,” said Gregg Hiland, chief operating officer of YMCA of Greater Indianapolis. “The volunteer steering committee is actively engaging with potential donors. Success will be possible through the generosity of local residents.”

A final date has not been announced for the YMCA opening. Russell said the YMCA is still looking for community partners.

“No one would be happier than me to put a shovel in the ground to construct this,” she said. “With COVID, we pressed the pause button. We made sure the needs of the community are still what the YMCA can offer. More recently, we received a generous donation ($10,000) from the new Meijer in Westfield. We’re looking for additional financial opportunities to help support the YMCA and get this built in the Westfield community.”

The facility is set to include a state-of-the art wellness center, basketball courts, a gym and 5,000 square feet for Ascension St. Vincent and its offerings. 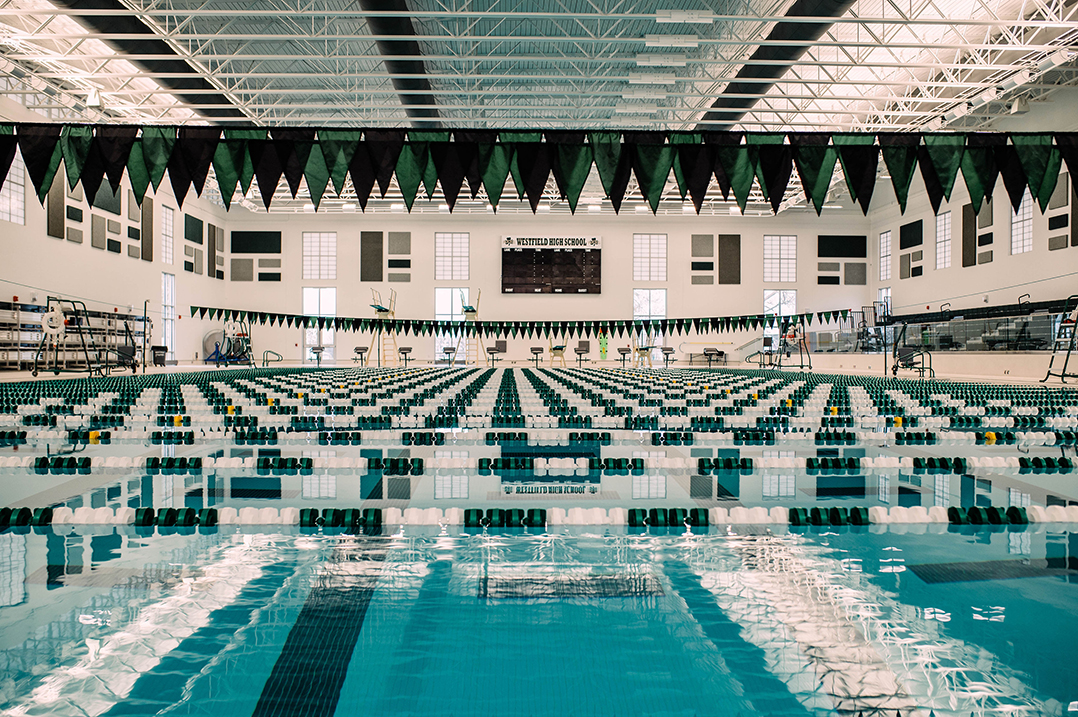 The WWS Aquatic Center is one body of water that can serve as a 50-meter pool or be separated into three separate pools.

The Aquatic Center includes one body of water that can be separated into three sections with moveable bulkheads. It can be a 50-meter course pool, or it can be divided into three individual pools.

WWS Director of Operations Joe Montalone said the Aquatic Center completed close to the expected time, but it was too late for the high school season, which was then in the postseason. However, middle school meets were held in the new facility.

Montalone said the cost was what was anticipated.

“We paid $15 million for the Aquatic Center, and the YMCA, with some internal shared costs and the infrastructure, put in a little more than $3 million,” he said.

“We were using that until we moved into our new one,” Montalone said. “Then we were able to fill in our old pool, expand the wellness center for our physical education classes and our student athletes. That should be completed in August.”

Shannon Russell, executive director of the YMCA of Greater Indianapolis, said group and private swimming lessons are being offered at the Westfield Washington Schools Aquatic Center.

“There are also adaptive lessons for anyone in the special needs community,” she said.

More than 100 participants signed up for swim lessons in the first 10 days the YMCA opened, Russell said.

Water fitness classes are offered on mornings, evenings and weekends.

“There’s also a lane where people can water walk or jog in because it’s just so good for the active, older adult community,” Russell said.

There is traditional lap and open swimming as well.