Kevin Patterson has some definite ideas how to keep moving the Democrat Party forward in Hamilton County. 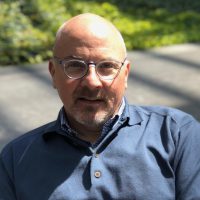 ”After spending almost a year as the (Hamilton County Democratic) Party’s treasurer, I realized for our party to be successful over the next four years we needed significant change,” Patterson said. “We are currently lacking the basic fundraising and organizational tools for our county’s growing Democrat base. I began working immediately on creating a database that would handle the county’s membership, recruitment, and fundraising efforts, but unfortunately was unable to get the authorization to implement these new tools. I decided the only way I could affect real change is by running for the county party’s chair position.”

Patterson, a Carmel resident, is running against Dayna Colbert for the for seat vacated by retiring chair Joe Weingarten.

“Shortly after I announced my candidacy for chair, I reached out to Heather Hilbert to see if she would be willing to run with me as my vice chair,” Patterson said “I believe Heather compliments me exceedingly well. Her expertise in grassroots organization, volunteer recruitment and advocacy is exactly the type of leadership we need to be successful in Hamilton County. I was thrilled she agreed to join the ticket. She would make an excellent vice chair for the Hamilton County Democratic Party.” 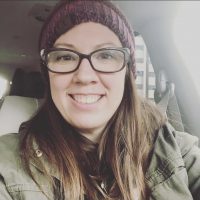 Patterson and Hilbert said they both believe that in order for Democrats to be successful in the county, the party needs to implement the following: a consistent party platform that takes into account diverse communities and belief systems; a recruitment, education and training program for candidates; a precinct committee program emphasizing participation, education and volunteerism; a central volunteer base and an annual fundraising goal of $175,000.

To make all of this possible, Patterson said he has already started working on creating the databases needed to accomplish these goals in order to be ready as chair on Day One.

Since returning to his home state in 2014, Patterson has taken an active role in the political environment as a precinct committeeman, candidate for office, state delegate and national delegate for President Joseph Biden. He is a founder and current President of the Carmel Democratic Club and developed the framework for the creation of the Westfield, Fishers and Noblesville Democratic Clubs. In 2020, he was elected to the role of treasurer of the Hamilton County Democratic party where he revamped the financial and campaign finance reporting system.

The voting by precinct committee members is set to be concluded by March 6.

Due to COVID-19 restrictions on gatherings, precinct committee members will be unable to meet in person to cast their vote or hear from the candidates. Instead, there will be a virtual Candidate Town Hall for precinct and vice precinct committee members to learn more about Patterson and Hilbert, including their vision and platform for the party. The final Town Hall is set for 7 p.m. Feb. 25 via Zoom. To register, visit us02web.zoom.us/meeting/register/tZUuc-6grDMvEtay21_cA9PQJADZ1VIZ5rgb.