Prior to 2016, Noblesville Schools had never won a Best Community for Music Education award.

Now, the school district has earned the honor from the National Association of Music Merchants Foundation for the fifth consecutive year. 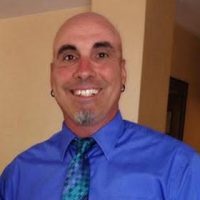 Districts were selected based on music funding, staffing of highly qualified music teachers, commitment to standards and access to music instruction.

“The music program in Noblesville Schools is on a roll,” said Eric Thornbury, Noblesville High School music department chair and director of bands.

Thornbury, who has been with school since 2011, said winning for five consecutive years is a huge accomplishment.

“We are able to qualify for this honor because of our amazing music teachers, administrative and community support,” Thornbury said. “Then, because our community receives this honor, they become even more supportive, and music in Noblesville is continuing to thrive and grow because of this recognition and momentum. It is like a snowball that keeps getting bigger and better every year, and what is most exciting is that there are no signs of this slowing down anytime soon.”

The Winter Color Guard made the state finals after placing eighth in the Indiana High School Color Guard Association Class A, although the state finals were canceled due to schools closing because of the coronavirus pandemic. NHS was scheduled to compete in Kentucky and Dayton, Ohio for the Winter Guard International, but it also was canceled.

Thornbury said the high school’s show choirs were having a great season and the top three choirs would most likely have made the state finals.