You are at:Home»Current in Fishers»Fishers Community»Ex-FHS assistant Kelly gets HSE football job

“Michael is a guy we’ve had our eye on for a long time,” Self said. “I was impressed with him for a long time and followed his career at Fishers and then on to Seymour. So, he was someone we were interested in when our position opened.” 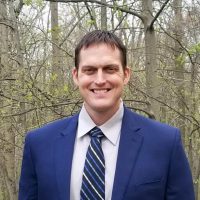 Kelly, who had a 14-16 record in three seasons as the Seymour football coach, was named Hamilton Southeastern coach April 15. Kelly replaces Adam Morris, who left after two seasons to take an assistant coaching position at DePauw University. Prior to Morris, Scott May had an 86-35 record in 11 seasons as the Royals coach.

“During those nine years, you find out what it takes to compete in the conference,” Kelly said.

Kelly had a Zoom team meeting with approximately 90 players the day after being named coach.

Kelly set the vision and expectations for the program and his players since they cannot physically work out together because of the coronavirus pandemic.

“I encouraged them to stay the course and finish this semester strong and get ready for the season upcoming,” Kelly said. “You work out once or twice, and you know it. You worked out three or four times and you work out five or six times, your opponents will know it.  I told them a lot of people can make excuses but it’s very important we see this as a reason not to, but a reason to get to.

“Your attitude and your effort are going to determine the time allotted to you, so keeping those factors in mind are important.”

Self was impressed with the call to the players.

“What he believes on and off the football field are what I think high school athletics should be about,” Self said. “He talked to them about what he stands for and what expectations are moving forward. It’s about doing it the right way, working hard (with) integrity and perseverance.”

After two consecutive losing seasons, the Royals were 5-5 last season.

Kelly, who played football at Taylor University, will teach advanced weight training. His wife, Erica, will be a math teacher at Hamilton Southeastern. They have two sons, Karson and Braxton, and a daughter, Addison.