You are at:Home»Current in Zionsville»Zionsville Cover Stories»Legion of heroes: Zionsville resident lucky to survive front line in Korean War

During Bill Shoemaker’s Indy Honor Flight trip earlier this year, he had a special moment at the Korean War Veterans Memorial wall in Washington, D.C.

“About 20 (South) Korean college students came over and said, ‘We want to thank you for saving our country,’” Shoemaker said. “South Korea has really done a job to rebuild itself.”

Shoemaker, 93, was in ROTC at Purdue University when he was pressed into service. He joined the U.S. Army’s Second Division of the 37th Field Artillery as a forward observer.

“I went into some pretty heavy mixing. My flak jacket and helmet came in handy quite often,” Shoemaker said. “There was a lot of mortar and artillery shells because I would have a jeep driver and radio operator and we would go to an outpost in front of the infantry and call for fire and soften them up. I had shrapnel tear up my uniform but I never got wounded. I was pretty lucky.”

Shoemaker is one of two Korean War veterans, along with Curtis Borcherding, who are active members of American Legion Post 79. Both are Zionsville residents.

“My biggest worry was getting captured because I didn’t have an interpreter to understand the Korean language,” said Shoemaker, who spent two years in Korea.

During his stint, he earned R&R, or rest and relaxation, in Japan.

“I about killed myself trying to drink up all the beer they had in Japan,” he said. “There are some atrocities that stick with me pretty vividly. After I got home in ’54, I had trouble going to Fourth of July celebrations, but I got over it after a while. I was lucky to have a good wife that stood by me for 67 years, but I lost her last year to Alzheimer’s. Terrible disease. We were fortunate we had two sets of twins. All four of them had good education and have good jobs.”

The most vivid memory Shoemaker has is asking a Marine how they take care of dead bodies.

“He said, ‘We’ll show you,’ and with a flamethrower, they did it,” he said. “I tell kids that want to glorify war that it is hell. And it is hell. There are things you’ll never forgot. It’s terrible.”

Shoemaker said he was in the thick of the fighting on the front line.

“When you think about your life being on the line, you do a lot of things you wouldn’t do normally,” Shoemaker said.

Shoemaker, a 1943 Zionsville Community High School graduate, is a lifelong Zionsville resident. He was a bank loan officer for 30 years with one bank and 10 more with another bank.

Shoemaker and Borcherding didn’t know each other in the Army. But they did learn years later they were on the same transport train from South Korea to post in North Korea.

“You had to stand the whole time on that train. There was not room to sit down,” Borcherding said.

“A few days after I got home, the war ended. A police action, they called it then,” Borcherding said.

Borcherding was a combat engineer on the front lines.

“We mostly took charge for Korean Service Corps and showed them what to do,” he said. “They done the work, built bridges and rebuilt roads and that kind of stuff. We would work and hang up camouflage at night so the North Koreans couldn’t see the roads during the day. I wasn’t in combat but had a few mortar shells fired at me when I was driving a truck. It was no hand-to-hand combat.”

Borcherding said it was a good experience.

“You learned a lot living with all other men in a tent for that long,” said Borcherding, who is considering going on the next Honor Flight. “You learn a lot about different people. It’s an experience I’ll never forget.”

Borcherding, who grew up in Vallonia, drove a Shell Oil gasoline tankard for 30 years. He has lived in Zionsville since 1945. 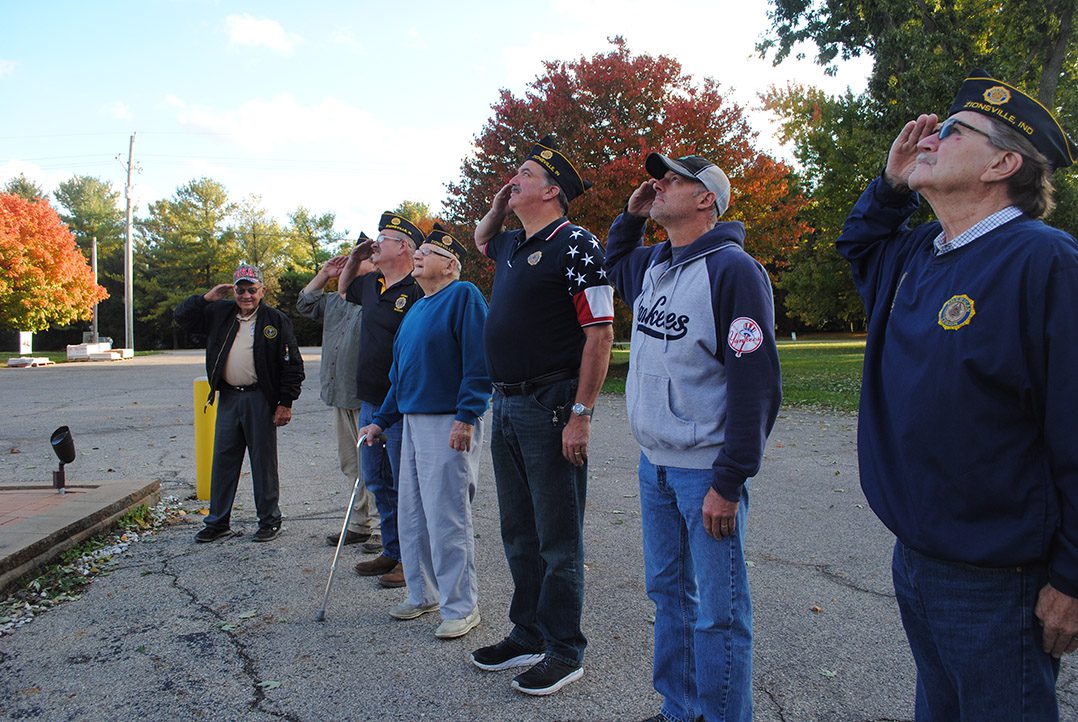 A different form of service

Bill Bell primarily served in a medical unit at Fitzsimmons Army Hospital in Denver during the Vietnam War from 1966 to 1970.

“We took care of guys that came back that stepped on mines,” he said.

Bell, a Zionsville resident who turns 77 Nov. 23, assisted a colonel in the food service for the hospital. Bell said he makes light of it sometimes because his time in the Army was nothing like that of veterans like Bill Shoemaker and Curtis Borcherding.

“But I was doing what I was told to do, and I did it honorably,” Bell said. “It’s an honor to serve.”

Bell has been a member of Post 79 for 30 years and is a former commander. Bart Colvin is in his sixth term as commander.