Danielle Carey Tolan keeps a scrap of paper in a notebook that she carries. The paper contains rough outlines for a group Carey Tolan wanted to create several years ago called Women of Westfield.

“I wanted to expand my network and have this network and become a leader within the community,” said Carey Tolan, the Westfield Washington Township trustee. “I wanted women to create, inspire and lead. We don’t have that in Westfield. So, two years ago, I was writing down all this stuff and had little logos I was playing with. I had just told a few of my confidantes about this idea, and they said, ‘This would be awesome.’

“But the timing wasn’t right for me.”

“One of the people came up to me and said, ‘This is happening, and you have to get involved,’” Carey Tolan said. “I reached out to Janelle Campbell (president-elect of the group) and said, ‘Hey, can we meet? I want to talk to you about this Women of Westfield thing.’ I said. ‘I’ve been thinking about this forever. This has been a dream of mine, and I just didn’t have the right people around me yet and the time to do it, but I do now and want to be involved.’”

Campbell brought Carey Tolan to a Women of Westfield meetings in the spring. Carey Tolan presented her original plans, which included mission statements, to the group.

“I just told them everything that was in my book and they were like, ‘Oh wow, can you be a part of this, too?’” Carey Tolan said. “All of us have put all of our energy and all of our time into this, really creating the true platform of what this is going to look like.”

The group’s mission statement is “Women of Westfield strives to positively impact the Westfield community by investing in women through relationships and service.” The vision of the group is “WOW empowers women to become an engaged community partner both for themselves and the greater good.”

“We don’t care if you’re a stay-at-home mom or a CEO or an empty nester,” Carey Tolan said. “If you are a divorcee, nothing matters but us as women at this moment in time and to give a positive impact back to the community and back to ourselves.”

To join the group, a woman has to either live or work in Westfield. For more, visit the group’s Facebook page at Women of Westfield. 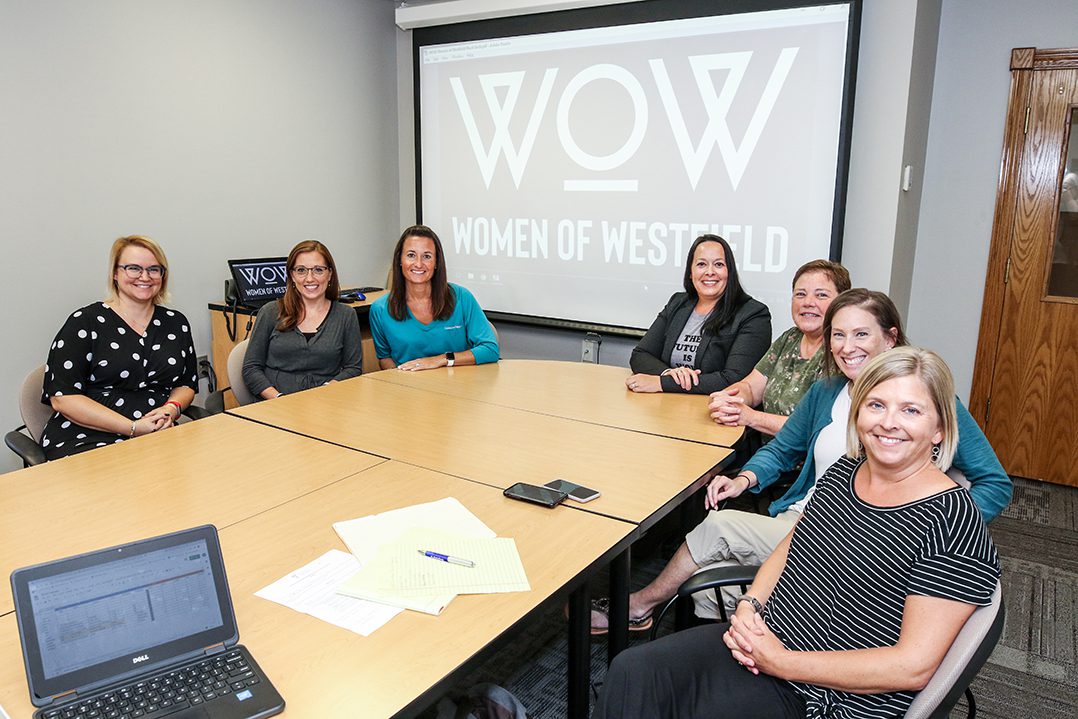 The next ticketed event is“WOW Reset Revive Refuel.” It will feature speaker Adenike Makinde, who will present on the topic “Live Your Passion.” More details will be released at a later date.

The next free event is Chat & Go from 7:30 to 9 a.m. Sept. 26 at Riverview Health Westfield Hospital, 17600 Shamrock Blvd. Attendees will have a chance to hear from Sarah Ochs from the Riverview Breast Center and tour the hospital.