The Lawrence Police Dept. and the Lawrence Fire Dept. have three new drones to assist in a variety of public safety emergencies, such as traffic crash investigations, weather event responses and more.

The drones, called unmanned aerial vehicles, were purchased by the City of Lawrence for a little less than $47,000.

LFD Chief Dino Batalis said a public safety team consisting of four firefighters and four police officers were trained on the UAVs in August. When a drone is deployed, two of the eight team members operate it. 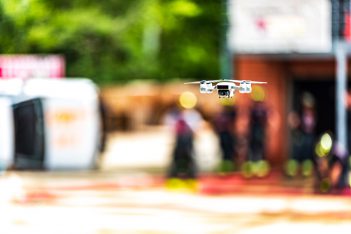 UAVs can be used for Project Lifesaver or to track a subject bailing from a vehicle, among other capabilities.

“When they’re called out, there are two people on call all the time. The basic reason (for two) is one flies and the other helps navigate,” Batalis said. “On the fire side for working fires, we can get one up in the air, and it’s helpful for whoever is commanding the fire.”

“We are a member of Project Lifesaver, and we have clients around the city and a lot of autistic kids. We always get missing kids who cut the bracelets off, patients with Alzheimer’s, patients with dementia,” Batalis said. “Then, the police side can use this for perimeters, SWAT callouts or if somebody bails from car. We can use it for special events like community safety day and parades.”

Batalis regards UAVs as another tool in the department toolbox. If a battery on a UAV runs low, the device automatically returns to base so that it doesn’t crash. Two of the three drones are smaller models. Although the smaller UAVs can be deployed quickly, the larger device flies better in windier conditions and can carry weighted items, such as lifejackets to a victims during water rescue. The larger drone also is equipped with an infrared camera.

The departments expect to using the UAVs before the end of the month. 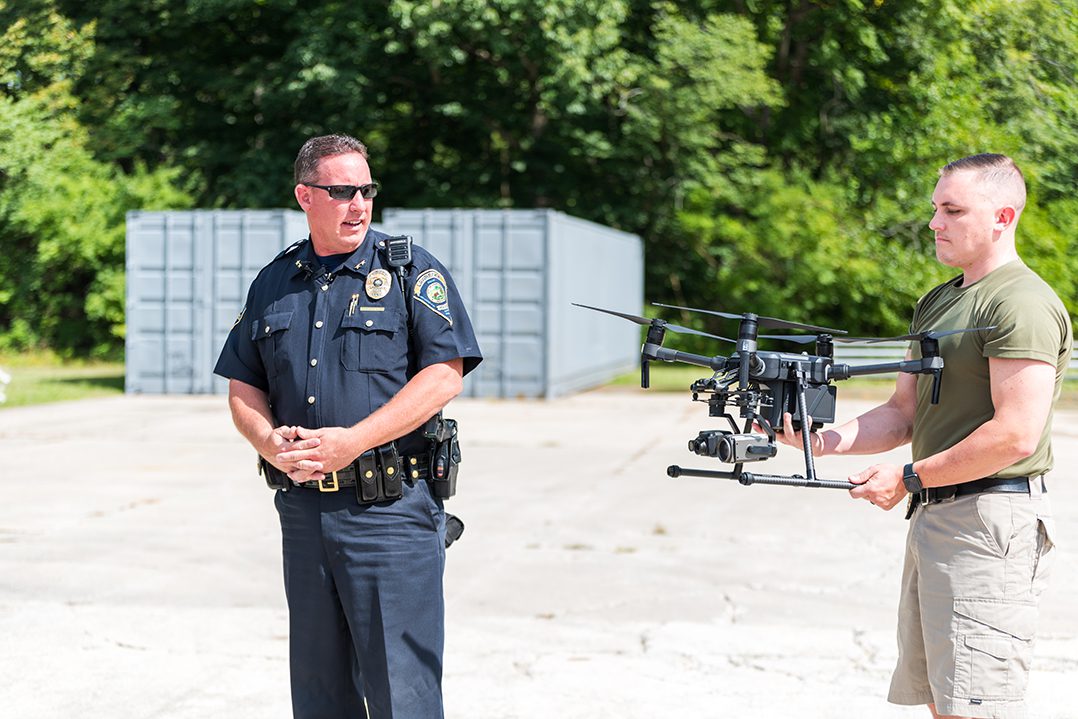 “We have SWAT medics, but this is actually the only team I can think of that it’s a public safety team manning these drones. Any other department in the city can ask for the (team to deploy the drones) if they need these,” Batalis said. “The fire and police got together and talked about it, and it was a budget-able item, and we decided it was a tool we desperately need.

“It definitely enhances both the police and fire side. It’s a public safety team. The city owns (the drones), but the team is comprised of public safety members.”
LPD and LFD also can use the drones to assist neighboring departments, if needed.

“It’s a very nice to be able to have something we can also assist other agencies, since we were dependent on them,” Batalis said. “We were constantly borrowing ladder trucks and engines, but now we are at the point where we are loaning stuff out to other departments. It’s nice to repay the favors to other agencies if they request them.”