You are at:Home»Current in Zionsville»Zionsville Cover Stories»Quality of place: Local artist paints mural of Abraham Lincoln in the Village

Visitors to downtown Zionsville may now come face-to-face with a towering mural of Abraham Lincoln.

The 266-square-foot mural is painted on the west side of a building at the northwest quadrant of Main and Oak streets in the Village. It was completed last month by Indianapolis artist Nekoda Witsken. 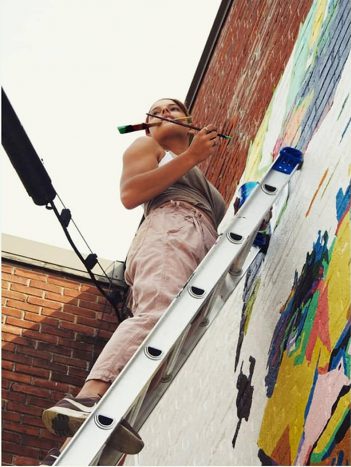 The idea for the mural came about when the Zionsville Cultural District and town leaders formed a Town Hall Art Task Force Committee.

“That’s how it started and it involves (Zionsville Cultural District board president) Carla (Howie) and the cultural district, and we started talking about art installations throughout the town and not just here or indoors or on our plaza,” Mayor Tim Haak said. “So, Carla and her team identified a number of different possible projects.”

Ideas included painting traffic boxes around town. The idea for a mural also was proposed. Haak said the cultural district and the taskforce identified a number of different buildings in the Village as a possible location for the first mural.

Valerie Swack, owner of the building that formerly housed Noble Order, told the town it was welcome to use her building for the mural.

“It was an open invitation and we had an artist in mind,” said Amanda Vela, the town’s director of communications and community relations.

“It was probably the most prominent location on that list of buildings and the most visible because of foot traffic and cars and people that see it every day,” Haak said.

Sherwin Williams donated the paint and the materials, and the town paid $7,900 for the project. The mural should last approximately 10 years. A graffiti coating was used to help prevent damage.

“At the end of the 10 years, it’s up to us if we want to do a touch-up or start with a new mural,” Vela said. “It’s something we can decide upon. Nothing says we have to keep it or not keep it.”

The mural is near the area where Abraham Lincoln gave an address. Witsken said she liked the historical aspect to the painting.

“The whole process has been super rewarding, and I think a pretty big moment for Zionsville as they head into the new world of public art they’re taking on. I’m really honored to be a part of it,” she said. “Getting to paint in the daylight and have residents come by, drive by, honk and ask questions. They were really involved in the process I felt like which was really neat.”

“I think she came and looked at the site, and the cultural district and task force members jointly talked about its proximity to Lincoln Park and what that means to Zionsville, and then they decided on a mural,” Haak said.

Haak said five or six buildings in the Village have been identified as possible locations for future murals. The buildings’ owners haven’t been approached. The goal is to commission an Indiana artist to paint all the murals. 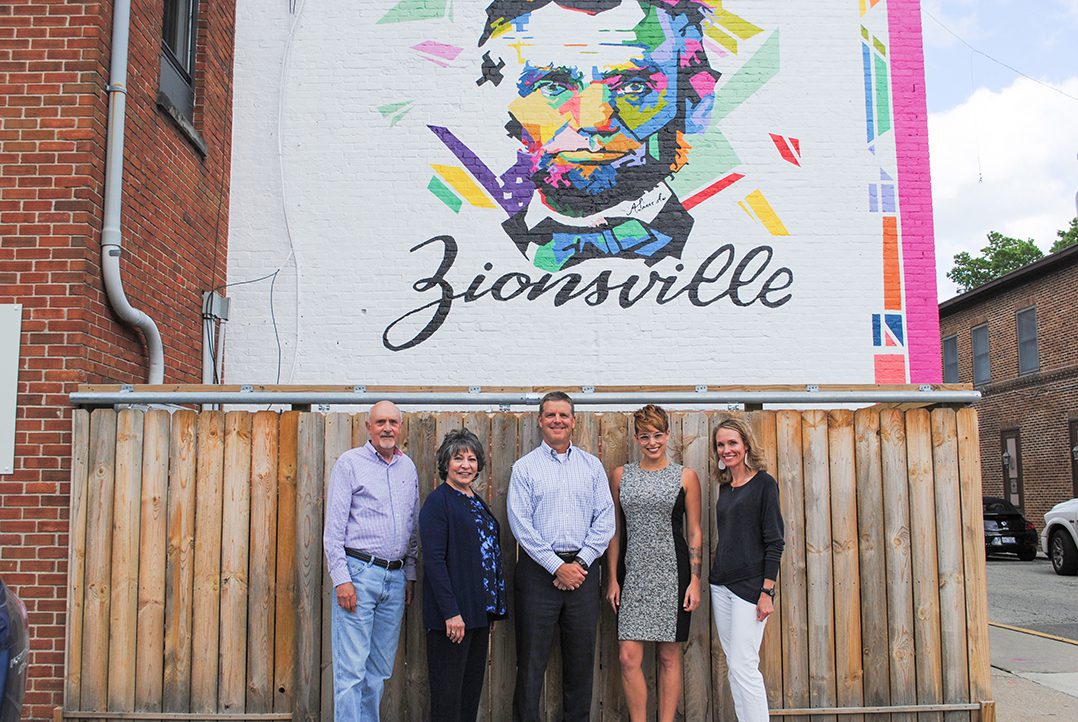 Zionsville Mayor Tim Haak said one of the main drivers behind attracting businesses and new residents is quality of place, and that creating public art helps improve that quality.

“It’s not just about taxes and all that,” Haak said. “It’s about how do they want their employees to live if they want to work here as well as live here and be able to walk to lunch, which is one of the  reasons why we did the bridge pedestrian improvements on south Main and why we are doing a lot of flower planter boxes along Main Street. Creative projects like this are just the next step. Public art can make a big impact for a low dollar.”

Haak said he hopes some of the town’s traffic boxes will be painted by the end of the summer.

“We hope to have a couple projects (completed) every summer. We will build it into the budget, and we think it’s an important part of what we want to do,” he said.