“That’s a major stakeholder in Lawrence Township with Castleton Square and the mall and the surrounding businesses and communities, and I received the impression from the City of Indianapolis that given the shift in the retail business model today, i.e., look what’s happened with the downtown mall, just traditional retail businesses and storefronts clearly has shifted and continues to do so,” Yates said.

Indianapolis city leaders recently announced the Castleton strategic revitalization plan, called My Castleton, and Yates wants to ensure Lawrence Township continues to be a part of the conversation.  Yates said he recently spoke with Indianapolis Deputy Mayor Jeff Bennett and a representative from the consulting firm working on the project.

Yates said Indianapolis officials are beginning to consider what retail will look like in 10 to 20 years and are planning accordingly for the Castleton area.

“You have Castleton as an aging part of the city now. It’s been there for a number of decades and showing some age,” Yates said. “I think the City of Indianapolis is beginning to look at that in terms of perhaps we should re-imagine what that is going look like, how will the mall continue to function as a mall, or will it be re-imagined for different purposes? I don’t know the answer to any of those things, but I think that’s the general conception of this redevelopment plan.”

Yates said it’s important to ensure the Lawrence chamber has a part in the revitalization because Castleton is in Lawrence Township.

“The top two employment sectors in Lawrence Township are health care and life sciences, and the No. 2 employment sector happens to be the service industry and the majority of that clearly is Castleton,” Yates said. “I don’t want to recommend use or say I think it should include X, Y, Z. I think a big part of the conversation moving forward should certainly include connectivity, absolutely, such as multi-model transit, whether that’s for serving via connections to remain a destination location of some sort. That certainly affects workforce and movement of the workforce and attracting businesses and investment retaining a workforce. There are lots of important reasons for connectivity, but that should certainly be part of the conversation.” 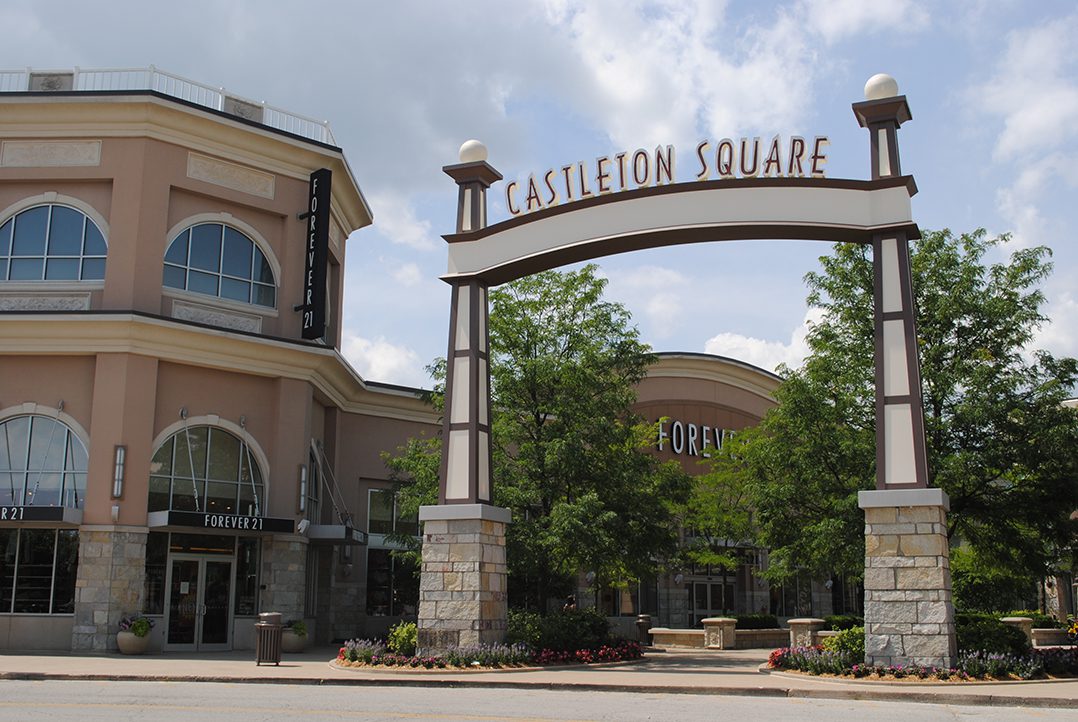 One of Lawrence’s largest employment sectors is the service industry, with opportunities at Castleton Square Mall. (Photo by Anna Skinner)

What happens if the Castleton area remains unattended?

“I think if not attended to, you could plausibly make the case that that area becomes even more troubled,” he said. “It’s going to continue to age. The infrastructure is going to continue to age. One of the largest employers in that mall for some time was Sears, and, well, Sears is gone now. That’s a lot of displaced workers, so that begins to affect employment numbers and none of those things are good for a large amount of land in that pocket of the township.”

Yates also said in addition to improving connectivity, he wants crime-prevention initiatives to be part of the revitalization plan.

“I’m not pointing a finger at the mall, specifically. I’m thinking of the general Castleton area,” he said. “There are challenges with crime in that area that need to be looked at in part of this conversation as well.”

Yates said land use and zoning also should be considered in the revitalization plan.