“We line up over by (Harrison) Hill and the parade goes down Richardt (Avenue) until 47th Street, and then 47th Street east to Franklin, and then Franklin directly north to Community Park,” Collier said of the annual celebration. 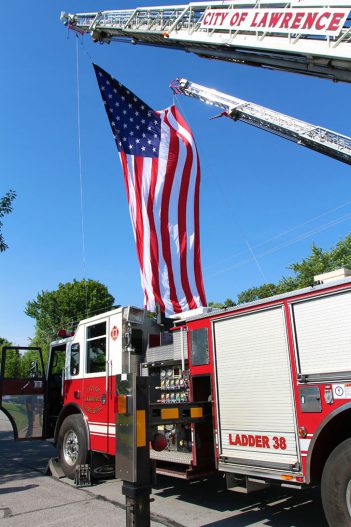 The Lawrence Fire Dept. hangs a Garrison flag at the end of the parade route between its two ladder trucks. (File photos)

The rest of the events for Fourth Fest take place at Community Park. The parade begins at 10 a.m. and travels approximately 2 miles. By the time it reaches Community Park, the Car Show, which runs from 9 a.m. to 3 p.m., is well under way.

Meanwhile, the Lions Club Fish Fry will be from 11 a.m. to 8 p.m. Other food vendors will be on-site from 4 to 10 p.m. Collier said there will be six to eight food trucks lined up along Harman Way.

Collier said live music will begin at about the time the car show ends. Each band performs for 1 1/2 hours. Acts include Half Wired, Cosmic Situation, Shaken Not Stirred and Rural Route 3.

“The biggest thing we will have there will be more floats in the parade,” Collier said. “This is a municipal election year and everybody running for office and everybody who holds office has a float. There will be a larger contingent of Democratic Club and Republican Club floats. (State) Sen. (Jim) Merritt and (Indianapolis Mayor) Joe Hogsett will be there. The Lawrence marching band leads the parade and most of the football teams will be marching together in jerseys.”

Collier said the parade is typically a few hours long and finishes under a Garrison Flag hung between two firetrucks.

“It makes for a great picture as we are coming down,” Collier said.

Last year, Collier said there were 57 floats but he expects more this year. He said parade participants will toss candy and people generally stake out their spots early and line up shoulder-to-shoulder.

“It’s definitely a Lawrence tradition,” Collier said. “We are very proud of that we have the only parade in Marion County on July 4. We always have a great turnout of local officials and statewide officials. Last year we had (former Sen. Joe) Donnelly and Hogsett and myself and Jim Merritt, and this year we may have (Sen.) Todd Young and (U.S. Rep.) Susan Brooks come back (from Washington, D.C.).”

Fireworks will begin around 10 p.m. The show will last for 45 minutes. 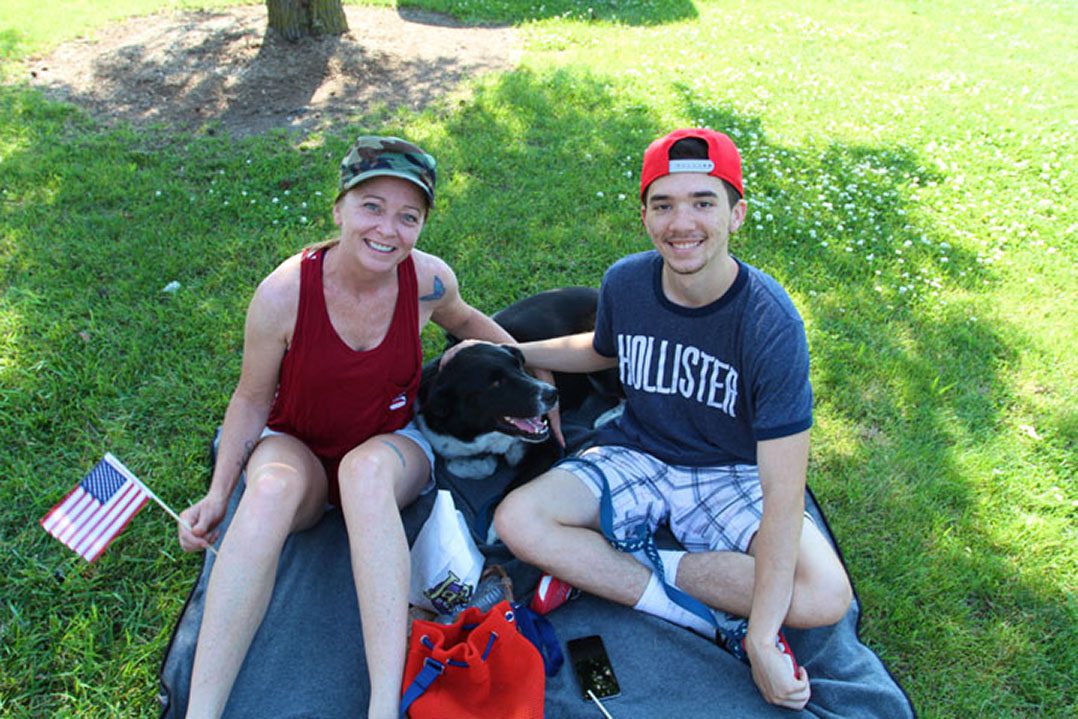 Jennifer and Richard Reeves prepare to
watch the parade with their dog, Pepé.

In addition to Fourth Fest July 4, there will be other events leading up to and following the annual Independence Day celebration.