You are at:Home»Current in Fishers»Fishers Cover Stories»With a bang: Spark!Fishers celebration returns for second year

After a successful first year, Spark!Fishers will return for a two-day celebration June 28 and 29 in downtown Fishers.

“There are some big changes but the look and feel of the festival itself will feel similar to last year,” Parks and Recreation Dept. Director Sarah Sandquist said. “The big changes are we really looked at how we scheduled vendors this year based on load-in and load-out and attendance. Last year, there was a sharp decline in the early afternoon. People may have gone home to take naps or get a rest in before coming back for the parade. We have scheduled zones within the playground of the event where in the morning, there will be the farmers market and artist and artisan area within the amphitheater.”

From noon to 3 p.m., the amphitheater will shut down to allow for the farmers market and artisan vendors to load out.

“The reason we are shifting timelines is based on feedback from last year. It was very hot last year and we noticed and heard that (noon to 3 p.m.) was a quieter time,” Assistant Director of Public Relations Stephanie Perry said. “We tried to structure our festival this year based on that feedback.”

In addition, there will be three stages this year instead of two. They are the main stage at the amphitheater, 6 Municipal Dr., a stage at North Street and Lantern Road and a community stage in front of City Hall, 1 Municipal Dr.

“Right out front of City Hall, that’s our community stage,” Sandquist said. “That means that the talent on it includes community groups, dance groups and local bands. I think all the talent of the festival is local but that (stage) is more specifically school groups, and we’ve partnered with a couple dance groups.”
Fishers Martial Arts also will perform a demonstration on the community stage.

Another new feature will be the Veterans’ Hall display in the City Hall auditorium.

“That is a celebration of our local heroes and we will have video in there with stories of some of our local veterans and active-duty service members,” Perry said. “We are inviting local veterans to come, display memorabilia and talk about their experience.”

To combat heat, the event will feature more misting stations, and dining tents will be set up near City Hall. From 8 a.m. to noon June 29, the tents will house artists and the artisan fair, with items available for purchase. The area will transform into dining tents later in the day. At the June 28 concert with Vertical Horizon and Tonic, the tents will provide seating and shade for concert-goers.

On June 29, a 5K run will kick off the ay at 8 a.m. After the farmers market and artists and artisans fair, the area by the amphitheater will close by the central green in front of City Hall and will remain open with vendors. A parade will occur at 7 p.m., followed by fireworks at 10 p.m.

A free shuttle service will be available for attendees who park at FORUM Conference Center, 11313 USA Pkwy, or at First Internet Bank, 11201 USA Pkwy. Shuttles run from 6:30 a.m. to midnight June 29. 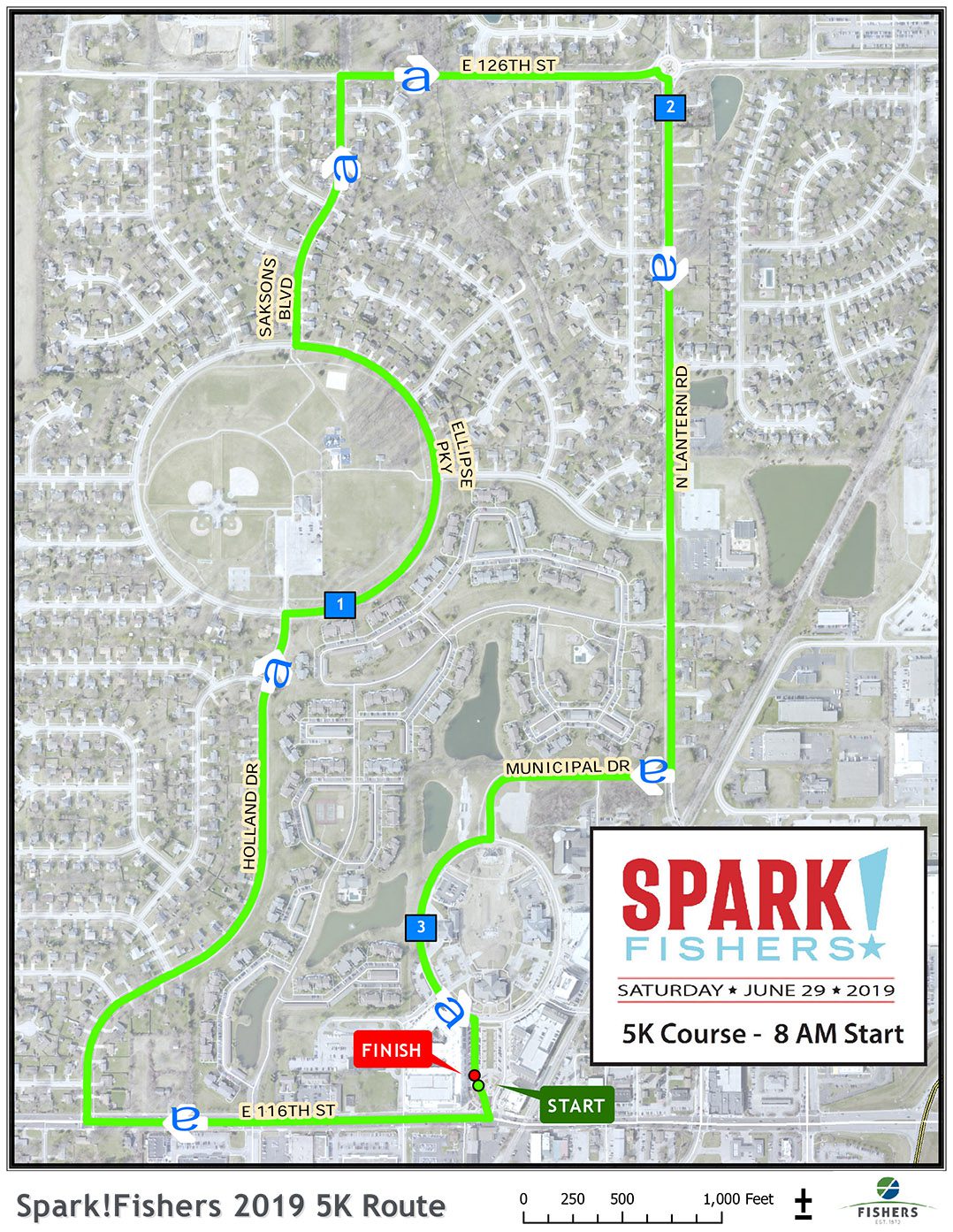 7 p.m. – Vertical horizon and Tonic will perform a free concert at the Nickel Plate District Amphitheater, 6 Municipal Dr. Although the concert is free, tickets are required. Doors open at 5 p.m. To learn how to get tickets, visit sparkfishers.com.

7 p.m. – The parade will include more than 55 organizations.