Nearly 10 months after it was first presented to the Noblesville Common Council, The Levinson has broken ground.

Bringing the first new apartments downtown in 100 years, the $23.4 million project also will bring new parking and retail space to the northwest corner of Ninth and Maple streets in a half-block space south of Conner Street, spanning the east-west block between and Eighth and Ninth streets along Male Street.

At the helm of the public-private partnership between the City of Noblesville and Fishers-based Rebar Development is Shelby Bowen, Rebar’s president and a Noblesville resident.

“I’ve always been interested in Noblesville because it has this existing energy and vibrancy downtown, but what it didn’t have was a lot of rental housing,” Bowen said. “There are a few really cool apartments, but not what you would think about if someone were thinking they wanted to rent. As you start to see people’s desire to kind of live in walkable and energetic areas, you can see the impact that projects like this have in other communities, so I always knew Noblesville was right there. When I started my own company, it’s the first place I came, and then it really came to finding the best location and finding what makes that most sense. Where would people love to live?”

Five stories tall, it will be one of the tallest buildings in the city, comparing only to the historic county courthouse. Because most of the footprint for the development was a city parking lot, the clearing process was quick. A small building that housed Holt Legal Group and Ayer’s Real Estate was removed.

“But it’s no fun to tear down buildings that have been around a long time,” Bowen said. “They’re significant to some people, so we’re going to try to repurpose some of the brick in elements of The Levinson, but at the same time, a lot of buildings have come and gone, even just at that site. It’s just an evolution. Downtown development really does need to recycle. If it just continues to decline, the buildings can become unusable or vacant, and that’s not a strategy for revitalization.”

On the first floor, Bowen said 5,000 square feet of commercial space will allow for one to three new businesses along Ninth Street.

The building’s third floor will primarily house the project’s amenities, including a co-working space, fitness room, club and multimedia rooms. The outside will feature a courtyard for residents with a dog park, pet wash, outdoor grilling, a fire pit and more.

The fourth and fifth floors will house the 85 apartments, a mix of studio and one- and two-bedroom units.

“This project draws not just young people, but also people who maybe don’t want to live in a big house anymore or empty nesters that love Noblesville, that like the same things as young professionals who want to be able to walk to a restaurant, the farmers market, concerts, trails,” Bowen said. “It’s structured, covered parking, a safe place to live, maintenance-free, pet-friendly. We’re excited to have people of all demographics live in our project.

“I think there’s a lot of shared interest in pride in this community. The traditional style of apartment that’s kind of out near the golf course or off of (Ind.) 37, I don’t know that that’s as appealing as something with more of a community feel.”

Seventy-five of the units will be market rate, but 10 will be workforce housing units.

“We worked with the city on those to reduce the rent level,” Bowen said. “So, 10 of the units will have a lower rent than the remaining 75. We’ll create an income qualification cap, but we’re still looking at what that number is. It will allow 10 folks who may not otherwise feel comfortable at market-rate rent to live here, and they’re the same units with the same finishes. There’s no difference between the market-rate units and the workforce housing units.”

In all, the commercial and retail space will be 88,000 square feet. The entire project has an estimated completion date of October 2020.

“The garage will be built first, and then they’ll go in and build the commercial space and apartments,” Bowen said. “The garage will actually be done maybe by the end of the year, but for logistics and safety, it won’t be open because we’ll still be constructing on top and around.”

Bowen said his company also is working hard to tell the story of the history of downtown Noblesville, dedicating the space of the The Levinson’s lobby off Ninth and Maple streets to displaying historic photos and other artifacts. Bowen said he is working with Nickel Plate Arts and Hamilton County Historian David Heighway to accomplish it.

“One of our entrances and exits to the garage is in the (south) alley off of Conner Street, and that’s a really cool corridor, and we’d like to do some things there as well,” Bowen said. “We really want it to feel like it’s a part of downtown history, so we’ll use a lot of our space to try and tell that story. 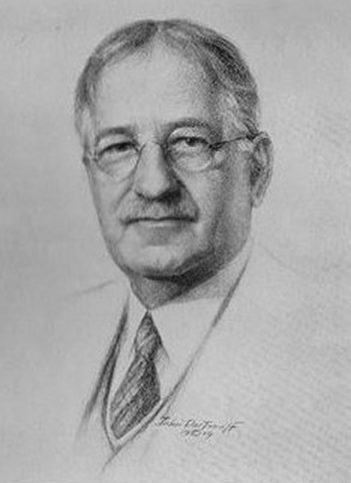 The Levinson’s name is a tribute to the Levinson family, one of the first Jewish families in Noblesville, whose homestead was on the property where The Levinson is being built, just south of the east-west alley on Eighth Street.

The family was known for being charitable, but it was the eldest son of the Levinson family, S.O. Levinson, a Noblesville High School graduate and Nobel Peace Price nominee, who, nearly 80 years ago, donated the land to the city. The land would later be used for City Hall before it was moved to its current site on South 10th Street.