You are at:Home»Current in Carmel»Carmel Cover Stories»In demand: Construction firms struggle to find enough workers, despite many career benefits

Editor’s note: This story is the result of months of research and interviews conducted through a Hamilton County Leadership Academy group project. Some of the information and quotes are taken from a JoyPowered Workspace Podcast, which also was a part of the project. Listen to the podcast at: joypowered.podbean.com/e/careers-without-college/.

You don’t have to look far to see that construction is booming in Hamilton County. From Midtown in Carmel to The Yard in Fishers to neighborhoods popping up throughout Westfield, new buildings and developments are quickly changing the landscape.

Although economic conditions are ripe for growth, they’re creating difficulties for many construction companies, who are struggling to find and retain enough workers to keep up with demand. And in places like Hamilton County, a long-held mindset that four years in college naturally follows high school keeps many young people from even considering a job in the trades, which include careers that can be just as lucrative as some that require a degree – without all the student loan debt.

“It’s really about a lack of education and understanding what the options and possibilities are, and sometimes there are stigmas associated with that, especially in a highly educated community with lots of professionals and people who went to college,” said Melinda Stephan, a college and career counselor at Carmel High School. “I think sometimes people don’t know what the options are, and what you don’t know can be kind of scary sometimes.”

“The messaging has been consistent that having a college education directly correlates with a higher salary and earning potential. While is there is data to confirm that averages do correlate, this doesn’t apply to everyone,” Curtis said. “We work with many people who have bachelor’s degrees, master’s degrees and even PHDs who are not earning any more than non-college degreed colleagues. They are often willing to consider entry-level salaries or pay that is well below what they ‘should be’ earning or thought they would.”

Meanwhile, construction costs and timelines continue to expand as the industry deals with the labor shortage. According to the Associated General Contractors of America, 72 percent of contractors in Indiana are having trouble finding skilled trade workers and 83 percent said they need to hire more workers because business is booming.

‘The gap continues to widen’

For David Decker, attending college was the “next expected step in growing into an adult” after high school. He did well at first, but after struggling to find ways to apply what he was learning, he dropped out and started his own business.

Now, the Fishers resident is the founder and CEO of ACo, a full-service kitchen, bath and flooring dealer in Carmel. He’s troubled by the statistic that 60 percent of students who enroll in four-year college programs don’t graduate within six years, and he’s doing something about it.

Decker is launching Hub & Spoke, a design center that will include a makerspace, warehouse, co-working and retailers. One of it’s main goals, however, is to educate students – and the community at-large – about the variety of jobs available in homebuilding and design industries and provide a place for them to explore related careers in a hands-on environment. The 86,000-square-foot center is set to open in February 2020 along the proposed Nickel Plate Trail in Fishers.

“Almost half of the workforce in the skilled trades is over 45 years old, so they’re nearing retirement and there’s not really a big push for new kids to come in. You can see the gap just continues to widen,” Decker said. “There’s this real stigma around the industry. The kids don’t realize those opportunities are there.”

Carmel-based Mattingly Concrete owner Will Mattingly, who didn’t attend college, said his business, like so many others, has struggled to attract young workers because they often don’t realize the immediate earning potential in the field. He’s started offering scholarships to students interested in studying construction who come work for the company in the summer.

“The hope is to open the eyes of some of these young people to show them maybe they can make a good living and live in a nice neighborhood and have the white picket fence and everything doing a trade,” said Mattingly, a Carmel resident.

As the construction industry does what it can to promote the benefits of a career in the trades to young workers, several high schools in Hamilton County also are trying to get the message out.

At Westfield High School, students interested in construction have the opportunity to build a house inside the school each semester. In Noblesville, the district’s expansive internship program includes partnerships with several construction companies to give interested students a taste of those careers.

At CHS, Stephan said she tries to get students to evaluate their interests and strengths before they make a decision about what to do after graduation. Once they better understand who they are, she can help guide them through options after high school, whether that includes a career in construction or not.

“As they start to figure out what they’re good at and what they want to do, that’s where the conversation about college or not (going to) college comes in,” she said.

Noblesville resident Chuck Haberman, leader of workforce development at Gaylor Electric, said that only 15 to 20 percent of the more than 1,200 employees at his company have a four-year college degree. He said it’s a “big misconception” that working in construction is a fallback if other plans don’t work out. Gaylor is always seeking new workers and provides training and support to help them reach their career goals.

“In the end, anybody can do it if they’re willing to take the time to learn it and put in the effort to really master the craft,” he said. “It can be really rewarding for a very long time.” 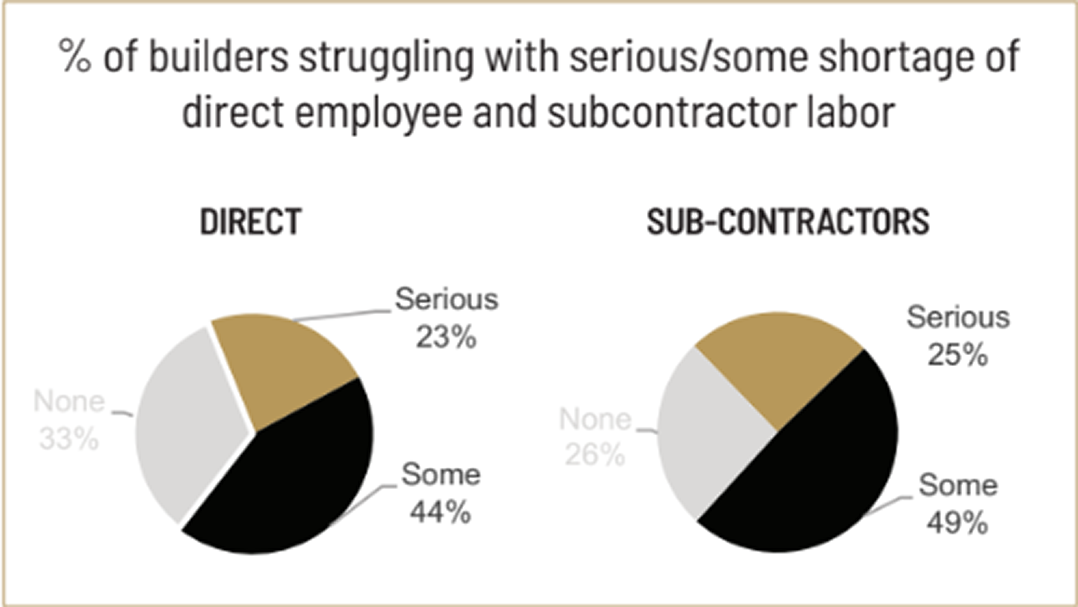