You are at:Home»Current in Zionsville»Zionsville Cover Stories»An INDOT interchange: Public comment accepted until May 9 on upcoming road construction

Boone County residents have until May 9 to submit comments, suggestions or concerns about the Indiana Dept. of Transportation’s proposal for an interchange modification at I-65 and Ind. 267 and a new interchange at I-65 and County Road 550 S. The proposal also includes modifications to the I-65 northbound exit ramp at Whitestown Parkway and the I-65 southbound exit ramp at I-865.

A public hearing April 23 in Whitestown allowed people to comment specifically on the EA environmental document. Mary Wright, an employee with INDOT’s Office of Public Involvement, said the project has had more public involvement than most other INDOT projects.

INDOT representatives explained the purpose of the project before opening the floor for public discussion. According to INDOT officials, the project is to improve traffic operations along the I-65 corridor, from I-865 to Ind. 267 near Whitestown. Another purpose is to provide improved connectivity between I-65 and the area along the CR 550 S corridor. The project is anticipated to cost approximately $46-$47 million.

INDOT officials said they are trying to address transportation requirements of the area, which is growing quickly, especially with industrial and commercial growth.

The improvements are expected to reduce traffic congestion on I-65 and enhance safety. Approximately 65 acres of right-of-way is required for the improvements, which also includes the relocation of an agricultural facility that contains a residence.

Public speakers voiced concerned about the lack of berms and increased noise pollution. Zionsville resident Craig Triscari spoke on behalf of the Saratoga neighborhood, which is near the proposed construction.

“I wouldn’t say we oppose it or don’t oppose it because the traffic in that area is pretty bad ,” he said. “One of our concerns is the light, and noise issue increases dramatically if you expand a portion of the road toward residential areas. Whitestown needs to fix that area, put up berms and trees to block noise created by the events you are putting in. Additionally, we see the traffic in that area is going to pick up dramatically in that community.”

Other speakers said it was dangerous to have so many entrance and exit ramps so close together on I-65 because they would create an interrupted flow on I-65.

The public comment period for the environmental assessment began April 8 and ends May 9. Hard copies of the environmental document and the preliminary designs are available the Hussey-Mayfield Memorial Public Library, 250 N. Fifth St., Zionsville; the INDOT Crawfordsville District at 41 West 300 North, Crawfordsville; and the Hearings Examiner, Room N642 of the IGCN, 100 N. Senate Ave., Indianapolis. 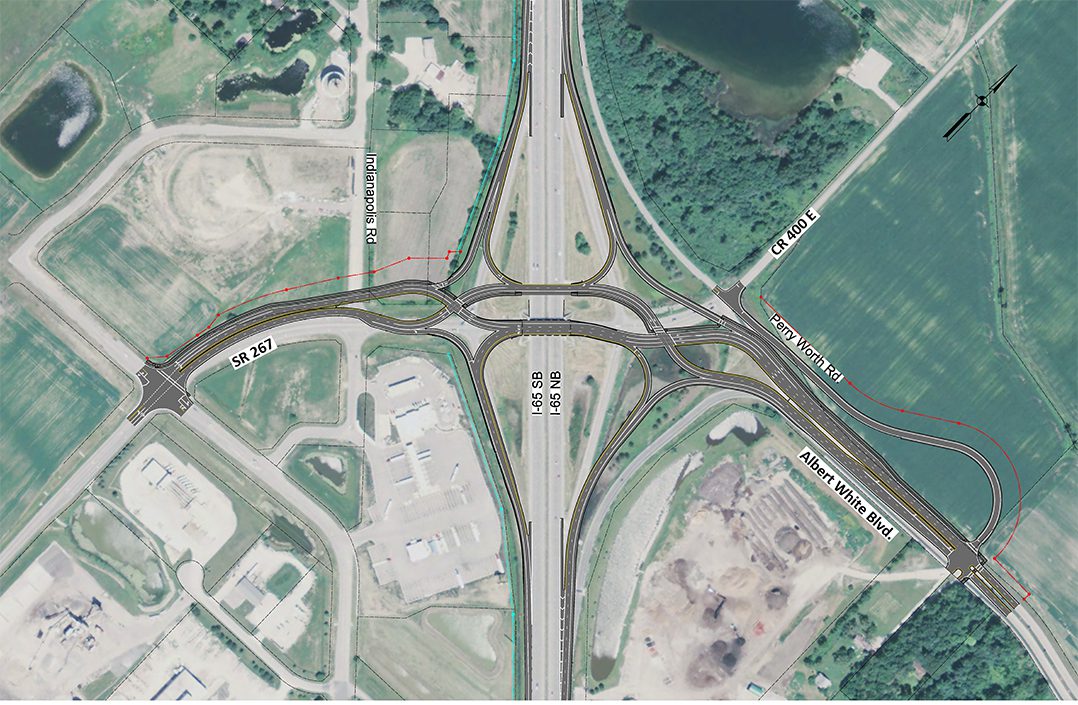 An aerial exhibit of the modified interchange at Ind. 267 and I-65. (Submitted image) 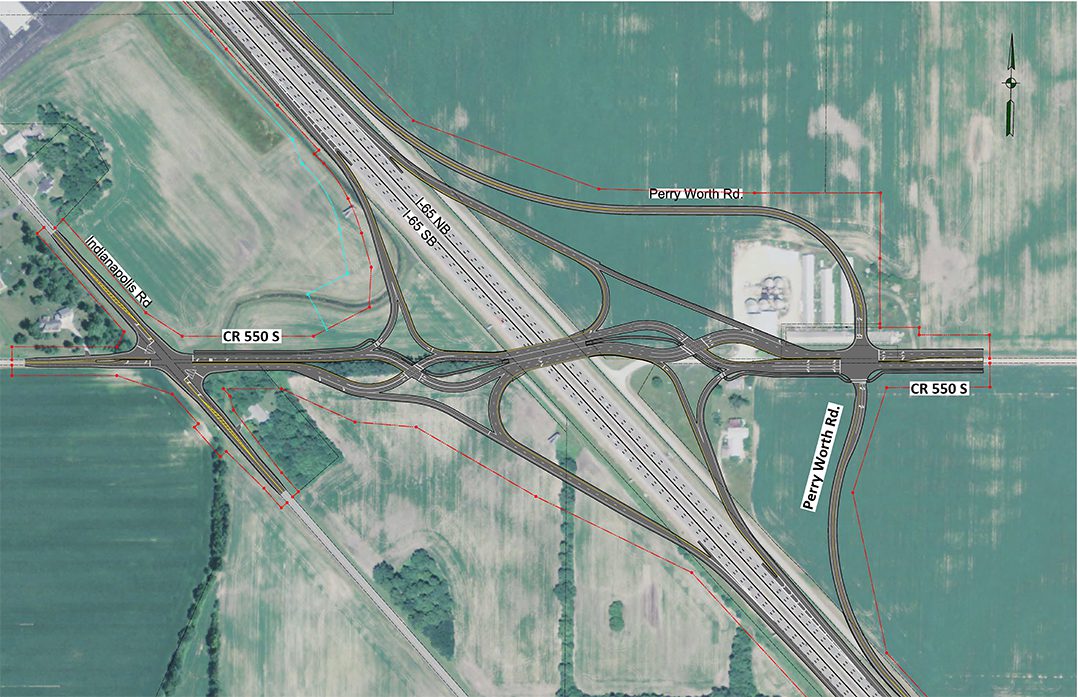 An aerial exhibit of the new interchange at CR 550 S and I-65. (Submitted image)

Indiana Dept. of Transportation officials don’t expect a full closure of I-65. But they do expect temporary lane closures during construction of approximately 20 minutes at a time while crews set beams and complete bridge work at the Ind. 267 and CR 550 S interchange areas.