You are at:Home»Current in Westfield»Westfield Community»Davis to retire as WWS athletic director

After 22 years at Westfield Washington Schools and 33 years in education, Westfield resident Bill Davis will retire at the end of the 2018-19 school year, 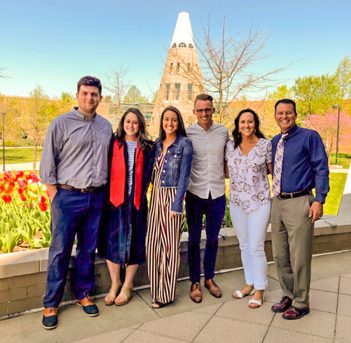 “It’s been a very rewarding position because when I started here, there were 714 kids in the high school and there are currently 2,350 at the high school,” David said. “We have seen a lot of growth, and it’s been a great opportunity to grow with that.”

Davis said he doesn’t have any special plans for retirement.

“Currently, I don’t have any real plans other than just being able to serve in some ways I haven’t been able to commit to and had to say no to in the past because of being the athletic director and what all that entails,” Davis said. “I’m looking forward to doing some of that and seeing what the next phase might bring.”

Davis said he couldn’t ask for a better group of people to work with than the staff at Westfield.

Davis said athletic secretary Chris Rogers, whom he hired 22 years ago, will continue to be secretary under Tebbe’s leadership.