You are at:Home»Current in Fishers»Fishers Community»Cecilia Coble files for re-election in Fishers’ at-large district

Cecilia Coble recently filed to run for re-election for her at-large seat on the Fishers City Council. She has served on the city council since 2015, when Fishers became a city. 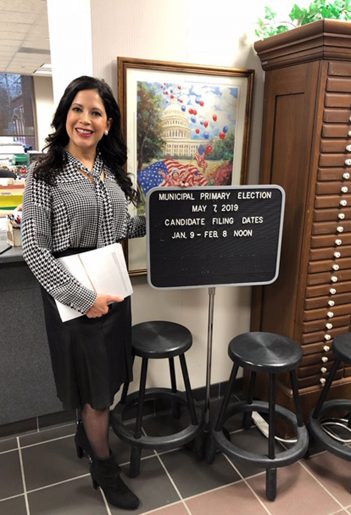 In addition to serving on the council, Coble is the chair of the Fishers Advisory Committee on Disability. In that role, she campaigned efforts to raise awareness and open up opportunities in the business sector for individuals with disabilities, which helped lead Fishers to receiving the 2017 Champions of Inclusion Award from the Indiana Governor’s Council for People with Disabilities.

Coble also has co-chaired the Parks and Open Space Task Force for the development of the 2040 Masters Plan and the City of Fishers Comprehensive Plan.

“I’m proud of what Fishers has accomplished in the last five years. Not only have we continued to build Fishers through sound economic development, top-notch parks and recreation opportunities, and fiscal responsibility that is second to none, but we have also led to bring awareness and inclusion, creating a better quality of life for all our residents,” Coble stated in a press release. “I look forward to continuing our momentum of creating a strong sense of place in Fishers by prioritizing fiscal responsibility, public safety, and the efficient and effective delivery of city services.”

Coble is an advocate for law enforcement. She is the daughter of a retired FBI special agent. She also is a founding member of the Fifty Club of Fishers, which provides supplemental life insurance and disability benefits to Fishers firefighters and police officers injured or killed in the line of duty.

Coble also serves on the board for the Bev Hartig’s Huntington’s Disease Foundation and the Giving Hope Foundation. She recently was appointed to the Fishers Arts and Culture Commission and is an associate member at the Christamore House Guild.