You are at:Home»Current in Westfield»Westfield Business Local»Westfield Referral Network brings businesses, individuals together

The Westfield Referral Network recently began its own group, having previously operated as an affiliate under Business Network International.

Jeff Boller, a member of the network, said operating individually will allow the network to grow and involve more businesses. 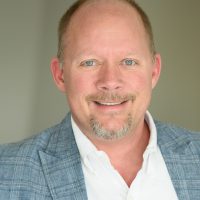 “We felt like it was going to allow us to grow more because BNI has fees, and a lot of companies don’t want to pay the fees associated with being part of that network, so we spun off on our own in September 2018,” Boller said. “Westfield Referral Network is made up of businesses either located, or who do business, in Westfield, so the goal is really to promote business among partners and look for opportunities to generate business for members of the group.”

The networking group has approximately 12 members and is actively seeking more. The group meets weekly from 11:30 a.m. to 1 p.m. at Boller’s Vision One Real Estate office, 3501 Westfield Rd.

“The first 15 minutes is general networking and we get into our meeting, then after the meeting we allow the members to get up and give a 60-second ask,” Boller said “This is a ‘Who we are, and this is our best referral, and this is something we need for the week,’ and it could be, ‘We’re looking for contacts at this company or we’re looking for a certain prospect,’ or it could be something personal, that they want to try to benefit a charity or something like that. It really depends upon what each of us have going on that week.”

Speakers are featured at the the meetings, typically rotated among members, where each gives a presentation about the services they offer or something they want to promote. The speaker isn’t always a member but often is.

Dues are $50 per quarter. For questions or to join, email Boller at jeff@visiononerealestate.com.