By mid-February, students in Dan Reddan’s Fishers High School oceanography class will actually be able to see how waves are made.

Reddan recently received a $1,900 grant through the Hamilton Southeastern Schools that he applied for in the fall. With it, he purchased a 500-gallon, 8-foot long tank to offer labs on how  waves or tsunamis form. The tank is 2 feet wide by 2 feet deep.

“I am constantly trying to improve things (in the classroom), and I got an email during the first semester looking for grant applications from HSE Schools Foundation. I ended up thinking about it and thought, ‘Man, it would be nice to be able to bring something different in,’” Reddan said. “I thought about trying to build one myself, but when you’re dealing with water and that many gallons, you want to make sure it’s built properly. I don’t want to have a flood issue.” 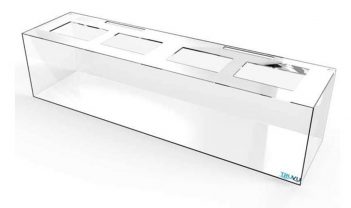 An example of what the wave tank may look like. (Submitted photo)

Reddan recently heard back from the tank company and said it should be delivered mid-February. He will then use two plastic sheets, one solid and one with holes drilled into it, to make the waves.

“What I’ll end up doing is taking a plastic sheet, firm plastic, and you have two stacked on top of each other and you drill holes in the top one, and the bottom on is solid, and you just attach string to it,” Reddan said. “The plastic is weighted at one end, so when you lift up on it, it creates a wave, but because it’s got holes in it, it falls back down.”

“For tsunamis and things like that, it takes a different type of mechanism because they’re created in a whole different way,” Reddan said. “That’s why you can’t go with a pre-made wave generator. I will create something to make a landslide. Or, the other way would be to create a sheet (of plastic), but this time you lift straight up (it’s not weighted at one end), because a tsunami literally lifts the whole ocean up and sends it back down.”

Reddan’s goal is to make science classes as hands-on as possible.

“There’s a lot that can be done with that in terms of making it more visual,” he said. “We are really trying to make science classes hands-on, and this is just another step in that direction.”

Students learn about more than just waves in Reddan’s class. FHS senior Luke Hernandez and junior Cory Wolter had their own favorite takeaways from last semester.

“I never knew how bad of a condition the ocean was in before taking (the class),” Wolter said. “I just thought there was not much trash out there, so if I can throw that one piece of garbage out there, it’s not going to affect anything. But when everyone’s thinking that, it starts to pile up, and when taking that class, you realize that’s what actually happens.”

Hernandez said his favorite part of the class was learning about sharks.

“One thing I thought was interesting was sharks aren’t as dangerous as people make them out to be,” he said. “They have a bad reputation.” 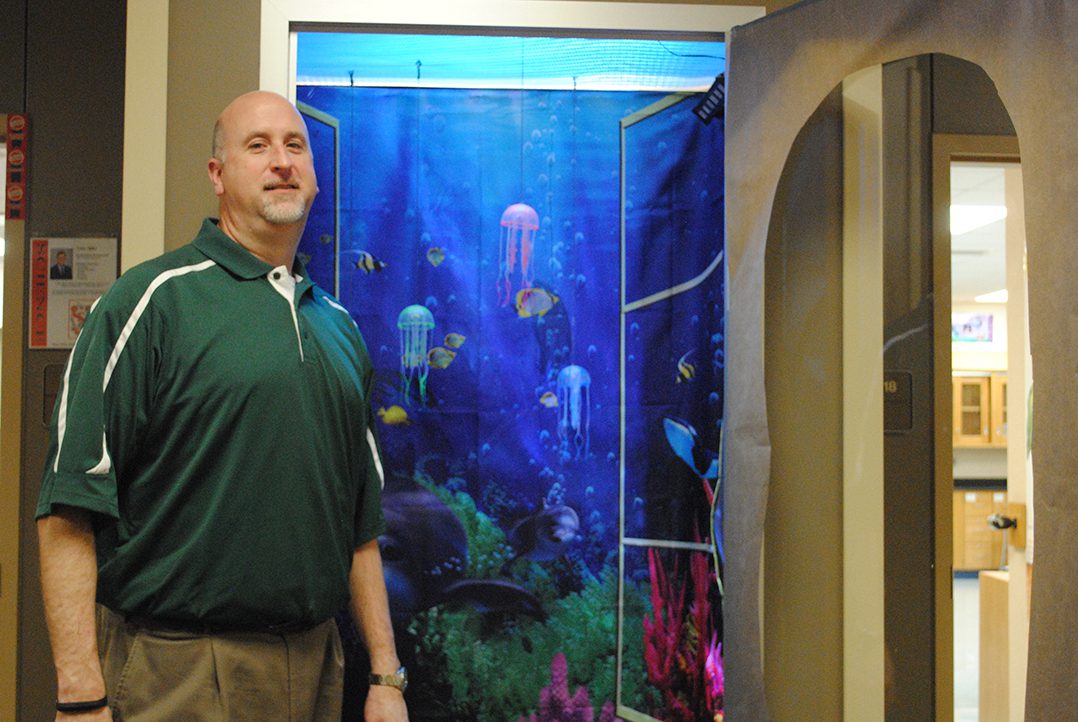 How oceanography became a class at Fishers High School

Dan Reddan has taught science classes for several years at Fishers High School, and one former student — Kody Bohannon — persistently encouraged him to teach an oceanography class, which was launched in the 2014-15 school year.

“At first, I thought, ‘I don’t know,’ and then at the start of his junior year, (Bohannon) asked me again, and I said, ‘It would be kind of fun,’ so I put in for a proposal and got it approved in time for his senior year,” Reddan said.