Actors Theatre of Indiana’s production of “Ruthless The Musical!” includes a unique component.

Eleven different well known area residents, including Carmel Mayor Jim Brainard, will perform in a rotating cameo role in the comedy. Brainard will appear in the Feb. 2 show.

Carmel City Councilor Jeff Worrell is the only person scheduled to appear more than once, appearing in the Jan. 31, Feb. 13 and 15 performances. 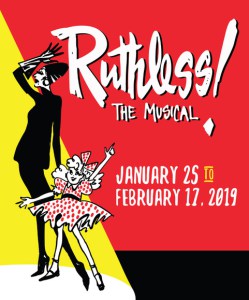 ATI co-founder Cynthia Collins, who is acting in the show, said the play materials suggest the possibility of using the role for a local celebrity.

“It’s set up by the authors,” Collins said. “A lot of theaters do that, and we thought it would be fun. The whole show is a complete crazy farce.

“We can’t say who the character is because that’s a surprise,” Collins added. “They do have line. They are a punchline to a running joke throughout the show. They’re all really nice to do this and give their time. Hopefully, (the rotating actors) will have a good time even though it’s short and sweet, it’s pretty funny within the context of the show.”