You are at:Home»Current in Zionsville»Zionsville Cover Stories»Help Wanted: With jobs on the rise, Boone County businesses struggle to fill positions

With a record-low unemployment rate, workforce development in Boone County has become a hot topic for municipal representatives.

The Boone County Economic Development Corp. announced last month that 16 companies chose to expand or locate in Boone County in 2018. The businesses anticipate hiring more than 1,300 people and investing more than $279 million in the community during the next few years, and the investment has a projected tax impact of more than $18 million.

The Town of Zionsville reached its “80-20 by 2020” objective two years early, a goal to have 20 percent of its tax income from commercial property. Although the industrial sector has expanded in Zionsville in recent years, the bulk of its new businesses in 2018 were retail, including Kim’s Cookie Cafe, Zionsville Olive Tap, Get Go and ReStore, among others. 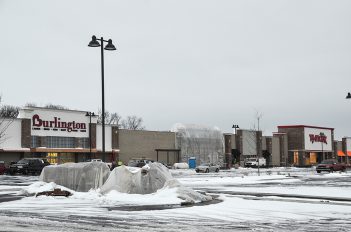 In 2019, Whitestown will welcome at least 19 retailers in the Shoppes at Anson development, such as Burlington Coat Factory, T.J. Maxx and Hobby Lobby. (Photos by Sara Baldwin Schatz)

So many new retail businesses opened in Whitestown in 2018 that Tanya Sumner, director of public relations for the Town of Whitestown, often organized multiple ribbon cuttings per day.

“It’s almost too much to keep up with, but it’s a good problem to have,” Sumner said. “Depending on how you divvy it up this year, there will likely be even more than last year.”

Whitestown will welcome at least 19 retailers in the Shoppes at Anson development, such as Burlington Coat Factory, T.J. Maxx and Hobby Lobby. Several new businesses also are planned for the Maple Grove retail center, including a wine bar, Mexican restaurant and smoothie shop, among other businesses.

“It’s going to snowball with the (Shoppes at Anson) grand openings really soon,” Sumner said. “In addition (to the retailers,) we’ve got six outlots where some of the bigger sit-down restaurants are going to locate once the retail is up and running. This is a piece our residents have been asking for for years.”

Sumner said finding workers is a continuing challenge for employers across the state.

“That’s the No. 1 challenge I hear from all of these businesses,” Sumner said. “The unemployment rate is so low and the economy is so good, if they’re not high-wage jobs, they’re harder to fill.”

Sumner said the community affluence plays a role, because many teenagers do not have to work.

“I try to help get the word out (when businesses are hiring) because it is hard for them,” Sumner said. “The ones that are successful are drawing employees from other communities by advertising outside of the community.”

While the towns and county tax bases continue to grow with each new business, filling those jobs could be challenging in an area that encompasses many rural towns.

In Boone County, as well as in other areas across Indiana, the unemployment rate has hovered around 3 percent for more than a year. While that is positive news for workers, many companies are struggling to hire from a decreasing pool of candidates.

With a 2.8 percent unemployment rate, Boone County’s is the sixth-lowest in the state, according to a November 2018 report by the Indiana Dept. of Workforce Development.

“This is not a problem exclusive to Boone County,” Boone County Economic Development Corp. Executive Director Molly Whitehead said. “Every community across the state and nation are facing this issue.”

Boone EDC, under contract with Boone County and municipalities to serve as an ambassador of economic development, also has become a leader in helping connect companies with workers.

With job fairs, the creation of a Boone County Manufacturing Alliance, wage and benefits surveys and other avenues, Boone EDC aims to connect businesses with potential employees and help retain the employees they have.

“Creating a group like the Boone County Manufacturing Alliance, we hope to make connections with other manufacturing groups,” Whitehead said. “(The businesses) will be able to have a deeper understanding of what their neighbors are doing, which helps problem solve.”

While Boone County does not lack in population or job growth, its shortage of affordable housing could be causing some workforce issues.

In September 2018, Hamilton County-based Housing and Neighborhood Development Inc. expanded to Boone County and invested more than $2 million to acquire and renovate 17 duplexes in Lebanon, which it will maintain as affordable apartments for low-income residents. The goal is to solve a housing issue and a workforce issue. 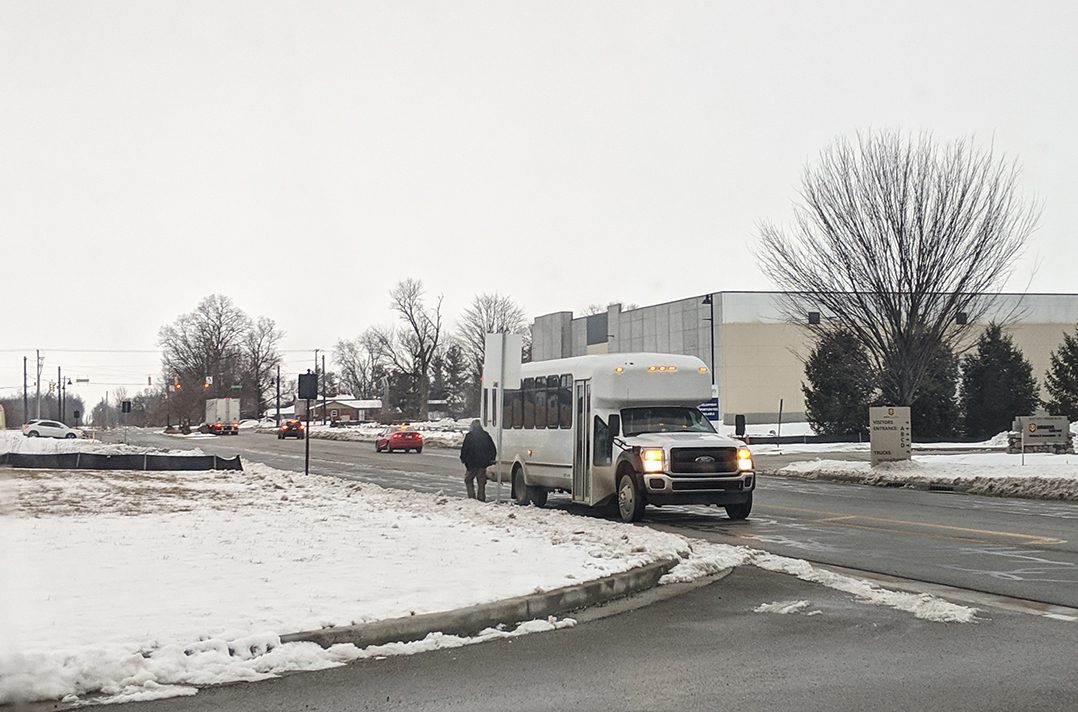 The Whitestown Connector, a bus service of Central Indiana Regional Transportation, drops off a worker in front of the Amazon Fulfillment center in Whitestown’s industrial park area.

The Whitestown Connector, a bus service of Central Indiana Regional

Transportation, drops off a worker in front of the Amazon Fulfillment center in Whitestown’s industrial park area.

Additionally, the Whitestown Connector, a service of Central Indiana Regional Transportation Authority, shuttles workers to Whitestown jobs. The Connector picks up from IndyGo routes and travels through Whitestown’s industrial park area off I-65 exit 33.

The CIRTA bus program began more than three years ago, but funding expired in 2018. The town re-subsidized the bus line using tax increment financing, which reallocates funds from property taxes to encourage investment within a district.

The Anson area, straddling Whitestown and Zionsville, is just off I-65 exit 130. The Connector passes it on the way to Whitestown’s industrial district.

“The bus line goes to Amazon, the GNC (distribution center) and more,” Sumner said. “But they don’t stop at exit 130, and that may be something to look into.”