You are at:Home»Current in Carmel»Carmel Community»Carmel Clay Parks & Recreation director to retire Dec. 28 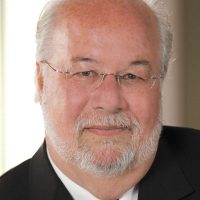 The CCPR board voted to accept Westermeier’s resignation at its Dec. 11 meeting.

“We owe you a debt of gratitude for stepping in when you did at a time the system really needed a dynamic leader like yourself to grow it from virtually a skeleton staff to a gold-medal winning park system nationally revered for our practices,” CCPR Board President Rich Taylor said.

Westermeier credited CCPR staff members for their role in achieving several milestones during his tenure, including the launch of the Extended School Enrichment program at Carmel Clay Schools, the opening of the Monon Community Center and several national awards.

He said the job “never lost its appeal” and that he’s enjoyed serving as a mentor to young professionals throughout the years.

“Part of this story is the people that have left us and gone on to other departments and taken what we’ve been doing into other parts of the U.S.,” Westermeier said during the meeting. “That’s where I see the legacy of Carmel parks.”

CCPR Chief Operating Officer Michael Klitzing will serve as interim director until the board names a replacement, an announcement expected at its meeting in January 2019.