You are at:Home»Current in Carmel»Carmel Community»Soho Café to expand into new space at Carmel Clay Public Library

Soho Café and Gallery is planning to expand in 2019 by opening in upgraded space in the Carmel Clay Public Library. 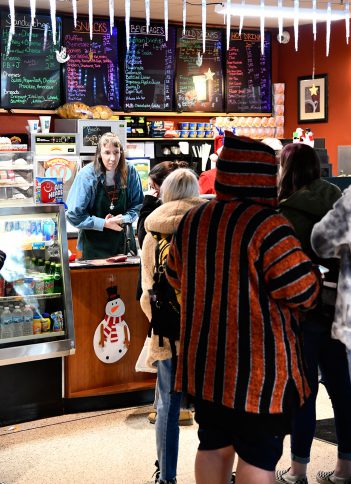 The library is in the early phases of a renovation and expansion project, and among the changes will include revamped café space occupied by Soho, which is owned by Vivian Lawhead, a member of the CCPL Foundation board of directors.

“Soho Cafe & Gallery has a built-in audience and set of programs that they will bring to the space. They will be reviewing new operational hours and a fresh new menu for the library space,” CCPL Director Bob Swanay stated in an email. “In addition to that, (Lawhead) is a lifetime Carmel resident and library user as well as retired teacher and media specialist from Carmel Clay Schools. Not only does she sell great products, she understands and supports the importance of the library in our community.”

The news came as a disappointment to Kevin Russell, 63, who began operating Monon Coffee & Sweets six years ago near the library’s southwest entrance. A disabled U.S. Army veteran and member of the Whitestown Town Council, Russell said the café has become a hotspot for Carmel High School students who walk across Main Street after school to grab a drink or snack to enjoy while they study.

Russell said he received a letter from Swanay Nov. 30 that said he had 90 days to shut down the café and remove his property. It stated the library would not be entering into another contract with Monon Coffee and Sweets. Swanay said the previous contract had expired and that the café was already beyond its terms.

Russell said the decision came as a complete surprise and that the café hadn’t received any complaints or been asked to make any changes. He said after investing so much time and money into the café, which lost money in the first few years he operated it, he could be left financially strapped.

“I’ve got debt from this shop from the first three years of losing money. The debt was being paid off, but if I’m out of business this year (that) could essentially bankrupt us because of that debt,” Russell said. “That was not a problem before now.” 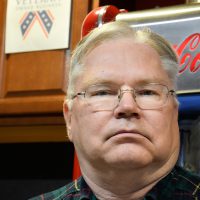 Russell, whose wife and children have also worked at the café, said he was looking forward to expanded possibilities with the move into the new space and was disappointed to learn he wouldn’t be part of it. He said Lawhead approached him about buying Monon Coffee & Sweets in 2014 but that their discussions quickly fizzled out.

He hopes library leaders have a change of heart, but if that doesn’t happen he said more than anything he’ll miss the students who frequent the shop.

“We’ve watched these kids grow up,” he said. “There are kids we served in elementary school that are in high school now. I can’t speak highly enough about the kids at Carmel High School. They really are a wonderful group of kids.”

Swanay said he offered sincere thanks and appreciation to the Russell family for their years of service. But with the expansion, he said it makes sense to “pursue a new opportunity.” He also said that Lawhead’s position on the foundation board did not play a role in the decision.

“Our agreement with the current business had expired, making this a good time for the change,” Swanay said.

The announcement comes less than two months after the Carmel City Council approved the city’s purchase of Monon Square, an aging shopping center at Range Line Road and City Center Drive that is home to the original Soho Café. The city plans to work with a developer to bring multi-story mixed-use buildings to the site, but construction isn’t expected to begin for years and current tenants are welcome to stay until then. The city is hoping that many of them will be part of the future development.

Lawhead owned the Monon Square shopping center before selling it to the city and has not responded to requests for comment on the future of Soho’s Monon Square location and plans for opening a new space in the library.