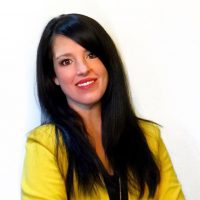 “We encourage people to clap when they feel like it, not necessarily just at the end of the piece, which some older patrons don’t like,” said Dimond, who replaced retired Executive Director Alan Davis in mid-July. “But that’s the way classical music was written and originally premiered. People would clap throughout it, so if you feel like clapping, clap.”

Dimond’s mission is to “making music more accessible to people and realizing that someone new coming to the symphony might be scared to death on what barriers are there, what to wear and when to clap, which is the biggest question.”

So CSO is using marketing tools to take those barriers down. The CSO will open its 43rd season with “Orchestral Showcase” at 7:30 p.m. Oct. 13 at the Palladium at the Center for the Performing Arts in Carmel.

CSO music director and conductor Janna Hymes holds a pre-concert talk at 6:30 p.m. in the Robert Adam Room at the Palladium. That discussion is now called “Meet the Music.”

“It was called ‘Music Matters,’ but we renamed it to let people know it’s more about behind-the-scenes (information),” she said.

There are fun facts on music and composers on the website, carmelsymphony.org, prior to each concert.

There is a Spotify playlist if people want to listen to the music that will be performed before the concert.

“We want to bring in new people and make our current patrons feel closer to the music,” Dimond said. “The more you know about a piece, the more you enjoy it.”

Dimond is working on finding a venue for a post-concert.

“We trying to find a location where our musicians and patrons can go to celebrate the concert afterwards,” said Dimond, who was previously managing director of the Midland (Mich.) Symphony Orchestra.