Pianist Lorie Line prides herself on a strong ear.

That comes in handy on the concert stage.

“I’m most known for doing a medley of requests,” Line said. “People shout out requests and I write it down. Then I play about 15 minutes of all 20 to 25 songs that people love. It’s all off-the-cuff by ear. It’s something I’m known for doing.”

Line will perform at 7:30 p.m. Aug. 11 at the Studio Theater at the Center for the Performing Arts in Carmel. Her tour is called “The Lorie Line Simply Grand Solo Piano Tour.” 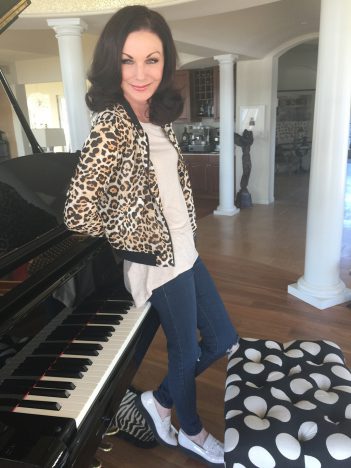 “When I do the holiday tour, I bring a pop chamber orchestra and a special featured vocalist,” Line said. “When I do this tour, this is for diehard fans that really just love me. They love it because there is nobody else on the stage, it’s just me.”

Line performs 90 minutes with no intermission. Line said when you take a break you sometimes lose your momentum.

Line, who lives in Minneapolis with husband/manager Tim, tours about four times a year to different parts of the U.S.

“I do about five or six cities and then I come home,” she said. “I’m coming to Carmel for the first time, but I have a whole bunch of friends and fans from Indianapolis. I’ve been going there for years and years and years.”

Traditionally, Line said she comes to the Indianapolis area for her holiday show. She had been doing the holiday show for 29 years.

“I’m going to do the non-holiday show to keep my foot in the door in Indianapolis,” Line said. “I’ve been at almost every theater in Indianapolis. This is fun because I’m coming to a new theater I’ve never come to before.”

Line has a vast catalog to draw from. She has recorded approximately 50 albums and has published 60 books on music.

“Most of my material is non-holiday, so everyone gets to hear their favorites,” Line said. “The fun thing for me is I have a brand new album. It’s called ’No Worries,’ and it’s going to be coming out in August, so I’m going to be playing brand new songs. It’s a pop project, and I haven’t done a pop project in about 10 years. It’s all the crazy stuff that’s (been) really popular the last 10 years, everything from Sam Smith to Ed Sheeran to Adele to even some fun things like ‘Game of Thrones.’”