You are at:Home»Current in Geist»Geist Cover Stories»Evolution of policing: Hofmann details law enforcement in Lawrence during state of police address 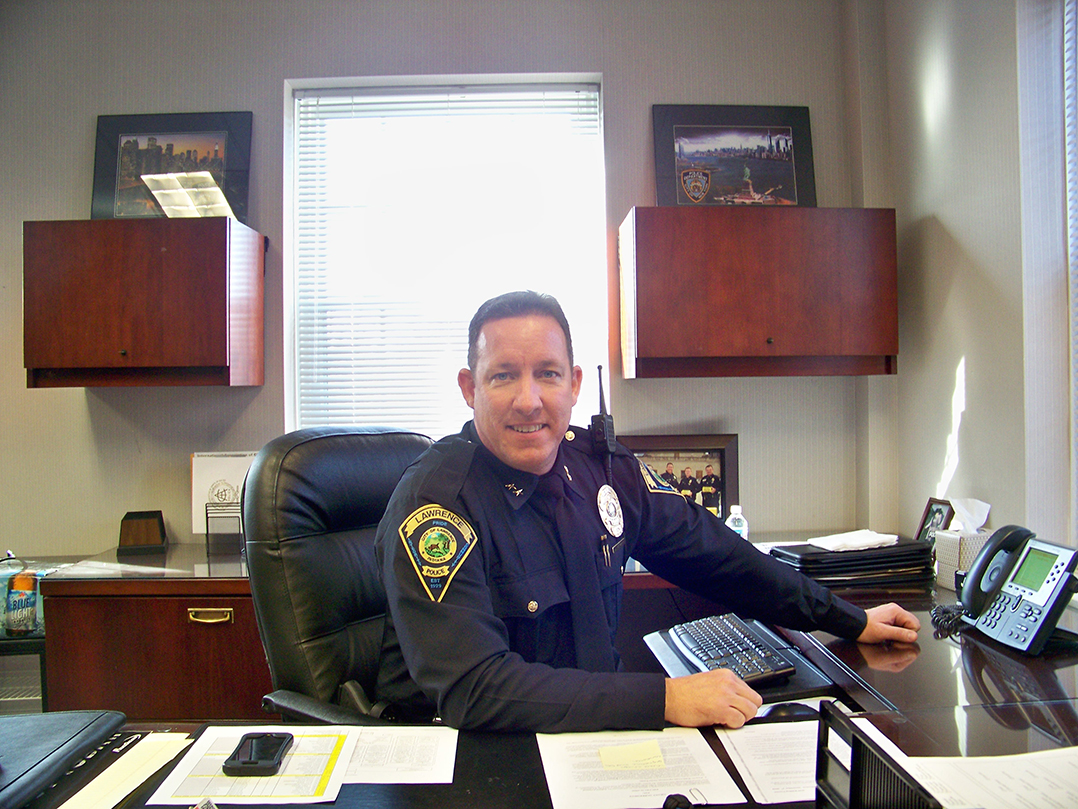 For the past 2 1/2 years, David Hofmann has led the Lawrence Police Dept. as its chief. He was hired when Lawrence Mayor Steve Collier took office.

On July 12, Hofmann addressed members of the Greater Lawrence Chamber of Commerce at its monthly Breakfast Before Hours event at Westminster Village North.

“LPD was established in 1929. Next year is our 90th year in existence. As you can imagine, back then it was probably just one guy who got up and went out looking for bootleg liquor,” Hofmann said. “But we’ve obviously evolved as a police department and as a city.”

Hofmann said through the years, the department has grown with the city, but in many ways has been “squirreled away” in threadbare facilities.

“Whether it’s a two-bedroom house on McCoy Street, which was basically an abandoned house that was turned into a police station, then they were in a township trustee’s office for awhile in a basement that just flooded all the time,” Hofmann said. 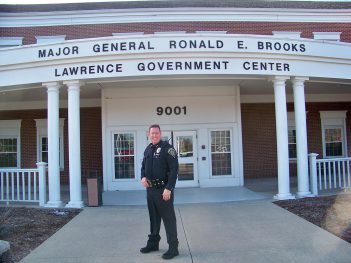 Today, the Lawrence Police Dept. is housed in the city’s government center at 9001 E. 59th St., where it has been for more than eight years.

“We’ve never had a place that was designed to be set up to house a law enforcement organization, so when Mayor Collier was elected, some of his team, (a new building) had been in the back of their mind,” Hofmann said. “Within four years, they wanted to at least explore the idea of getting a new station up and running.”

In November 2017, the city announced its proposal for a new police station and 911 communications center on a 4-acre site at 5140 Post Rd., the former location of the abandoned Snafu Saloon.

Prior to the announcement, the city commissioned a feasibility study with Carmel-based RQAW.

“They gave us a report that said, ‘Here’s what you have, and it’s woefully inadequate by national standards. Here’s what you need, and here’s what we will project you need over the next 20 years,’” Hofmann said. “Why do we have a prisoner-holding bench right next to a door? And why are we processing heroin, fentanyl, cocaine and marijuana and counting cash right next to where an officer is having his lunch? This is historic, not only because it’s the first police station, but also because it gives our department an identity.

“It will be two stories, on a basement, 37,000 square feet. It’s so funny, we talk about this $12.9 million facility, and what are (officiers) excited about? They get lockers, a place to hang their uniform or have a backup uniform.”

A property room with a ventilation is another feature.

“For example, our current property room is in our basement, and the heating and air conditioning is all tied in with the rest of the building,” Hofmann said. “So, last year we had this huge marijuana bust and brought in these huge trash bags full of weed. They brought it in, weighed it, labeled it and put it in the property room. That smell of raw marijuana permeated the entire building.”

On a more serious note, Hofmann mentioned the need for the increased security of a new station.

“In Marion County, there have been four recent cases where police stations have been shot up,” Hofmann said. “That stuff does happen here, and that’s what’s on my mind when I think about where our officers congregate.”

The Lawrence Common Council approved the proposal for the new station Feb. 5. Construction began July 11 after a groundbreaking ceremony. Construction is expected to be complete by the end of summer 2019. 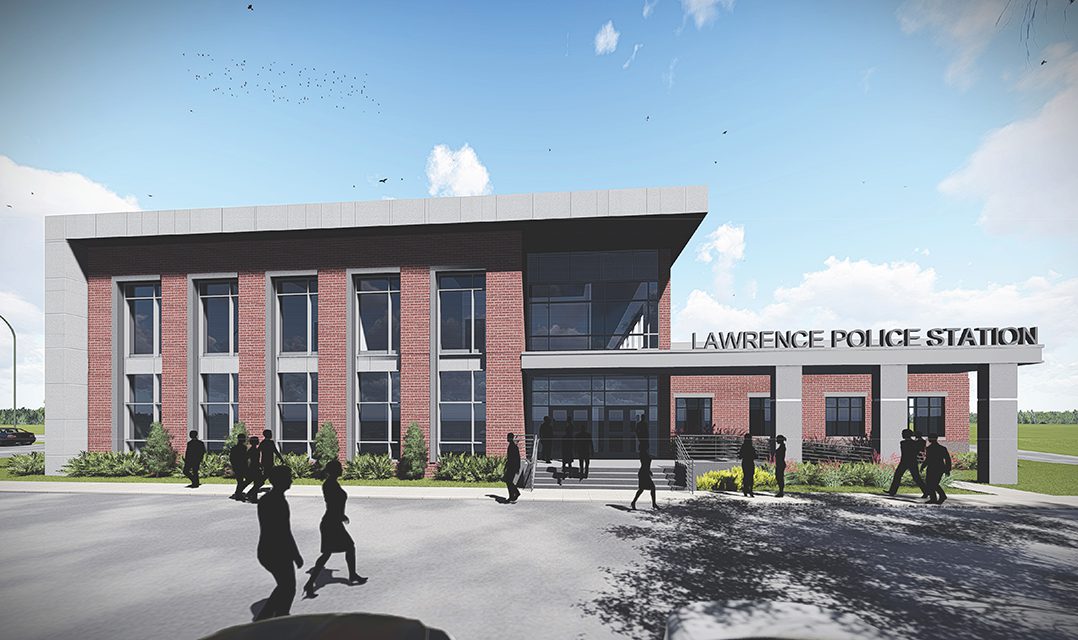 The new two-story Lawrence Police Dept. station, which also has a basement, is on approximately 4 acres at 5160 N. Post Rd.

BY THE NUMBERS: A DEPARTMENTAL BREAKDOWN

“We’re at 59 officers right now, but we’re budgeted at 62,” Lawrence Police Chief David Hofmann said. “We’re hiring a bunch of officers because we’ve had several retirements this year and three vacancies. So, we’re hiring between six and eight officers on July 30.”

“In addition to 62 full-time guys, we have 30 reserve officers,” Hofmann said. “They do all the same kind of police work that the full-time guys do, they just don’t get pad for it. They do 32 hours a month, get a take-home car and get to come in and experience law enforcement and give back to the community.”

“Police chaplains get called out for all kinds of things, death notifications, fatal crashes, injured officers, anything where there’s an emotional support response need,” Hofmann said.

“We have 15 911 operators, which is a whole other world of criminal justice and public safety,” Hofmann said. “Their phones ring about 100,000 times a year when someone calls for police, fire, EMS, and a lot of calls that are just insane.”

“Our Explorers are like cadets,” Hofmann said. “They’re career-oriented kids (age 14 to 21) that are learning about law enforcements with the hope that someday in their future they can get into policing. It’s sort of a recruiting tool for us. There are actually a lot of LPD officers right now that started off as Explorers. We have the largest Explorer program in the state of Indiana.”