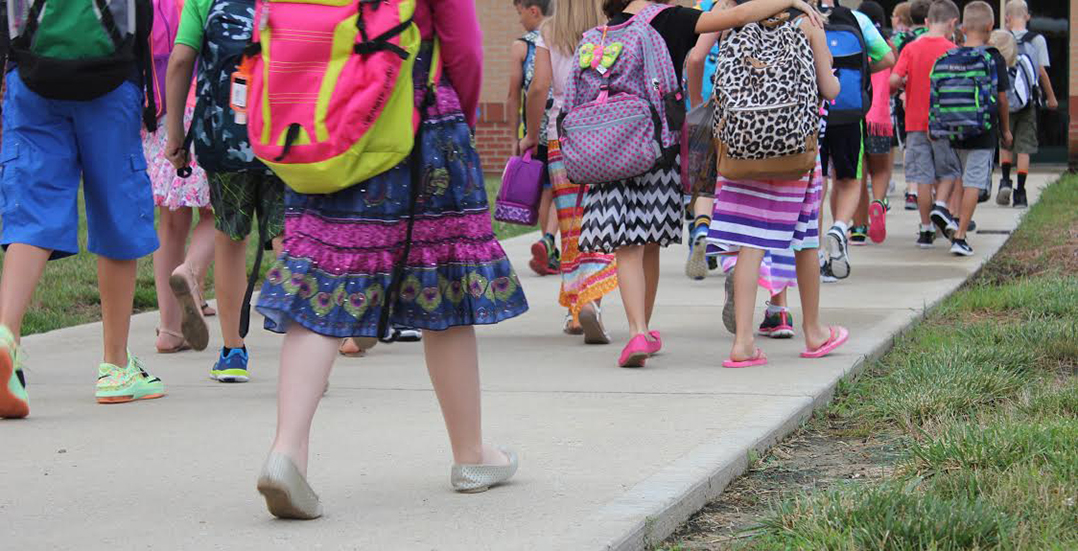 Students will return to school Aug. 1 with an enhanced police presence. (File photo)

Noblesville Schools administrators have worked tirelessly to implement district-wide safety changes after the May 25 shooting at West Middle School that left one student and one teacher injured.

“School safety has always been important to Noblesville Schools, but after May 25, we have been working nonstop,” Noblesville Schools Supt. Beth Niedermeyer said. “It has changed our landscape forever. We will always look through a May 25 lens now.”

In the two weeks following the shooting, the district’s safety committee presented a list of immediate and potential safety changes to the school board at its June 12 meeting.

“If you look at the timeline, from May 25 to June 12, when we had our school board meeting, we had all of the recommendations and proposals from our safety committee, and then we added some,” Niedermeyer said. “So, from June 12 to today, we have spent that seeking vendors, working with them, having them come out to all our schools, learning what the needs are for the items we’re requesting and getting quotes. It’s been a Herculean effort to get all of that done.”

Changes and enhancements include services offered to staff and students; additional staff and increased security and counseling presence at each school; and physical, tangible changes to how all buildings operate. Administrators said many of the proposed changes are contingent on the passing of a new operating referendum.

Right now, Cooke said the district is adhering to 90 percent of the school safety guidelines set by Homeland Security, a figure she says she hopes will continue to increase as changes and enhancements are made.

Counseling teams at Noblesville Schools were quick to respond to the needs of staff and students after the May 25 shooting at West Middle School.

Within an hour after the incident, the district gathered staff counselors and counselors which it partners with to provide services.

“We started offering counseling on May 25 over that entire weekend for all students and all staff,” said Laura Dennis, director of student services at Noblesville Schools. “We primarily focused in on students who were directly in the classroom (of the shooting). They had individual group sessions that were tailored towards them, and the when we brought everybody back to school (May 29) they came back in two-hour increments, and with that, we had more than 50 counselors available as well as therapy dogs and art therapists.”

Dennis said those efforts were continued through the rest of the week until the last day of school, June 1. Throughout the summer, the district offers counseling at the Educational Services Center at 18025 River Rd. each Friday to any parents, students and staff who request it.

With school about to resume, administrators say increased counseling will remain available.

“We’re going to have additional support at all the back-to-school events for West, including the days when teachers come back and the first few days when students come back,” Dennis said.

Another service offered to students is the SpeakUp app, a platform in which students can confidentially report dangerous or destructive behavior.

“We’re going to do more to promote the use of the app as well as educate students on when to use it, how to use it, and we’re also expanding to add fifth grade into that, where before it was just grades six through 12,” Dennis said

SAFETY DIRECTOR- Mark Booth serves as both the director of special education and director of safety. Niedermeyer said the district’s goal is to hire a full-time safety director.

“This person’s total focus would be safety, which is huge,” Booth said. 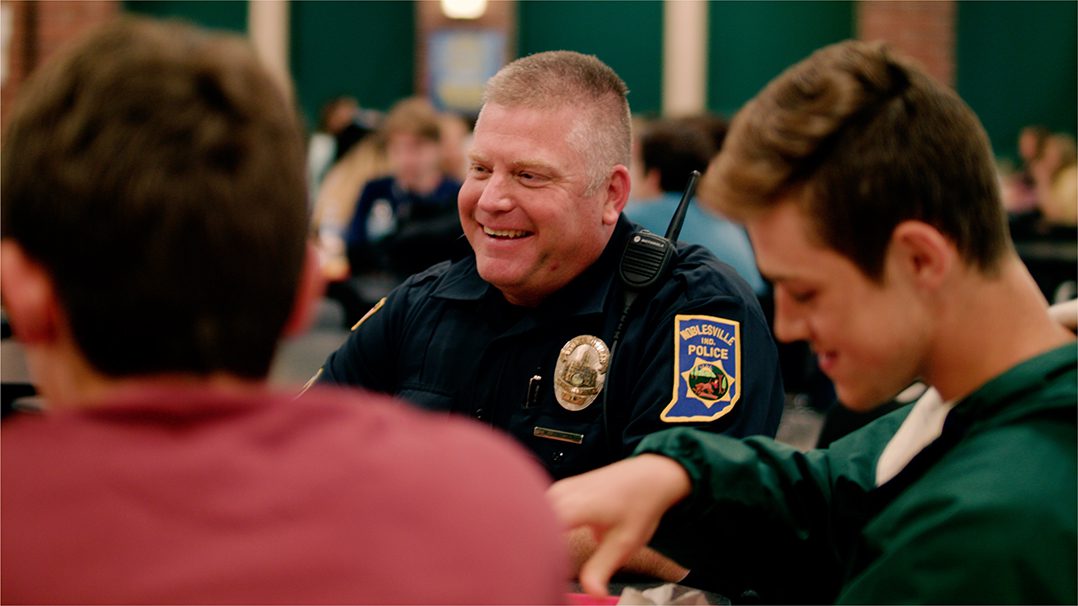 SCHOOL RESOURCE OFFICERS- During the safety update at the June 12 school board meeting, Booth announced the district’s plan to have a school resource officer in each school.

The Noblesville Police Department has told us that as of Aug. 1, they will be doubling the police officers in our schools and increasing police patrols,” Cooke said. “They have also told us that they are beginning to hire and train new police officers to increase their school staffing to triple the number of original officers, including officers in all elementary schools later this school year.”

One of the first things Noblesville Schools changed was the elimination of using all of its portable classrooms — small structures that housed classrooms outside of the school building to accommodate space needs.

Earlier this month, Gov. Eric Holcomb’s office announced a program through the Indiana State Police and the Indiana Dept. of Administration for schools to apply for metal detector wands.

The program will provide one handheld wand for every 250 students in any public or private school.

“We have applied for these tools, and they will be used in cases where reasonable suspicion exists and for random screens,” Cooke said.

Another change will increase the monitoring of security cameras at each school. In addition, the way parents, visitors and the general public enter buildings could change. In the past, guests have been able to enter through the first set of doors into the vestibule of a school building to ring into the central office through a camera and intercom system. A proposed change would move the same system outside before a guest could enter any part of the building.

“I think the important part of this is that it’s a combination of things,” Booth said. “All of these factors are just one piece of the puzzle. Even with all of this, we will not be putting out every safety measure that we practice. There won’t be a time where we say, ‘This is our whole emergency procedure plan.’”

Information regarding further safety changes will be reported by Current in Noblesville as decisions are made public.