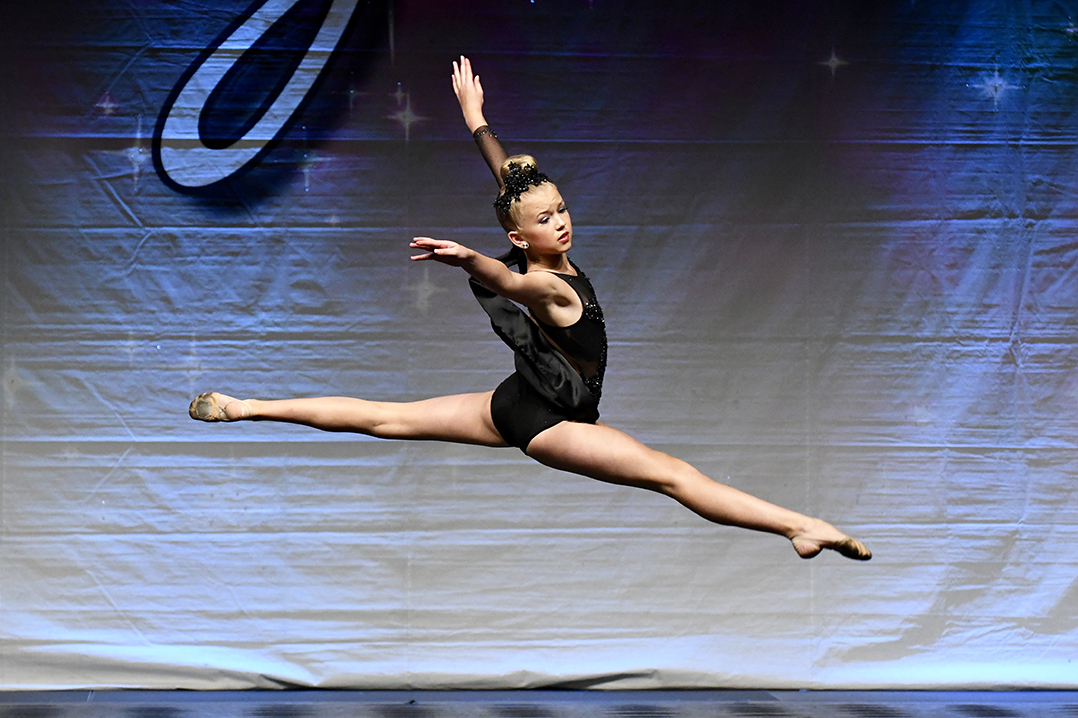 Caroline Durbin made quite the impression in her first national competition.

Durbin, who lives in the Geist section of Fishers, captured first place for Junior Level 3 Soloist in the 12-and-under division in the Rising Star Talent Competition in Pigeon Forge, Tenn., June 26-27. Junior Level 3 is the most advanced level. Durbin, 11, won for “The Lord’s Prayer” (lyrical dance) and “Hallelujah” (contemporary dance). She then qualified to compete in that evening’s Best of the Best competition. Because she had scored the same score for both solos she was allowed to choose her dance and she chose to perform “The Lord’s Prayer.” Her performance earned Durbin the 12-and-under Rising Star Award.

“I feel like I made all of my corrections,” said Durbin, adding her success will give her confidence going forward.

Durbin, who will be entering sixth grade at Holy Cross Lutheran School in Indianapolis, said she has definitely made improvement during the past year, especially with technique.

Durbin, who has been dancing for 8 1/2 years, is a dancer from Greenfield’s Elite Performing Arts Academy, owned by Eric and Erin Benson. Erin is Caroline’s primary teacher and choreographer at the academy. Mia Miller, a Mount Vernon High School student, serves as Durbin’s student teacher.

Durbin credits the help she received this past year for her success.

“Mia won the Rising Star award several years ago and she is mentor to Caroline,” said her mother, Holly Durbin. “Everybody goes out of their way to help out. Caroline dances for several hours every day after school. The girls work hard and they love it.”