Tony Johnson and Will Wood are longtime theater-world friends.

Wood, The Cat Theatre owner, asked Johnson what show he would like to direct.

Johnson didn’t hesitate, replying he wanted to bring back “Charley’s Aunt,” which he acted in 25 years ago when he was at now-closed Northland International University in Dunbar, Wis.

Wood didn’t need any convincing. Amalgamated State Productions, one of Wood’s two theater companies, is presenting “Charley’s Aunt” in six performances at The Cat, 254 Veterans Way, Carmel, from July 21 to 29.

Johnson played the role of Lord Fancourt Babberley, who is persuaded by two fellow college students to dress up like Charley’s aunt, so Babberly can serve as chaperone with two women they love. Naturally, Charley’s real aunt eventually arrives.

“This show is funny in any decade,” Johnson said.

Johnson’s daughter Abigail, an Anderson resident, is one of the cast members. 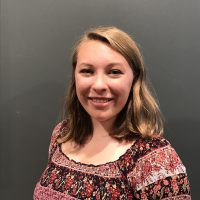 “You literally step into the world when you read the script,” Johnson said. “The story endures. Sometimes you run into words that are not in use now, but this is a very talented cast. They take those words and put a context to them that makes them have meaning and impossible not understand.’

Hannah Knickrehm, a Carmel High School graduate who will be a sophomore at Butler this fall, is playing Ella Delahay.

The script can be challenging, she said.

“It was written a long time ago, so a lot of phrases don’t seem to make sense to us until we read though them a few times,” Knickrehm said. “

Knickrehm had to refine a British accent she used in “My Fair Lady” with Christian Youth Theater.

“I’ve done a lot of theater, but it’s the first time I’ve played a character who is playing a character,” Elliott said.

Elliott said he has tried to figure out how a man would play a woman in that era.

“What assumptions does that man make about what women think and how women act, which is fun to do,” Elliott said.