The Geist resident plays Clem in Candlelight Theatre’s production of “The Trial of Nancy Clem” at Indiana Landmarks Cook Theatre in Indianapolis.There will be four performances, July 20, 21, 27 and 29. 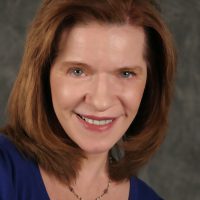 “Each time I have played her in the past I have been Nancy from the perspective of a witness’s testimony,” Wing said. “For example, if someone was testifying that she lent him money in a suspicious way, I portrayed Nancy in that person’s memory. So, if a witness saw her as sinister, I played her as sinister. Now, this play is different. The entire play is being told from the perspective of Nancy being interviewed by her biographer for the book Nancy had written.”

Wing said she studied Clem – one of three suspects arrested and tried for murder in the infamous 1868 Cold Spring murders near Indianapolis — in more depth and absorbed her words.

“I started losing sleep,” Wing said. “I felt that perhaps I may have done an injustice to Nancy over the years. There are inconsistencies in the testimony, and I have reasonable doubt of her guilt. Some facts just don’t add up. In our justice system one is innocent until proven guilty; I believe in her innocence of the charge of murder. I believe she was involved in a lot of questionable money lending, but that is another issue. I feel a sense of obligation to tell a different story. I am not playing a memory of Nancy, I am Nancy.”

Each performance has a seated jury of 12 members.

“We are allowing women, children and non-landowners on the jury – a slight deviation from the 1860s,” Wing said. “In order to become a jury member, one purchases a jury ticket. These are the same price as a regular admission ticket, but the guest has the option of either being an observer in the courtroom or being on the jury.”

“The most challenging aspect of this role is that it is a stage show which I’ve never done before,” West said. “All my other performances have been at the home, so this will be a different experience for me.”