You are at:Home»Current in Carmel»Carmel Cover Stories»Expanding the vision: After nearly 2 decades of growth, University High School unveils master plan for campus 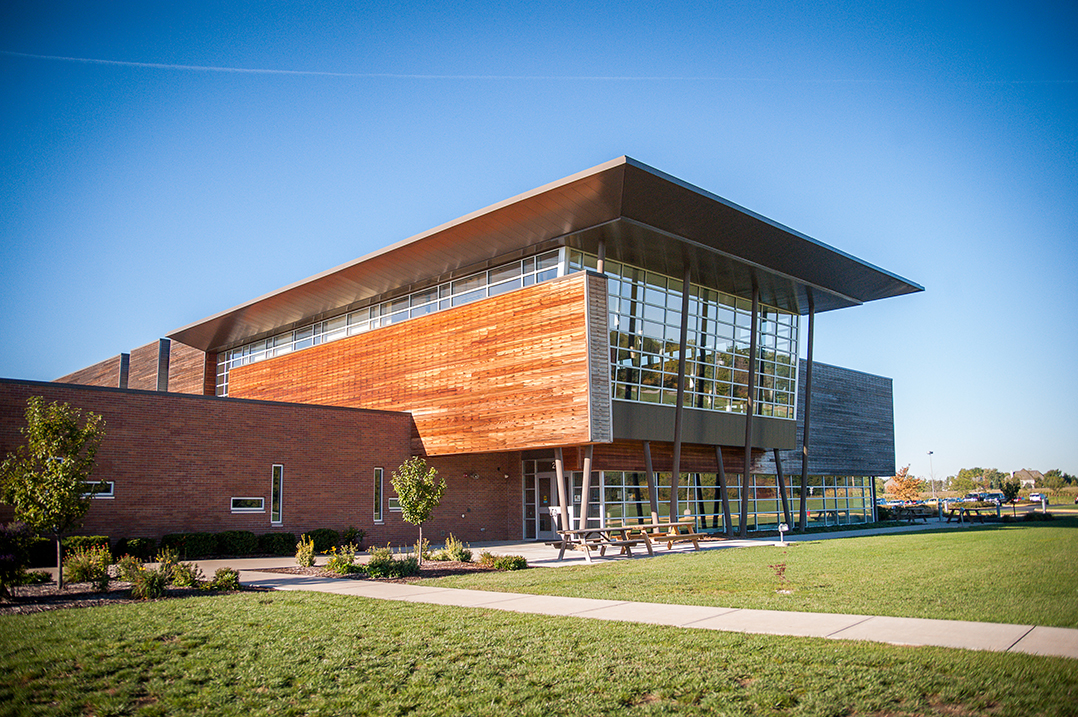 University High School has grown a lot in the 18 years since it opened.

Established in the fall of 2000, the school was made possible through a $1.5 million donation along with other gifts from board members that allowed the private institution to build four modular classrooms and refurbish existing farmhouses on the West 116th Street property in Carmel. There were only 28 students and 10 faculty that first year.

Now, nearly two decades after the first freshman class, the UHS board of directors has completed a master plan for its 115-acre property, which includes a vision of what the campus could become.

The vision includes a new arts building, an outdoor amphitheater, more parking, building expansions, baseball and softball fields, a track and field facility, a soccer field and a cross country course. The vision encompasses 85 acres, leaving a surplus space that could be sold or used for a community partner.

Currently, UHS has 310 students, and the new space could allow it to grow to up to 400, although that might not be in the plan, according to Ashley Crockett-Lohr, UHS director of communications.

“We needed a plan to figure out what we need and don’t need,” she said.

A big part of the plan was to look at the natural environment on the property. Stacey Summitt-Mann, a UHS science teacher, worked with her environmental students and came up with an ecological design for the space that will be part of the first phase of the master plan.

“We started to explore different areas and started to ask what is going to be in this space,” she said. “We want this to be a community asset.”

Summitt-Mann said considerable thought was put into how to connect the walking paths and cross-country trails to the area, including West Park across the street from UHS. The school will try to strike a balance between offering its campus to the community as an amenity while protecting campus safety and security. Phase I includes a wetland habitat and a multi-purpose trail system. The amphitheater is nearby and could be used for outdoor school gatherings, community events, plays, musicals, concerts and other gatherings.

“We already have joked that alumni could book it for weddings,” Summitt-Mann said.

Another central part of the proposed expansion is athletics. Crockett-Lohr said about two-thirds of UHS students are involved in sports. The school has tennis courts and a soccer field but many other sports teams have to play off campus.

The arts building could include anything from an art gallery to a coffee shop.

Crockett-Lohr said much of the vision is “designed intentionally to be a la carte” and “could take decades to realize.”

Although the school doesn’t have an endowment, the master plan gives parents, alumni, donors and neighbors an idea of where UHS would like to go in the future. How fast it gets there will depend on donations and administrative decisions.

But the overall message is that UHS expects to be around for a long time.

And while the oldest alumni of UHS are in the early 30s, Crockett-Lohr said she expects many graduates will be interested in seeing the vision become reality as they prepare to perhaps some day send their own kids to UHS. 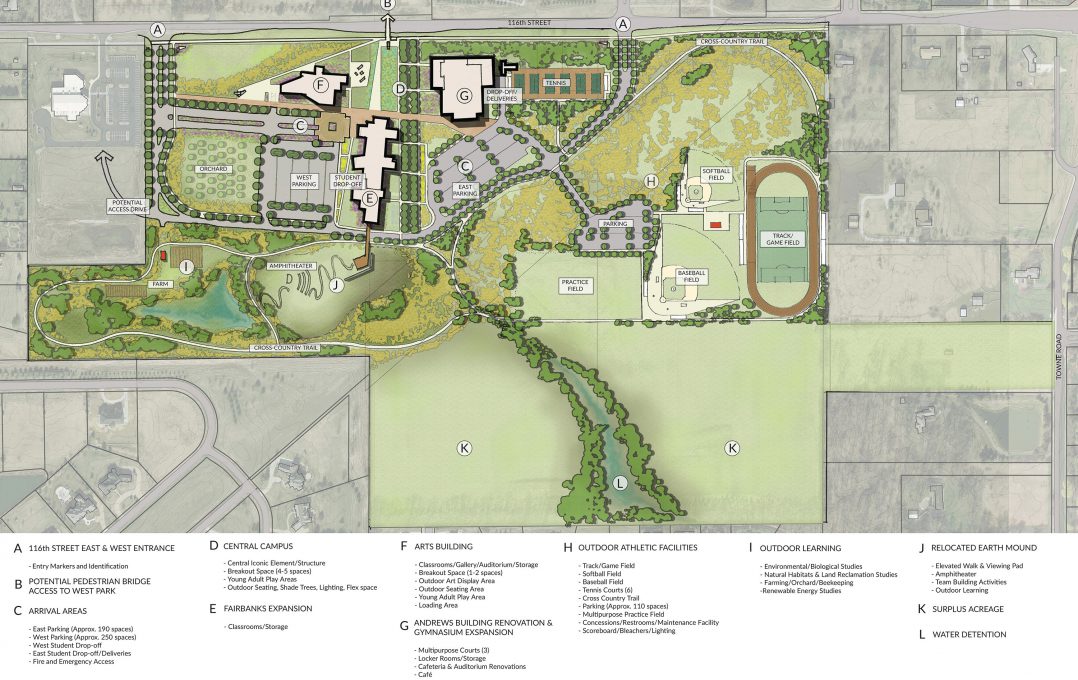 UNIVERSITY HIGH SCHOOL IN THE FUTURE