Hamilton County Artists’ Association members remember Ken Bloomhorst as a man who got the job done, no matter the task.

“Ken was really instrumental in helping fix up this place from the beginning,” longtime HCAA member Patty Mac Innis said.

Bloomhorst died in January. He was born in 1932. In addition to fixing up the HCAA, he was a member and was its the public relations chair for several years. Much of Bloomhorst’s art was graphic or digital, but he also painted.

Bloomhorst gave his time and labor to the HCAA Birdie Gallery at 195 S. Fifth St. in downtown Noblesville. Today, the HCAA is again renovating the gallery to help preserve the work done by Bloomhorst and other volunteers.

The HCAA recently closed the gallery to complete renovations on the outside of the brightly colored building, which included paint and repairs.

Although Bloomhorst was a regular financial donor, Mac Innis said the association will be fine. In December 2017, the City of Noblesville waived the final payment of $30,000 for the building and transferred the land deed to the HCAA after it paid a monthly fee to the city for 11 years.

The primary reason the city waived the fee and transferred the deed was because of the continuous improvements to the building, which originally a First Baptist Church in 1873. Many of those improvements were a result of Bloomhorst’s work.

“The HCAA will be fine. Thanks to the generosity of the city, we now have enough in savings to fix up the building,” Mac Innis said. “It (was) in need of painting. If it hadn’t been for the generosity of Ken, we would’ve been in a much less stable place.”

In 2006, Bloomhorst’s wife, Roberta, commonly known as Birdie, died. The HCAA gallery, previously known as the Hamilton County Arts Center, was renamed The Birdie Gallery in 2007.

“He was such a kind heart, to be that generous with the scholarship and the gallery,” Mac Innis said. “He believed in this building, especially because of the connection with his wife. He chose this building as a memorial to his wife. He never stopped giving.”

HCAA member Sue Payne lived next to Bloomhorst in Fishers for many years. She continuously encouraged him to come to HCAA meetings or submit some of his work in  shows.

“The one thing that stands out to me about Ken is he had the most remarkable memory and unending litany of stories about people that he met, places he traveled,” Payne said. “He did write memoirs at the end of his life, but he could go on and on. He was remarkable. He knew everybody. He quit coming here, but then I joined three years ago and said, ‘Ken, let’s go to meetings. You want to go? I’ll take you,’ so he started coming again. It was important to him.” 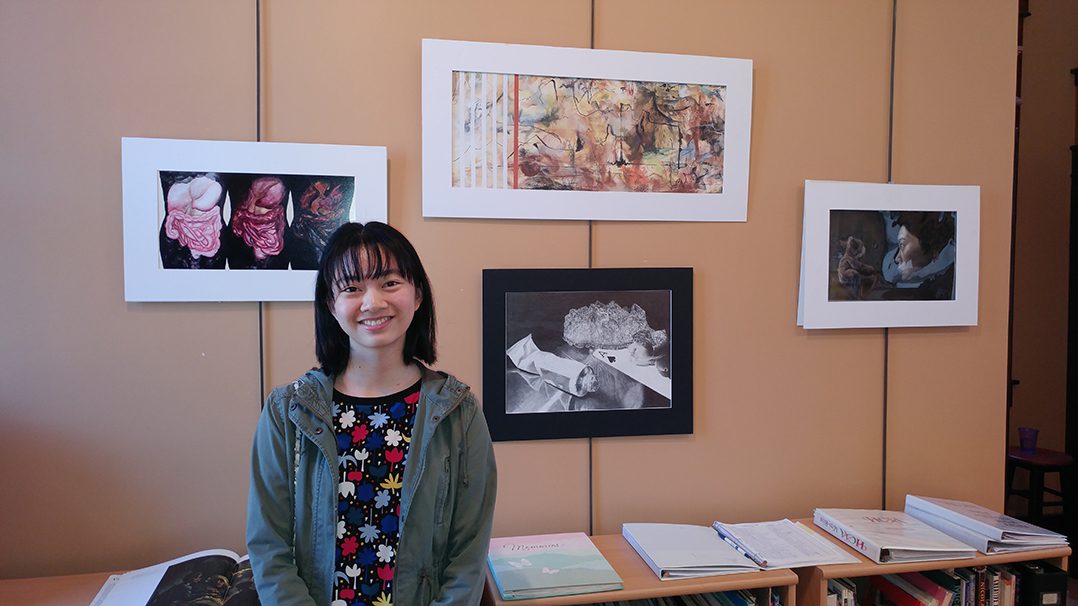 This year’s scholarship recipient is Chelsea Dai of Carmel High School. Dai plans to attend the Rhode Island School of Design and major in graphic design.