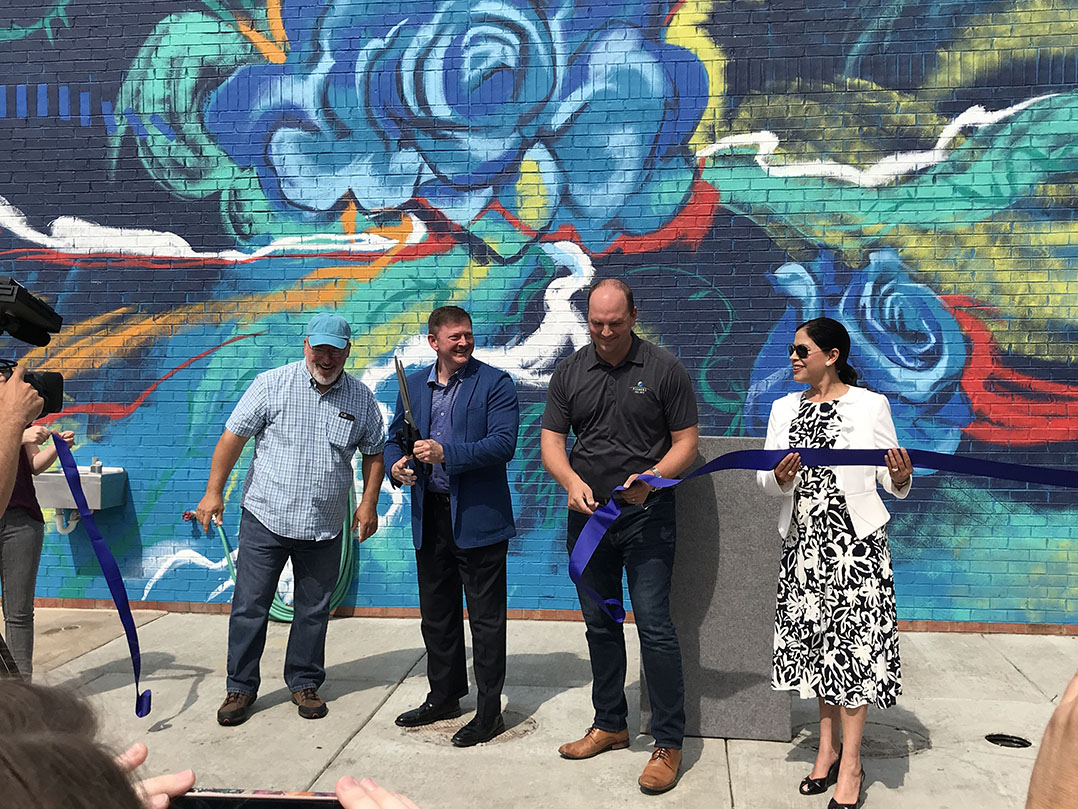 Handel’s Homemade Ice Cream has been in the Indianapolis market since 2002. Now, its storefront in downtown Fishers, 8760 E 116th St., is seeking to draw not only customers but visitors’ attention as well.

Lafayette artist Craig Martin finished the mural May 31. Martin is a well-known and respected artist among local art critics and has gained acclaim for other works in Indiana, including on the West Lafayette Public Library.

As for his most recent work, Martin said it’s all about the symbolic theme.

“The rose is the central hub and ties in with the color of the building, which is simplistic,” Martin said. “It is supposed to be representation of how the community gathers together and gets pulled together with different threads. That’s what those different colors mean, and at the end of the day they all come together here at Handel’s.”

Martin said the rose has multiple layers and is semi-abstract.

The City of Fishers held a ribbon cutting June 8. Mayor Scott Fadness said it was an exciting day for the city and arts community as a whole.

City officials including Deputy Mayor Leah McGrath reached out to the owners of Handel’s earlier this year, asking if they would allow Fishers to contract an artist to paint its “city mural.”
Greg Glaros, owner of GG Ice Cream Inc., the franchise owner of both Indiana Handel’s Homemade Ice Cream stores, said he didn’t hesitate to give permission.

“(McGrath) came to us after driving by our store and said, ‘Wow, that’s a great space,’” Glaros said. “And with Handel’s being as popular as it is and a social gathering spot in the city, she thought that would be a great spot.”

“Certainly, I think it draws people to the store to check it out and possibly stop for ice cream,” Glaros said. “Guests have this great piece of artwork to admire. It’s a great addition to the City of Fishers and our Handel’s site.”

Handel’s also has purchased eight new benches that will complete the new customer sitting area adjacent to the mural.