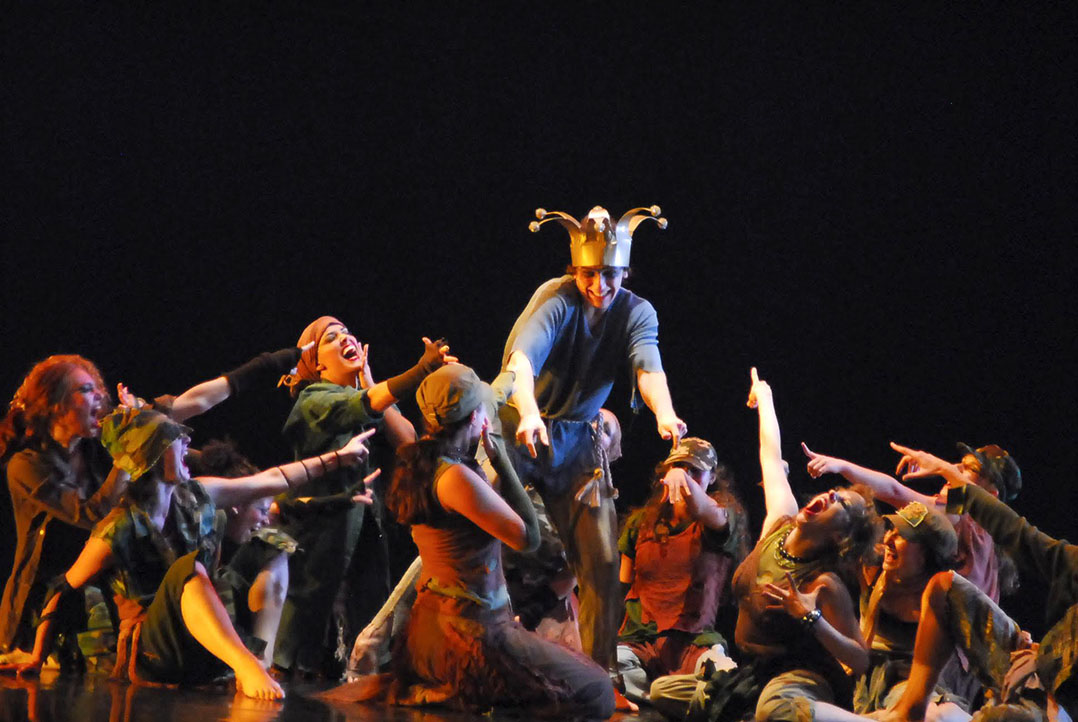 GHDT’s “The Hunchback of Notre Dame’’ premiered in 2005 and is one of Hancock’s favorite pieces. This is the first year new dancers will take on the roles of Quasimodo and Esmeralda.

Gregory Hancock of GHDT said Quasimodo is the most challenging role he’s ever created for a dancer. Jones doesn’t have a fake hunch on his back. Instead, he finds different ways to contort and distort his body to portray the central character of “The Hunchback of Notre Dame,” like bending, lifting and changing his footing.

“I feel like every time I run it, I find new ways to find that distortion within the character,” Jones said.

GHDT’s production of “The Hunchback of Notre Dame,” set for 7 p.m. June 29 and 30 at The Tarkington at the Center for the Performing Arts in Carmel, reminds people to look past appearances. Jones said Quasimodo helps people to remember that it’s what inside that counts.

“He’s not the suave, handsome man,” Jones said. “But in the end, he’s one of the most beautiful characters in the show.”

Taylar Green, who plays Esmeralda, said she believes the characters connect so well because of their humanity. Green portrays the freedom and naivety of the gypsy Esmeralda through jumps and turns. During the show, the bright colors of the set fade to muted colors as the story takes a darker turn.

Green said the performance is a full-immersion experience for the audience.

The show is one of GHDT’s most elaborate and intricate full-length ballets and a favorite of Hancock’s. The performance will be the closer for GHDT’s 20th anniversary season.

“The story is so beautiful and tragic, and then to interpret that into dance is really beautiful,” Hancock said. “It’s my all-time favorite piece.”

Tickets are $42.50 for adults and $37.50 for students and seniors. For tickets, visit gregoryhancockdancetheatre.org.