Carmel High School student Eve Swanson has been touched by how many people have pitched in to help her family as her mother, Kris, battles stage 4 colon cancer.

So, she had an idea to help others. 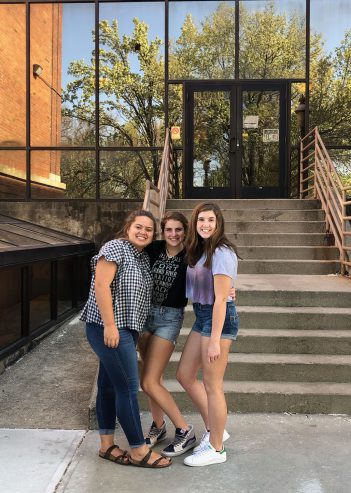 “I’ve always liked art and I’ve been thinking it’s a good thing to give back to the community,” Swanson said. “Since Indiana has a high rate of (domestic) abuse, I figured it would be a good place to donate.”

The ARTrageous event, featuring a silent auction benefitting Coburn Place, will be from 6 to 8 p.m. June 24 at SoHo Cafe and Gallery, 620 S. Range Line Rd., Carmel. Coburn Place in Indianapolis provides a safe haven for empowered victims of intimate partner violence to live as survivors.

A friend’s family had a connection to people working at Coburn Place, Swanson said.

“We went and toured it,” Swanson said. “We figured people surviving domestic violence are in need of some comfort and help. It’s nice to give back to something like that.”

Swanson said they collected several pieces of artwork from CHS students along with some professional artists from Indianapolis and the Detroit area. Other submissions are from other high schools. Swanson estimated there will be approximately 100 pieces.

Swanson and friends Keloe Sefo, Sophie Wodock and Kenley Williams guide the collection and have contributed artwork. All four will be sophomores in August.

“We have a goal to raise $1,500 so we can donate and make a room for someone there,” said Swanson, whose mother was diagnosed with colon cancer in October 2017.

“I’m still battling. I go to chemotherapy every other week,” Kris Swanson said. “I’m still hoping for a victory.”

Providing support has been what her daughter and friends are doing with the fundraiser.

“I think it’s fantastic,” Kris Swanson said. “They’re certainly taking over and doing most of their own. They’re very independent.”