For Doobie Brothers guitarist Patrick Simmons, touring with other rock groups in the summer has been a delight.

“It’s nice playing with other bands whose music you admire and enjoy,” Simmons said. “To check out what they’re doing every night is a big perk for other musicians, to be able to suck in the talent and artistry.” 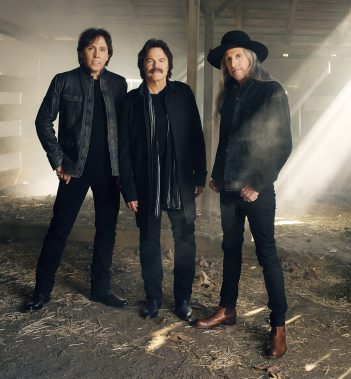 Simmons, 69, couldn’t imagine being part of the Doobie Brothers this long when they started in 1970.

“I didn’t even think I’d be alive this long, to be honest with you,” Simmons said. “It’s a gift, for sure. We feel really fortunate to be able to keep doing it this long and to have songs that people really come to hear.”

Simmons said he’s been fortunate to work with great songwriters. Simmons wrote several songs for the Doobies, including the No. 1 hit “Black Water.”

Simmons has been the one constant in the band. Tom Johnston had to take a leave of absence for health reasons in 1975 and was replaced by Michael McDonald, who brought a more soulful approach. Johnston eventually quit the band in 1977. The band disbanded in 1982 with McDonald pursuing a solo career. The Doobies reformed in 1987 with Johnston back on lead vocals.

During a break in touring, Simmons and his wife, Cris, are participating in Motorcycle Cannonball, a coast-to-coast ride on antique motorcycles from Portland, Maine to Portland, Ore. in early September.