You are at:Home»Current in Fishers»Fishers Community»Fishers Area Swimming Tigers give back to Fishers Fire Dept., other local charities 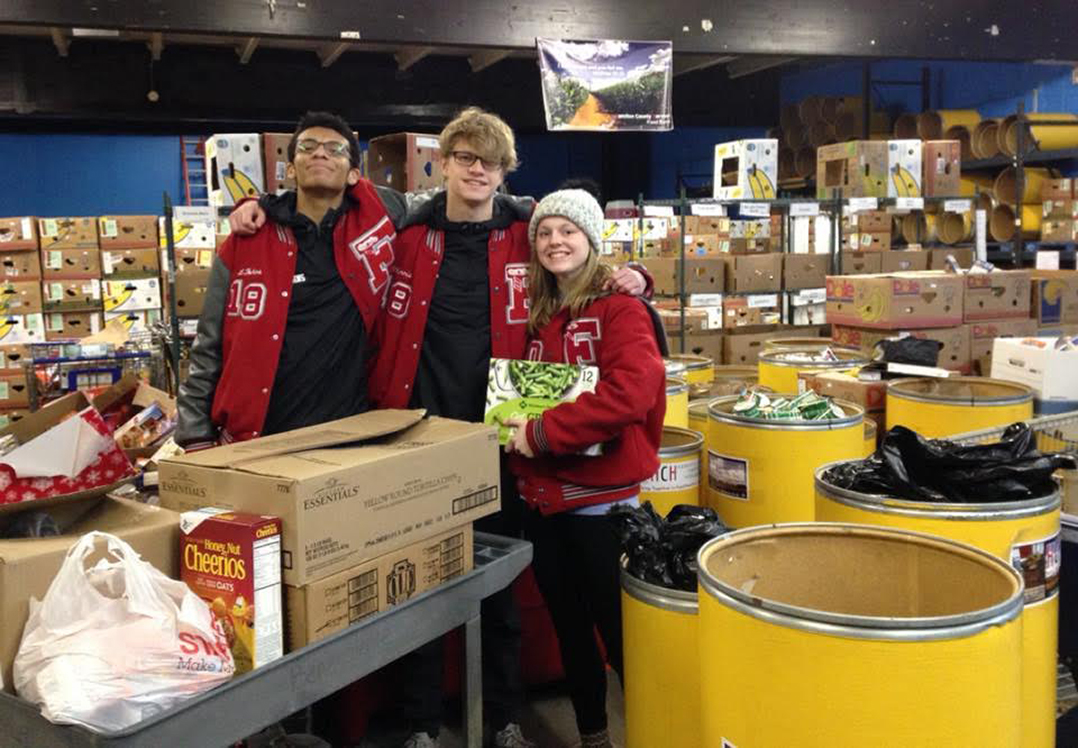 The Fishers Area Swimming Tigers have been making a difference across Hamilton County for the past year. Following the departure of a previous coach, the swim club saw an opportunity to launch a give-back initiative.

“A new head coach was a huge change for the team but one that we have been really excited about and love,” said Shannon Alexander, a parent of a swimmer and an organizer for the FAST Gives Back initiative. “Another parent and I had been kicking around the idea of some sort of philanthropy project through the club.”

The club kicked off the season with a food drive to benefit Hamilton County Harvest Food Bank. It raised $397. The amount was tripled through the Meijer Simply Give program, which donated 423 pounds of nonperishable food in December 2017.

The group of high school-aged swimmers was led by Ellen Fero, who recently volunteered at a food bank.
Since then, the program has benefited the Hamilton County Humane Society, the Dyslexia Institute of Indiana and, most recently, Indy Snack Attack.

The swim club, which operates a nonprofit, had to present the initiative before the executive board before it was approved.

“We run about six home meets every year at the Fishers (High School) natatorium,” Alexander said. “Each of our home meets we choose a local nonprofit and keep it within Hamilton County to raise funds or donations for each charity needed.”

Alexander said the upcoming event was inspired by Fishers firefighter Will Ortiz.

“We want to do something that is meaningful, especially for our own city servants who literally put their lives on the line every day, any little bit we can do to help them,” Alexander said.

The foundation works to raise money and subsidize families of those injured, along with providing scholarships for the children of Fishers Fire Dept. firefighters.

Alexander said all donations for the Firefighters Foundation will be monetary Although some details are still in the works, she said the club wants to have a raffle at the competition to raise more money.

The next main swim meet and fundraiser is June 15 to 18 at the Fishers High School natatorium. Donations can be made there.

For more about Fishers Area Swimming Tigers or the FAST Gives Back program, contact head coach Joe Keller at coachkeller@fasttigers.com.