You are at:Home»Current in Carmel»Carmel Community»Carmel first responders: Construction not a problem in going on calls 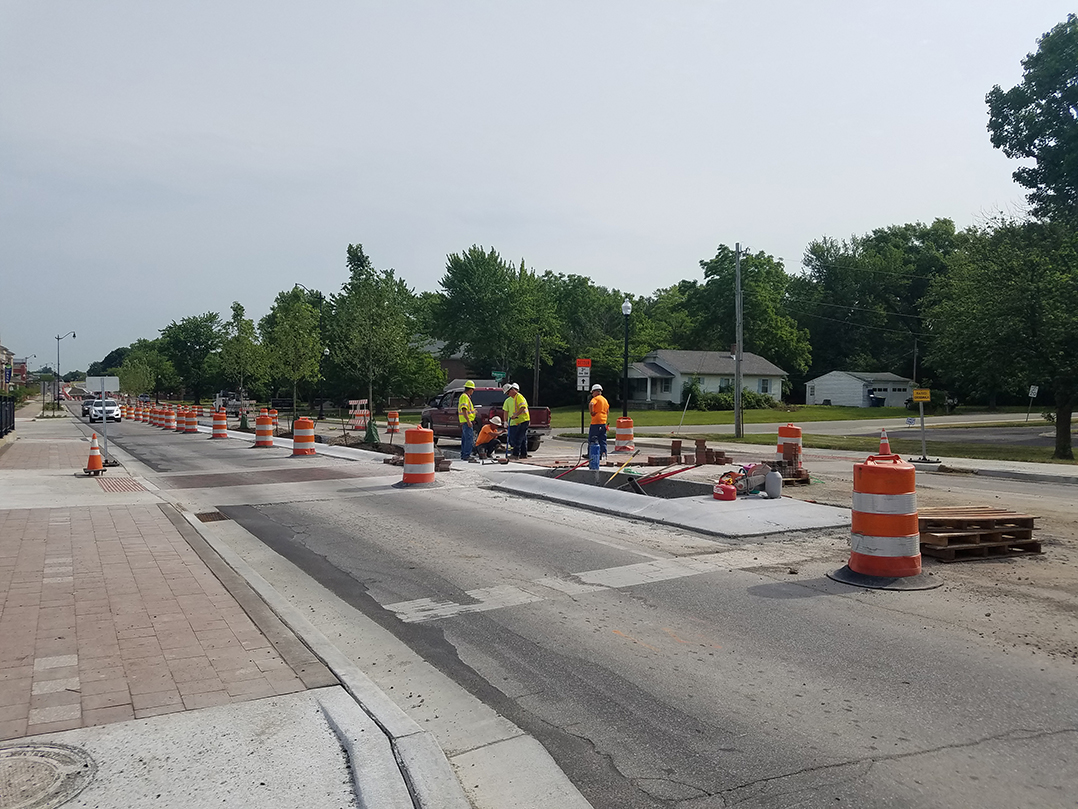 Last year, the City of Carmel announced plans to put Range Line Road on a “diet,” reducing the total number of lanes but improving traffic flow by removing traffic lights and installing roundabouts.

Now that construction is well under way and traffic is reduced to one lane in both directions, some motorists have expressed concerns about emergency responders getting stuck in construction traffic with not enough room to get around other vehicles.

But first responders say they’ve long been prepared for the construction and have systems in place to reach their destinations as efficiently as possible.

CFD receives daily emails from city planners about road closures and construction, Griffin said, and firefighters can select vehicles for calls best suited to handle the best route available. He said he doesn’t believe response times have been affected by the construction on Range Line, which is near Fire Station 41, or elsewhere.

“I’ve been here 24 years, and I don’t think there’s been a single year we haven’t had construction going on,” Bickel said. “There are always improvements in the city that we adapt and get used to.”

Bickel said CPD also receives frequent updates on road closures and construction and that patrol officers are in constant communication about who can respond most quickly to a call, even if they’re not always the closest.

Griffin encourages motorists to use common sense when they see an emergency vehicle in a construction zone.

“Be patient and make sure you keep your radio low,” Griffin said. “That way you hear us well in advance so you can think about what maneuver to use to pull over to the side of a road or pull into a parking lot.”

Griffin and Bickel both said  the end result is worth the hassle during construction, for first responders and other drivers.

“Once all the construction is done, it really makes these roadways some of the best in the country to operate on because of the efficiency and amount of vehicles they can flow through,” Bickel said.

Range Line Road, one of the main thoroughfares through Carmel, will be reduced to one lane in both directions when construction is complete, which is expected before July 4.

Part of the project includes installing low-angled curbs and concrete pavers in medians that will support the weight of a vehicle but still allow grass to grow through them. Carmel Mayor Jim Brainard said these types of pavers were popular in the early to mid-1900s in driveways.

The pavers aren’t expected to be visible from a distance and will improve drainage in areas where they are used, Brainard said. They will allow emergency vehicles to drive onto the median to travel around other motorists on the one-lane road.