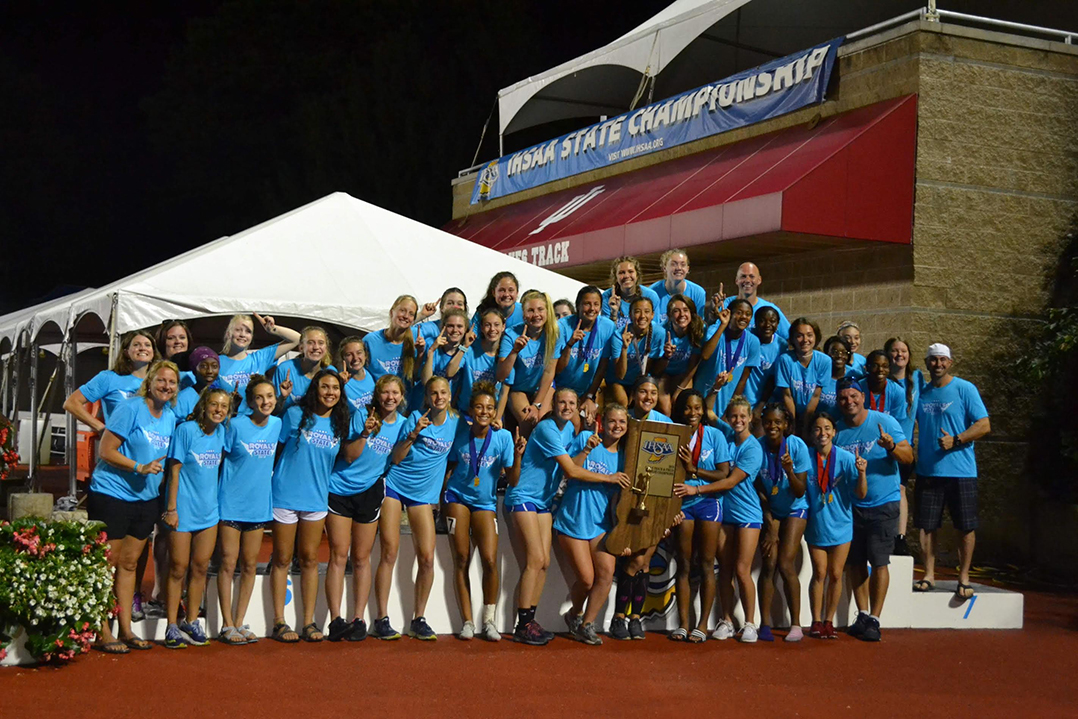 “When we did, it really made us hungry,” Royals coach Julie Alano said. “Last year, we had no seniors on the team that went to state, so it was definitely motivation. We knew if all the cards fell right, we had this opportunity. We were all trying not to jinx ourselves all season long because injuries and things can happen. We were just trying to stay the course and do what we always do to make this happen.”

The HSE girls scored in nine of 16 events to win its first state track championship with 62 points June 1 in Bloomington. Brebeuf Jesuit was second with 44.

“We’ve always prided ourselves in having athletes in every event and trying to be good across the board,” Alano said. “We’ve always been an invitational team and never had those top-state team points until the last few years. Depth is the way we wanted to win a true state championship. We had athletes in 12 events and we scored in nine. The assistant coaches are awesome. It takes a lot more people than one to get all those people through those events.”

Senior Camille Christopher, who will compete for Purdue next season, was second in the 200-meters dash, third in the 100 and was on the second-place 400-relay team.

“Last year, we were ahead going into the last event but we knew we couldn’t win because we didn’t have a (1,600) relay team competing,” Alano said. “So, we knew we couldn’t beat Warren Central. But this year, winning the (1,600 relay) was just amazing. It was great to end like that.”