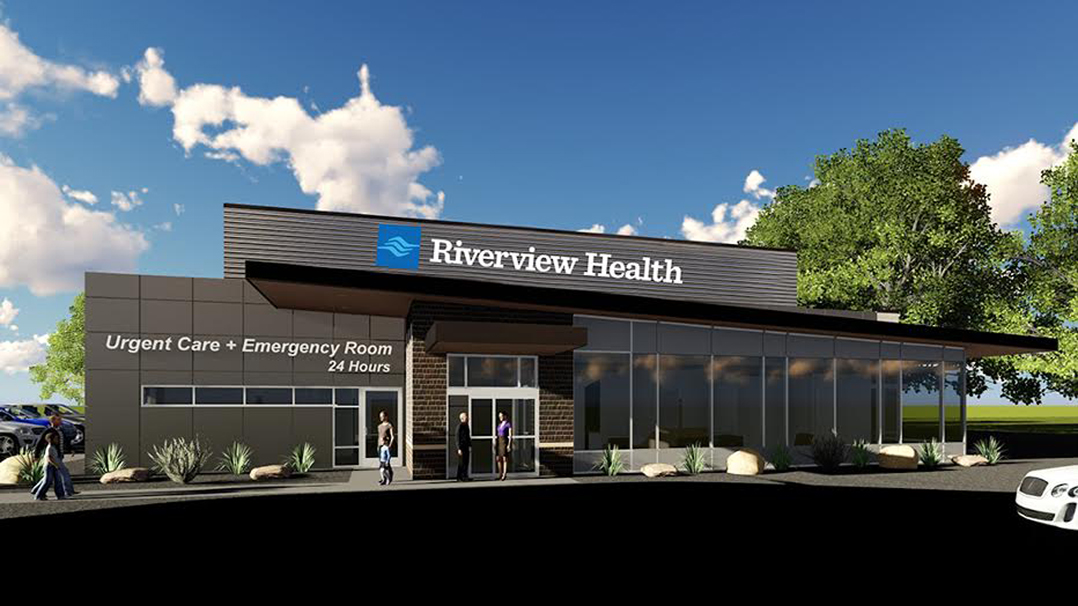 Fishers Plan Commission hosted a public hearing regarding a new Riverview Health Urgent Care facility in Fishers on June 6. Nobody from the public spoke on the matter.

A concept plan for the new medical facility along with proposed site plans indicate that the new building would encompass 10,700 square feet on 2.2 acres at the northwest corner of 116th Street and Exit Five Parkway just to the east of TopGolf.

City planner Megan Schaefer said the proposed Fishers facility would have a sculpture garden with a mix of trees, shrubs, annuals and perennials. The front facade of the facility would face 116th Street, however an existing city ordinance prevents any planting on the frontage of the building.

President and CEO of Riverview Health Seth Warren said often times patients have no clue what healthcare they can receive and don’t know how serious an injury or illness is.

“What we have proposed has emergency room physicians providing care,” Warren said. “So, if you show up with an ear infection, you’re going to be billed on an urgent care level. We want to be here so if people have a healthcare issue or need they don’t have to start looking for and trying to find where it is to seek that care.”

The facility also will house an emergency vehicle pickup location for ambulances.

Commissioners voted unanimously to send the Riverview Health Planned Unit Development to the Fishers City Council with a favorable recommendation.

The next plan commission meeting is scheduled for 6 p.m. July 11 at City Hall, 1 Municipal Dr. For more, visit fishers.in.us.