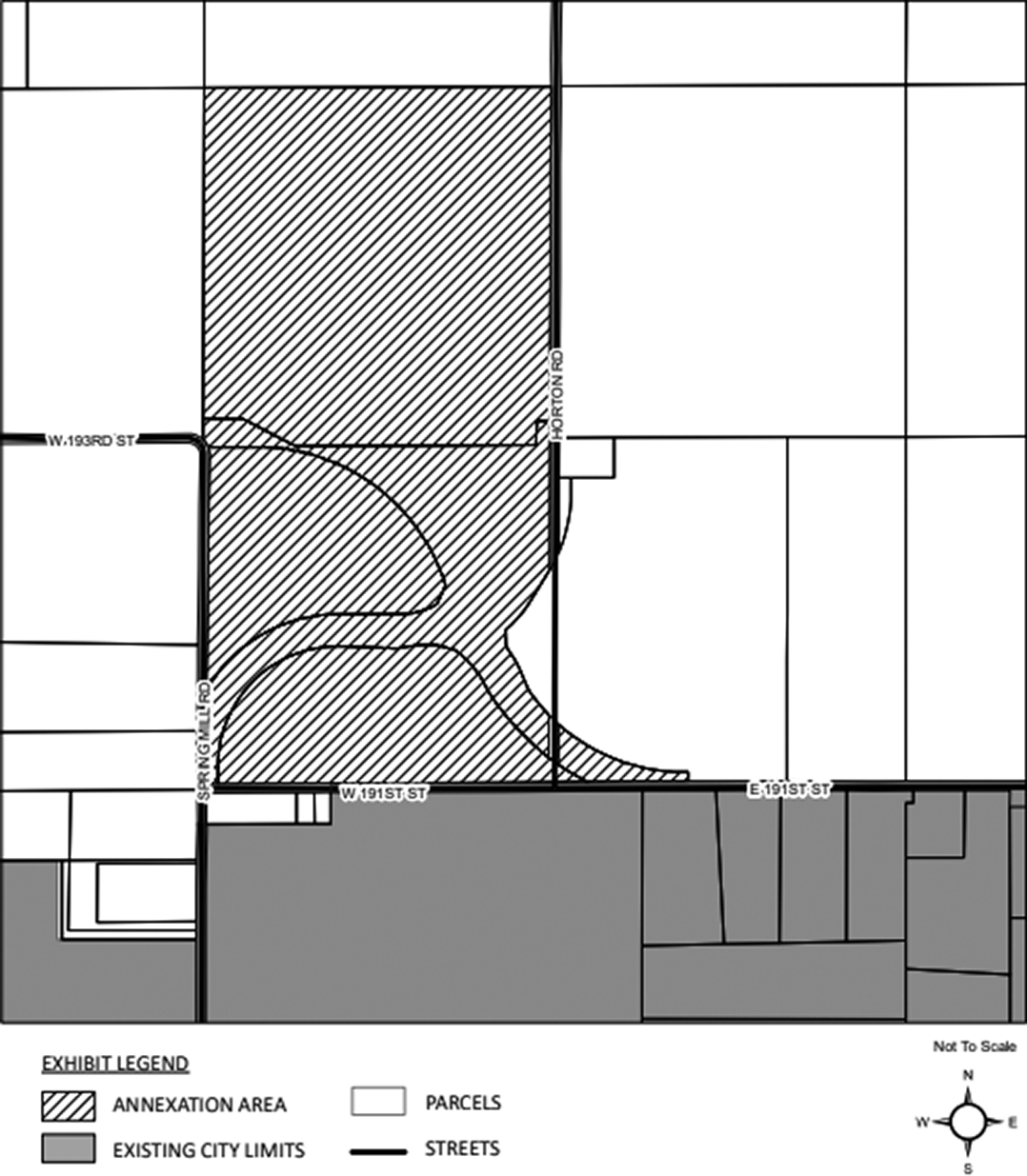 A map detailing the annexation of the Osborne Trails PUD into city limits. (Submitted image)

The Westfield City Council met in a special session June 4. The next meeting is scheduled for regular session at 7 p.m. June 11 at City Hall, 130 Penn St. For more, visit westfield.in.gov.

Councilors voted unanimously to approve three items. The first two involved a fiscal plan and the voluntary annexation of portions of the 265-acre Osborne Trails planned unit development.
The annexation for Osborne needed action within a certain timeframe from a previous APC hearing. The PUD allows for a mixed-use development with single-family residential, single-family attached residential and commercial uses at 191st Street from Six Points Road to Horton Road. The development was formerly known as Drexler Woods.

City planner Pam Howard told the council the voluntary annexation and fiscal plan for 80 acres in Osborne was the first of four phases. Plans are to complete the first phase by the end of the year.
An additional ordinance, which goes hand-in-hand with Phase I of Osborne Trails, was introduced to the council previously and went through a public hearing May 14. President Jim Ake said he did not recall any comments from the hearing.

Howard said the second introduction for 67 acres to be part of the Osborne Trails at the northwest corner of 191st Street and Horton Road is directly adjacent to the previous agreement. A public hearing was held but nobody spoke. The council could adopt the PUD as early as its July 9 meeting.

The city council also unanimously approved a police interlocal agreement with several other local law enforcement agencies across the county. The agreement is mostly for reciprocal assistance across jurisdictions and coverage of certain legal aspects. It also includes a mobile command unit which will be operated by the city.