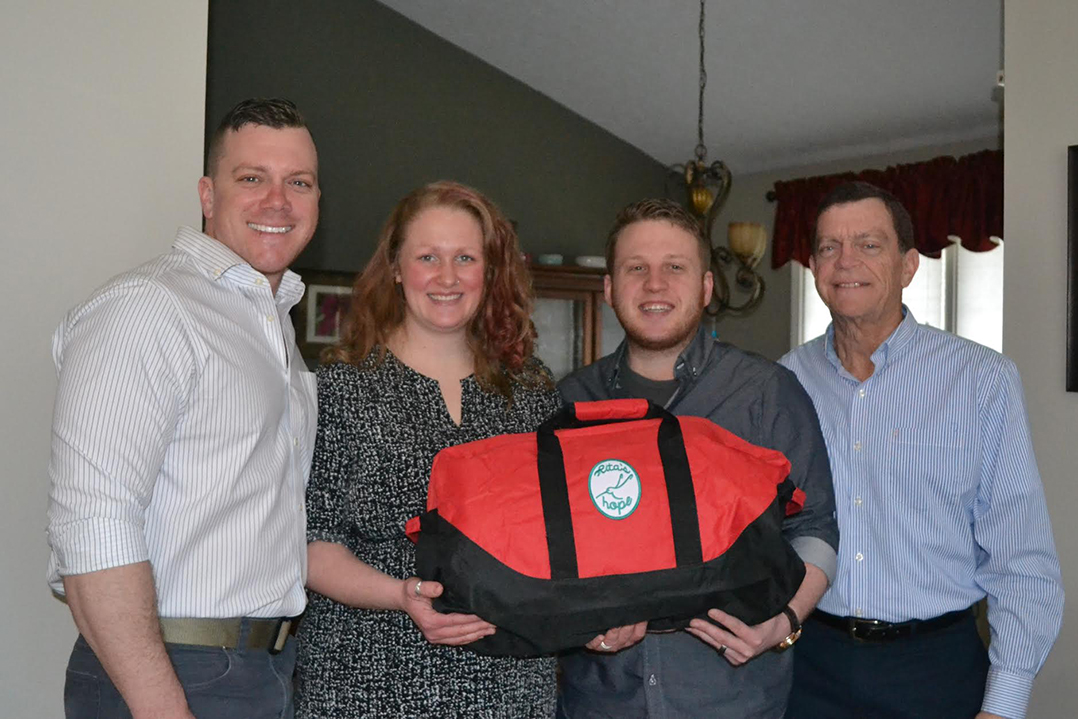 The Hamilton County homeless population has risen since Good Friday, March 30, and local nonprofits are joining forces to tackle the issue. 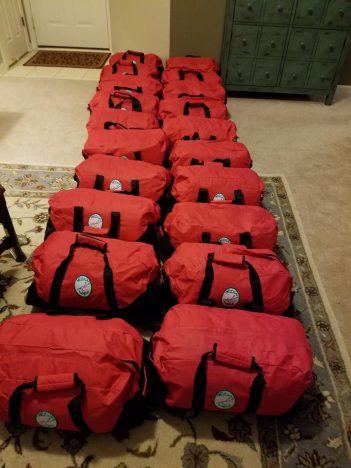 Rita’s Bags are sleeping bags that include a toiletry bag. (Submitted photo)

Chance said she loves the bags provided by Rita’s Hope Foundation. The foundation has donated approximately 50 sleeping bags to the Good Samaritan Network to distribute to the homeless in Hamilton County. 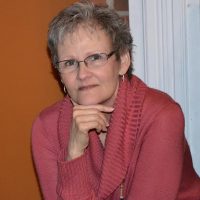 “I am absolutely thrilled with the design and the way they help the families,” Chance said. “It’s a good support mechanism for our county.”

The namesake of the Rita’s Hope Foundation, Rita Gaw, had a desire to help the homeless. Her hope now lives on through the foundation, as she lost a battle to ovarian cancer at age 64 in 2017.

Before her death, Rita urged her husband, Tom, not to sit at home and mourn and encouraged him to provide a special sleeping bags for the homeless that could roll into a backpack and include an attached toiletry bag.

“She knew I would need something to do when she was gone, and she knew if she planted this idea in my head that I would do it,” Tom said.

Tom and Rita moved to the Carmel area in 1998 and lived in Westfield for 16 years before moving to Fishers three years ago. 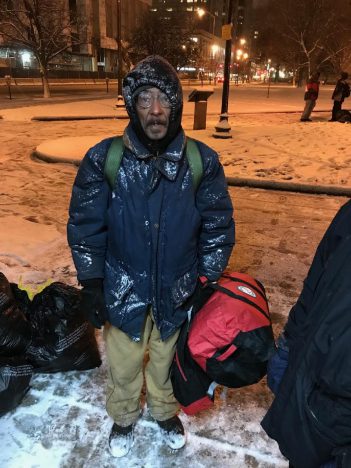 Before her passing, Rita’s sisters visited and created the first 10 prototypes while Rita provided direction from her bed.

“They made the first 10 right there on our living room floor,” Tom said.

Rita died June 22, 2017, on the couple’s 21st wedding anniversary. Rita was a registered nurse for 40 years before retiring from Community Health Network in Indianapolis in 2016.
“She just felt bad for people not having a place to lay their head down at night,” Tom said.

At her funeral, in lieu of flowers, the family asked that donations be made to help launch Rita’s Hope Foundation, Inc. The nonprofit officially launched July 17, 2017, less than a month after she died.

The organization is truly a family affair. Tom serves as president of the foundation, and Rita’s stepson, Marshall Gaw, is as vice-president. Rita’s son, Chris Williams, serves as treasurer and her daughter, Tanya Wilkison, serves as secretary.

Tom said he manufactures and donates 15 to 20 sleeping bags per week.

“Although I did start this in her name, as a way to honor her and still do, it has now become a purpose for me as well,” Tom said.

Tom has created a seamless operation for production. He orders the sleeping bags in bulk from Walmart, gathers donated toiletries and has the sleeping bags sewn into a duffel bags at Georgetown Alterations in Fishers. The foundation produces warm- and cold-weather versions of the bags.

Rita’s Hope Foundation has donated more than 300 bags in the year since it launched. The organization supports the homeless throughout Hamilton County and Indianapolis.

“A lot of people aren’t really aware of the homeless population in Hamilton County,” Tom said.

Tom said his goal is to distribute 520 sleeping bags per year.

The goal of Rita’s Hope Foundation is to give hope to the homeless.