You are at:Home»Current in Westfield»Westfield Cover Stories»In full bloom: 95-year-old WWII veteran has more than 350 varieties of irises on Westfield property 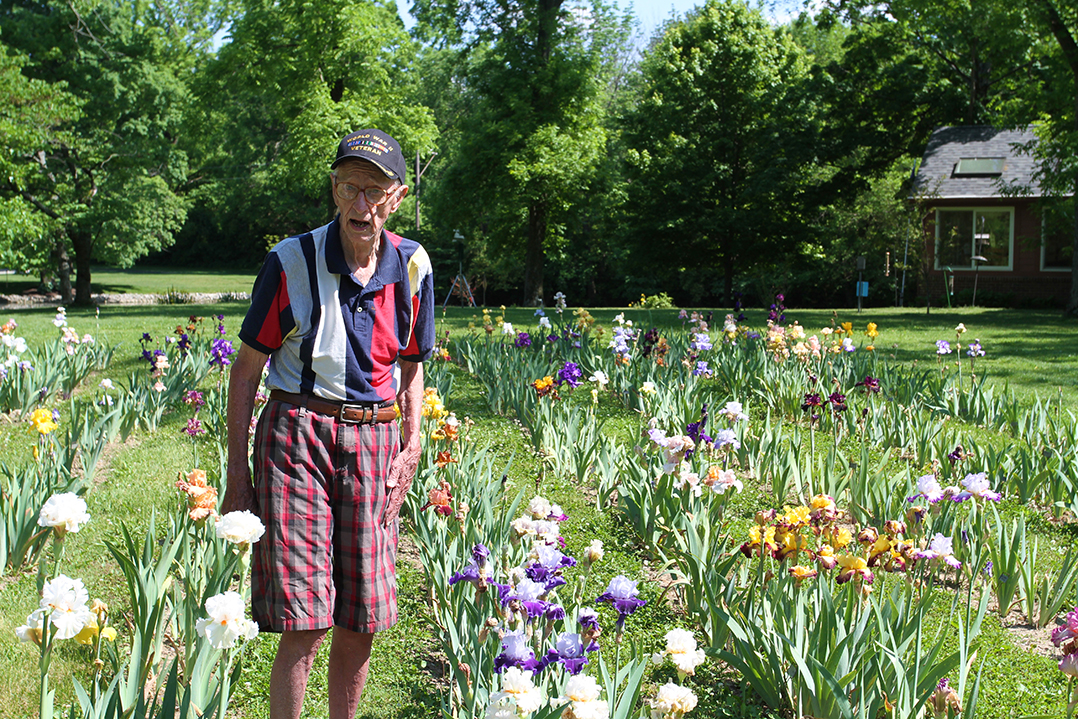 Driving past Bud Klutey’s 5-acre property on Oak Road offers a view of a burst of color from the Tall Bearded Iris beds spread around his lawn. The 95-year-old World War II veteran served in the Navy from 1943 to 1946 and began growing irises in 1991, but his love for flowers goes back further than that.

Klutey began gardening gladiolas, falling in love with the flower when he was 17 years old.

“I got into gladiolas at a very young age, at about 17,” Klutey said. “They were my flower until about 1990 when the ground I was planting the gladiolas on became diseased. Gladiolas are a lot harder to grow than irises, so I just decided to change to irises.”

Gladiolas require more  gardening steps than irises. Klutey said he switched to irises because as he was getting older, growing gladiolas became taxing.

“First you plant them, and then you weed them and hoe them, and you have to do your usual cultivation of them and dig them up in the fall and store them in the winter and clean them in the winter,” Klutey said of the gladiola bulbs. “So, it’s just a lot more work. Irises stay in the ground. Only thing you have to do with them is keep them somewhat weeded. You’ve got to pull weeds.”

Klutey grew gladiolas on his property in Pike Township until 1970, when he moved to Westfield, where he’s lived ever since. He even hybridized 60 varieties of the gladiolas, creating a new type of flower, which he used to sell. He also participated in gladiolas compeitions and won several. The championships required a display of gladiolas on a table, which were then judged.

For his irises, Klutey does lots of work for a short blooming period of beauty. Irises have a 10-day peak for their blooming period, although the entire period is approximately one month. Each bloom lasts three days, and each plant usually has seven blooms.

“You do a lot of planting and working just to see flowers for a month, but that’s what I like to do,” Klutey said.

Each year, Klutey typically orders 20 to 30 new varieties of irises from a catalog, but he didn’t this year. 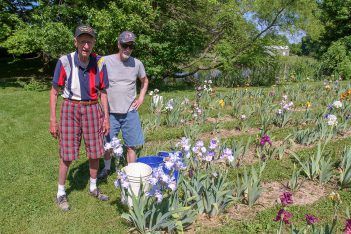 Bud Klutey pauses with his son Darrell in his iris garden in Westfield.

Klutey said he doesn’t have a favorite iris anymore, although for years it was a light blue variety called Silverado. He tried to hybridize some of the irises, but the process was long and he didn’t see the hybrids to maturity, which can take five to seven years.

Klutey said he’s not entirely sure what will happen to his iris gardens when he’s unable to care for them. His son Darrell may take over.

“I’d probably scale it back,” Darrell said. “I don’t like the work as much.”

Occasionally, Klutey cuts a vase of irises to take to the front desk at Maple Village where his wife Jean resides, but he usually sits in a chair under a tree on his front yard and admires the beauty. He still weeds and tends the plants.

After decades of growing gladiolas and irises, Klutey said irises are now his favorite. 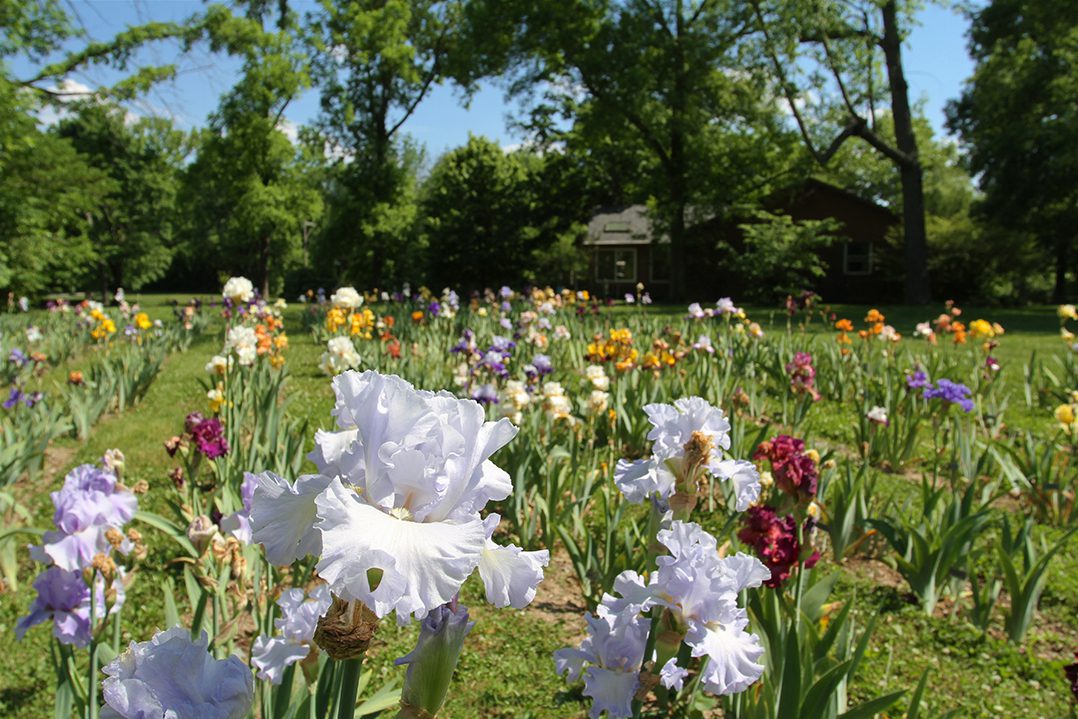 Bud Klutey has more than 2,000 irises and 350 varieties on his Westfield property.

How to hybridize a flower.