You are at:Home»Current in Zionsville»Zionsville Community»Roundabout construction to begin in April at Whitestown Parkway, Indianapolis Road 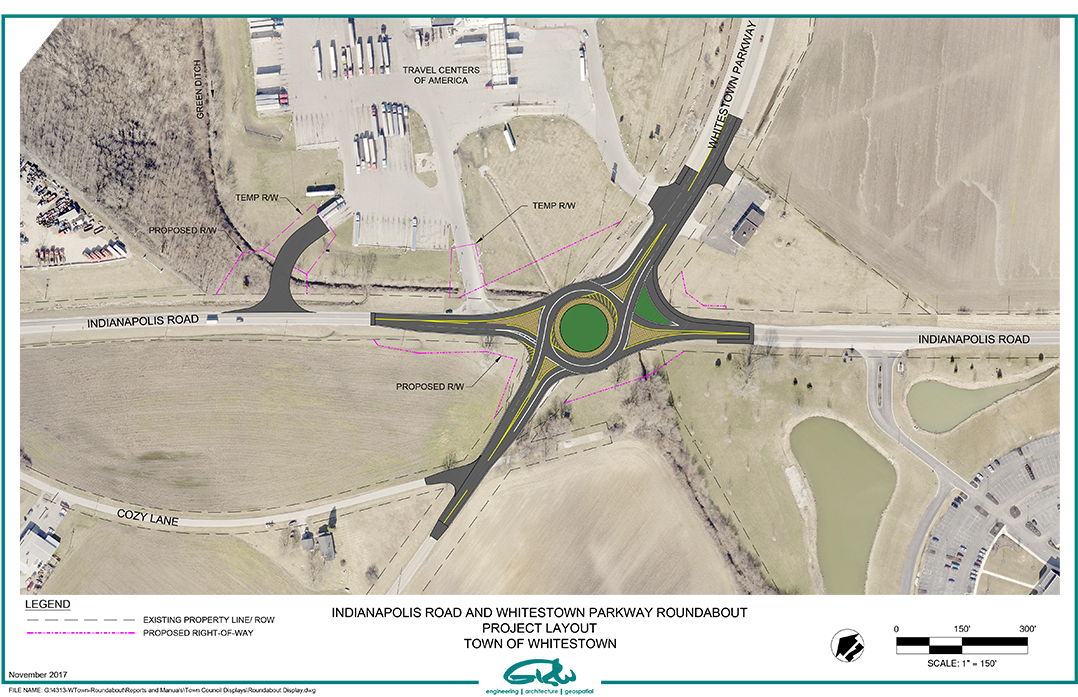 Construction on a new roundabout at Whitestown Parkway and Indianapolis Road is set to begin in April. (Submitted photo)

Construction on a new roundabout at Whitestown Parkway and Indianapolis Road is set to begin in April. It is being built to help address an increase in traffic in the area.

“Our Eagles Nest neighborhood has already increased traffic through that intersection in recent years. The new Westwood Landing neighborhood is being built now, bringing in another 204 homes to the area,” said Jason Lawson, Whitestown director of public works. “Soon, another 600 homes will be built around the golf course at Whitestown’s Golf Club of Indiana. In addition to all the new residential, the new Park 130 at Whitestown business and industrial park was just approved to be built just north of that intersection on Indianapolis Road.”

A traffic study identified a roundabout as the best solution for the intersection.

“Since roundabouts keep traffic moving, drivers will be able to get through more quickly and efficiently,” Lawson said.

“It’s common for INDOT to partner with communities to get construction projects done more quickly and easily,” Lawson said. “Last spring, Whitestown and INDOT partnered to reconfigure (I-65) Exit 130. We will partner again to build the proposed, new midpoint interchange between Exit 130 and Exit 133 in 2020.”

The intersection will remain open throughout the project, although occasional lane restrictions are expected. Lawson said drivers are encouraged to use an alternate route or give themselves a little extra time during the construction process.

“We haven’t heard much feedback yet. Usually, residents don’t weigh in on projects until construction begins,” Lawson said. “There are usually a few drivers who aren’t happy during the construction process, but we think everyone will be happy with the end result.”

Construction on the roundabout should be complete by Aug. 31.