You are at:Home»Current in Carmel»Carmel Community»Notes of encouragement left on all Carmel High School lockers give inspiration after tense week 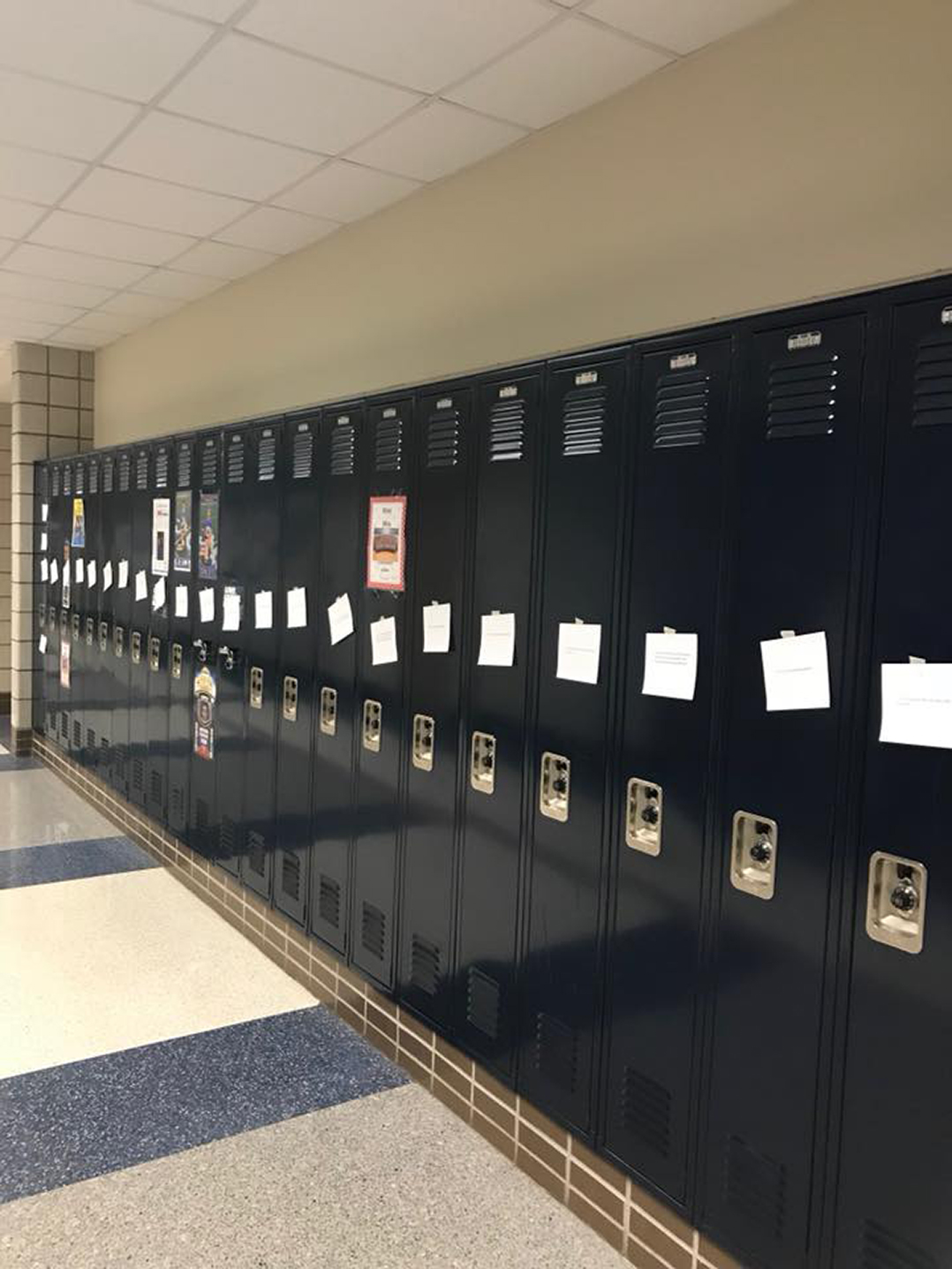 It wasn’t planned as a response to a tense week at Carmel High School, but the notes of encouragement left on all 5,100-plus lockers couldn’t have come at a better time.

The notes, which included 30 phrases such as “You are loved!” and “You don’t need a reason to help people” appeared Feb. 21, just two days after police arrested two students for making school shooting threats on social media.

CHS art teacher Sarah Wolff, whose class came up with the idea a couple of weeks ago, said the notes were part of an initiative to demonstrate random acts of kindness in advance of the upcoming mental health awareness week. One teacher in each department received $20 and a class challenge to find a way to impact the greatest number of people in a positive way.

Wolff’s class got the job done in less than 90 minutes.

“It was a lot, but they did it,” Wolff said. “They felt really empowered.”

Wolff said she anticipated the project would lead to a lot of trash on the floor, but the following day most students still had the note taped to their locker.

The arrests of the two male students followed a week where text messages and social media posts led to rumors spiraling out of control and widespread community panic, with hundreds of students choosing to stay home from school Feb. 16.

Wolff said her class got a good lesson in the positive power of social media as they watched CHS students get out their phones to share pictures of the encouragements. She hopes her students will be inspired to show kindness no matter the circumstances.

“I think that was the takeaway,” she said. “You don’t need to do this (only) in response after something negative happens. You just need to do it because that’s what your calling is as a human on planet earth.”