You are at:Home»Current in Carmel»Carmel Community»Snapshot: Chaplain reenacts Ernie Pyle 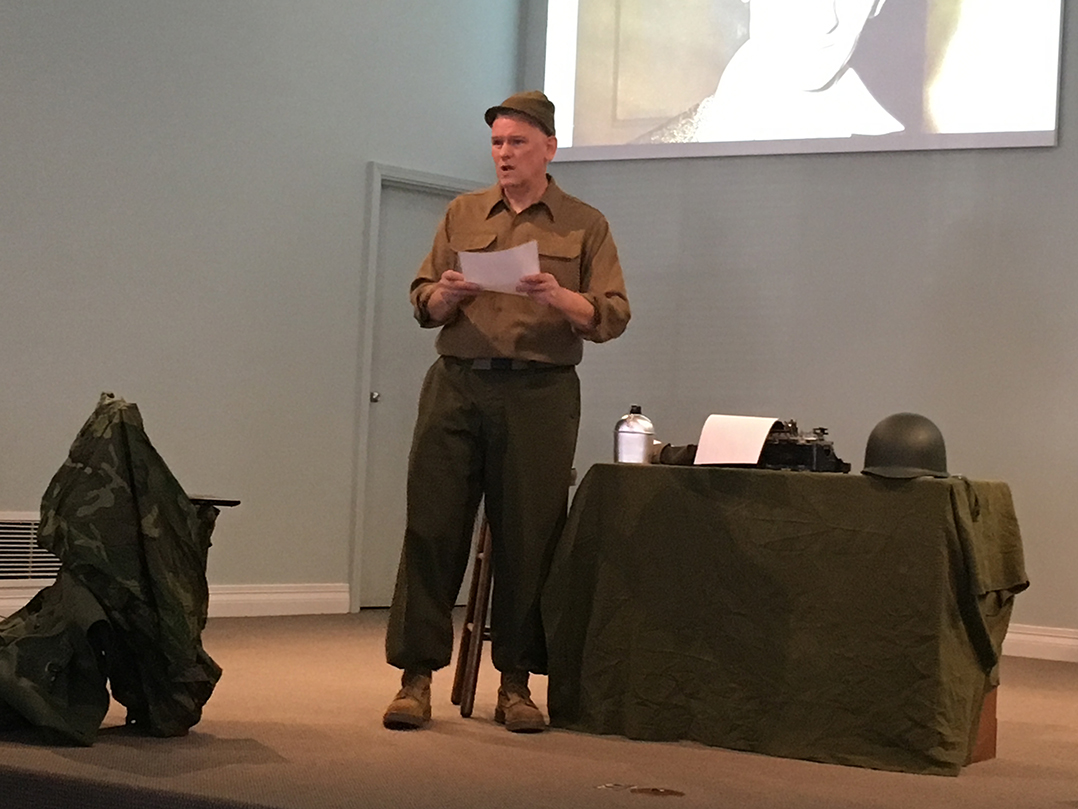 Hoosier Village chaplain Ron May presented a dramatization of World War II correspondent Ernie Pyle’s work and life called “Stories from the War Front” Jan. 18 at the Hoosier Village Chapel. May, who served as a naval reserve chaplain, portrayed Indiana native Pyle in a one-person show he created from Pyle’s stories.  May, a Carmel resident who is working on his second book of stories from World War II veterans, relayed Pyle’s life story as he was talking to an imaginary solider. May memorized his lines in an 80-minute show that included May’s recordings of Pyle’s newspaper reports from the combat zones. (Photo by Mark Ambrogi)