Nick Frecker is spreading the message of the Constitution Party of Indiana. 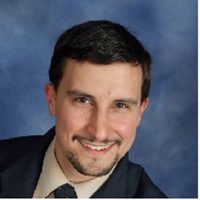 Frecker, a northwest Indianapolis resident, already has led various introductory meetings in Zionsville, but he’s planned a new format for the series. The first session will be at 9:30 a.m. Feb. 3 at the Old National Bank conference room in Zionsville, 385 S. Main St.

The national Constitution Party believes in limiting the federal government to its duties detailed in the U.S. Constitution. The Indiana chapter also believes in a statewide abortion ban, lesser restrictions on Indiana election candidates and a restoration of state sovereignty.

The party is structured on three pillars: integrity, liberty and prosperity. Frecker said integrity refers to seeking candidates who will restore honesty and accountability to government, and liberty refers to the renewal of individual freedom and problem-solving without aid from the federal government. Acting on the first two pillars will create economic prosperity because of the implementation of true capitalism, he said.

Frecker developed a series of meetings as part of a county-by-county project to educate the public about the party and self-government as well as gain membership. The series will take guests section-by-section through the Constitution with support from “The Founding Fathers Guide to the Constitution” by Brion McClanahan.

“We believe in the message of the Constitution Party, and this is the one way to save our republican form of government before it completely dissolves into tyranny and poverty,” Frecker said.

Frecker graduated from Ball State University in 2013 with a master’s degree in chemistry and works as a pharmacy technician.