You are at:Home»Current in Zionsville»Zionsville Business Local»$113M commercial project planned in Whitestown 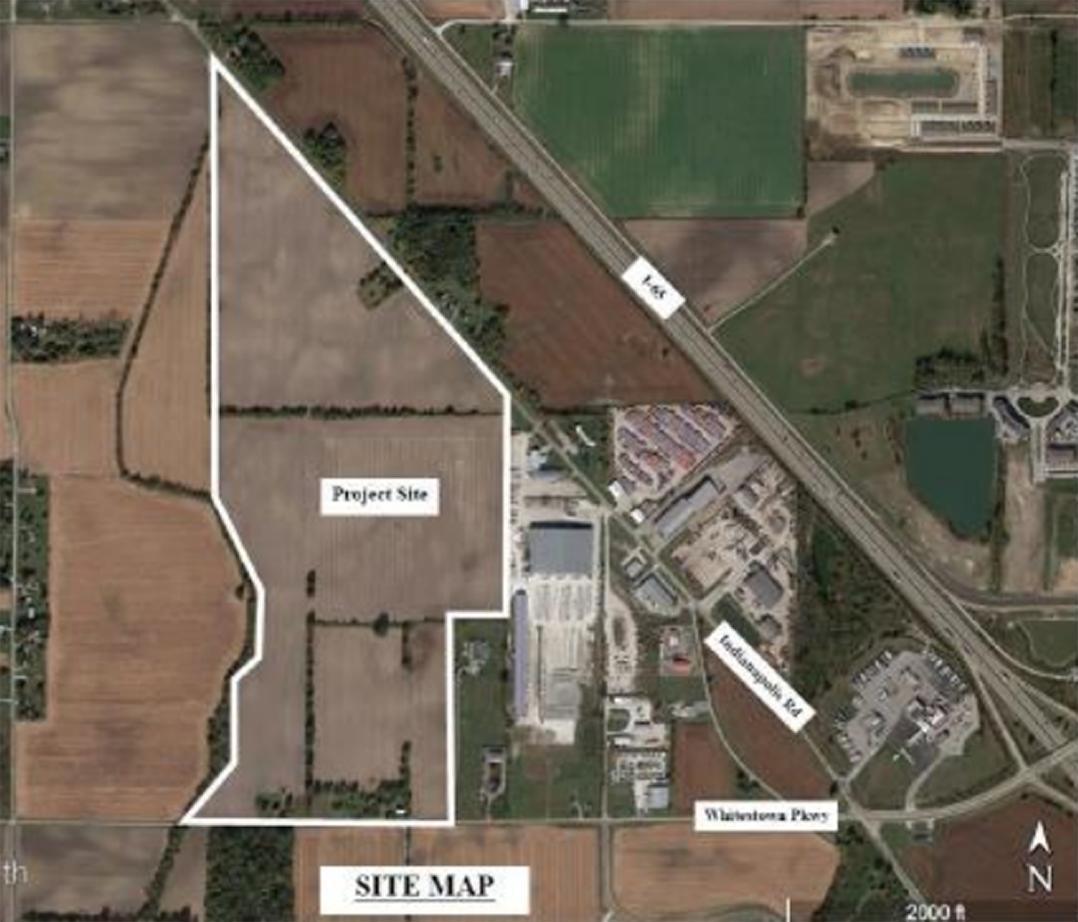 GreenParke is planned on nearly 170 acres on the west side of I-65 in Whitestown. (Submitted photo)

A mixed-use development is planned for Boone County west of I-65 north of County Road 650 in Whitestown. GreenParke, a $113 million commercial project on 169.2 acres on the west side of Indianapolis Road, is planned to have up to approximately 2 million square feet of industrial space and at least 37,500 square feet of office space.

“We’re excited to have a mixed-use development like this coming to town,” said Dax Norton, Whitestown town manager. “The office space, with the higher-paying jobs it brings, will be a very nice addition to add to the diversity of our job opportunities here in Whitestown.”

Carmel-based Lord Realty Holdings LLC and Indianapolis-based Strategic Capital Partners filed the plans for the development, which will include six office and commercial buildings. Plans also show two smaller buildings. Developers estimate the project could create more than 324 full-time office jobs with an average salary of $50,000 and approximately 675 warehouse jobs with an annual salary of $31,200.

“We’re always excited when we can welcome an additional 1,000 jobs to our community. The office jobs being created, in particular, are very important to add as our community grows,” Norton said. “We want our residents to be able to work in our community, and the caliber of pay these office spaces will bring will allow that to happen. We’re thrilled with our retail and industrial growth, but we would definitely like to see more office space added as we grow.”

Construction on GreenParke is expected to start in June 2019 and take close to eight years to complete, with an estimated finish date of April 2027. The project will be developed in two phases.