You are at:Home»Current in Noblesville»Noblesville Cover Stories»The Future of Seminary Park: City works to make a plan to improve the downtown park 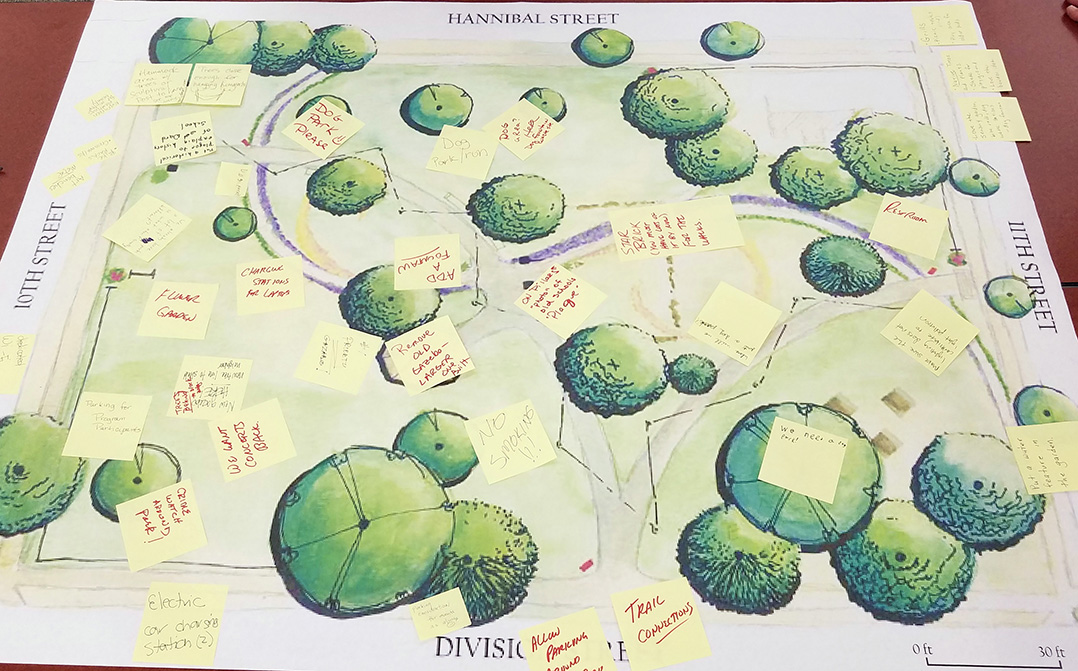 Nearly one year ago, the future of the city’s 1.3-acre Seminary Park was uncertain.

After discussion among city staff about possibly selling the property, which could have produced a small residential development, Old Town neighbors and community members quickly made their voice clear in favor of keeping their neighborhood park.

Today,  the city is working to reinvigorate Seminary Park. 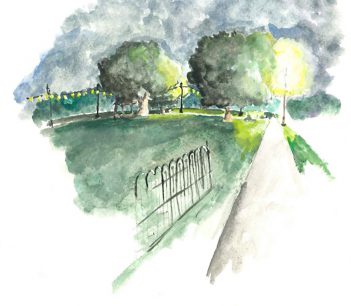 “Certainly, this all goes back to the idea of doing some sort of little development there. That was not received well, but what it did do was shine some light on Seminary Park and the fact that it needed some updates,” Noblesville Parks Director Brandon Bennett said. “We heard the public loud and clear, and it was cool because we had the opportunity to react to the public and start thinking, ‘OK, so what could this be?’”

In mid-2017, the Noblesville Planning Dept. had an intern, Samantha Fee, a landscape architect student at Ball State University, design a facelift for the park after. Fee became involved when Noblesville Planning Director Sarah Reed pitched the idea to Bennett, who approved. Fee then came up with a design and concept of what the park could be.

“When she went out and did her initial study and saw how the park was being used, there were some areas she wanted to highlight – maybe a secondary path through the park, another connectivity point, making sure we get back to some of the history of what was there with the old school, some architecture with fencing and entryway signs,” Bennett said. “What do we do with the gazebo? Expand it, or just repair it? We’ve also looked at adding some additional site and architectural lighting, adding more seating, more areas for picnics, rock boulders. The playground may see some changes, and then landscaping – ornamental or butterfly gardens. These are all things we’ll consider, but we’re just not sure yet. We’ve got a passive space, but overall, we just want it to be a more active park.” 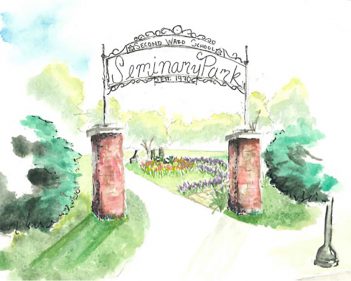 Fee’s designs are in the initial stage.

“We have to take the work she did now and put it into some more schematic designs,” said Bennett, noting the primary roadblock for the project is funding.

In December, a design firm, Mader Design LLC, was chosen. The city’s downtown district committee allocated money for the parks department to begin the initial schematic designs based on Fee’s concepts.

“They’re the ones who have given us some dollars for the design, because that’s going to be kind of an entry into the downtown district area,” Bennett said. “So, this is going to be implemented into their project as well. We plan on trying to do mostly everything (Fee) had in her original design, but our concern right now is just budget.

“The budget came back higher than we thought after we had the design firms look at it, but that was the 100,000-foot view. So now, we’re going to take all of the concepts and really dig down into it.”

Design began this month. Bennett said he hopes the parks department and city will have schematic designs to share with the public by April

“We’ll have additional public input as well and continue that process,” he said. “That should also help us to drive a budget and allow us to take a look at this whole overall concept and see how we can get to the end design, meaning are there going to be some partnerships locally? Are there artists we can get involved? Are there local donors? Can we or should we phase this thing? And if we do, how long? We don’t have a timeframe yet. It’s just too early.

“We want to make this an attractive space for the neighborhood and downtown area. It’s a neighborhood park, and that’s why it’s so important to people.” 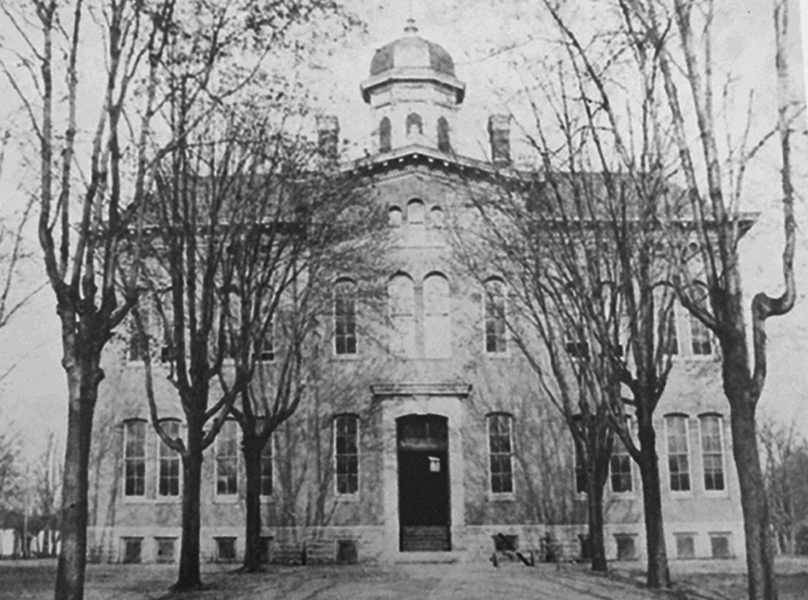 THE HISTORY OF SEMINARY PARK

Since 1983, the 1.3-acre plat of land at 200 S. 10th St. in downtown Noblesville has been known to residents as Seminary Park, but use of the land most notably dates back to 1850, when Hamilton County’s first public school, Seminary School, opened on the property.

Twenty-two years later, the property and building were restructured to house Second Ward School in 1872.

Second Ward School remained there until 1969, when it was demolished.

Today, the park is bounded by 10th, 11th, Division and Hannibal streets and features a gazebo, playground and open green space.