You are at:Home»Current in Geist»Geist Cover Stories»Connecting the four corners: City of Lawrence seeks input from citizens on trails, sidewalks 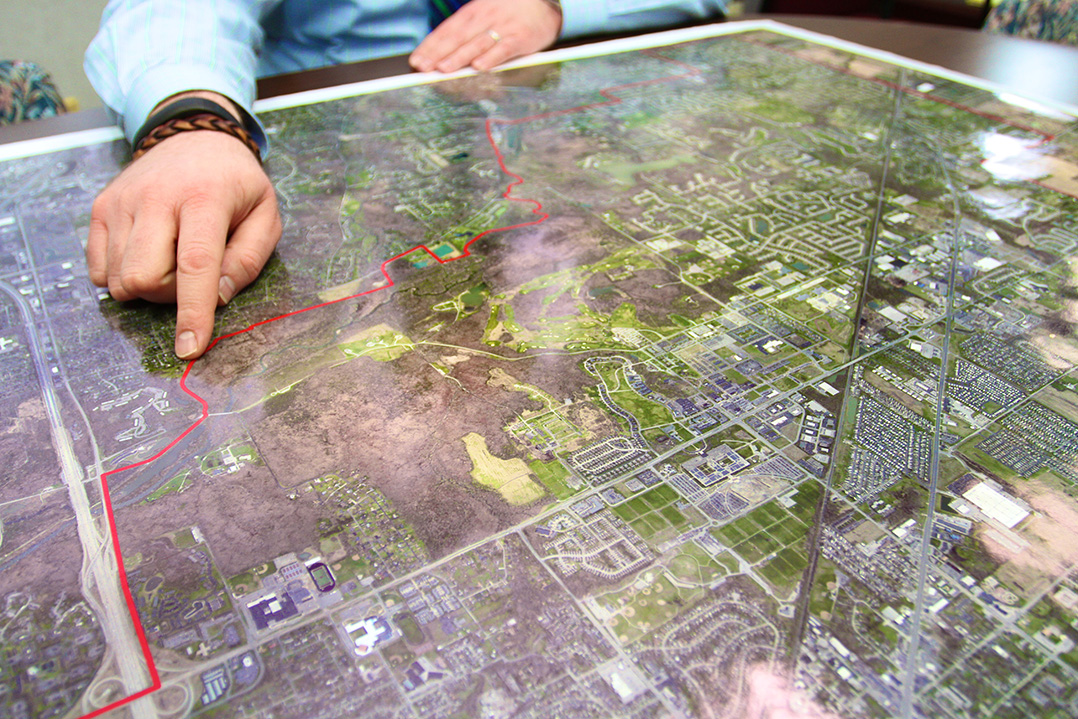 Pedestrians and bicyclists may be able to travel from any of Lawrence’s four corners to its city center via trails and sidewalks in the coming years. At least, that’s the vision of Mayor Steve Collier.

Lawrence hired United Consulting Engineers, or UCI, to complete a study regarding the city’s trails and sidewalks for a Bicycle-Pedestrian Master Plan. The study is expected to be complete within six weeks. A poll is available on the Lawrence Dept. of Public Works’ website for citizens to submit input on what they want the project to include.

“We wanted to do an overall study on how we can most efficiently connect all aspects of our city to the city center,” Collier said. “The ideal situation is for someone to be able to jump on a sidewalk in the northeastern part of the City of Lawrence and walk all the way to the city center. That’s something that’s a goal and something to get close to.” 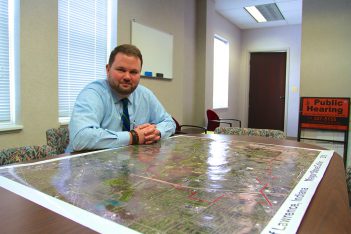 Collier’s goal is to keep the majority of the funding local because that’s the simplest and quickest way to complete the project. He said the city can set aside $500,000 this year to begin construction in 2019.

“The biggest drawback whenever you try to apply for federal monies is you end up getting money for a project that may not be built for three, four or even five years,” Collier said. “Ideally, you want to locally or state-fund a project as much as you can because you can get shovels in the ground in a much faster way.”

The city will source local funds from the DPW budget and possibly some from the trails budget to begin and complete the what the multi-year project.

DPW Director Bill Anthony said the goal is to approve the trail and sidewalks plan this summer and plan the project from UCI’s findings and citizen input.

“I think we are excited as a city to start looking and investing in our pedestrian and bicycling infrastructure,” Anthony said. “It’s something a lot of people put emphasis on and rightfully so. We are looking forward to getting started on these quality-of-life issues and improving that for our citizens.”

Collier said the plan might attract younger residents to Lawrence, which has been the city’s goal.

“We wanted to connect all four corners of Lawrence,” he said. “The older area of Lawrence is fairly well built out with sidewalks to walk to the city center, but the tougher part is the northern and eastern edges of Lawrence. As we begin to interview and see how to attract young people into the city, that’s one of the things a lot of young people and families want.”

To complete the poll, visit cityoflawrence.org/news/2018/01/02/dpw-seeking-community-input-bikepedestrian-master-plan.

May 2017: City awarded Indianapolis Metropolitan Planning Organization grant of $49,500 for contracting a bicycle-pedestrian trails and sidewalk study. The study costs $75,000.

February: UCI study should be complete

Share. Twitter Facebook Pinterest LinkedIn Tumblr Email
Previous ArticleThe Future of Seminary Park: City works to make a plan to improve the downtown park
Next Article The heart of a hero: Captain reunites with bombing victim, retires after 36 years with CFD
Follow us on Social Media