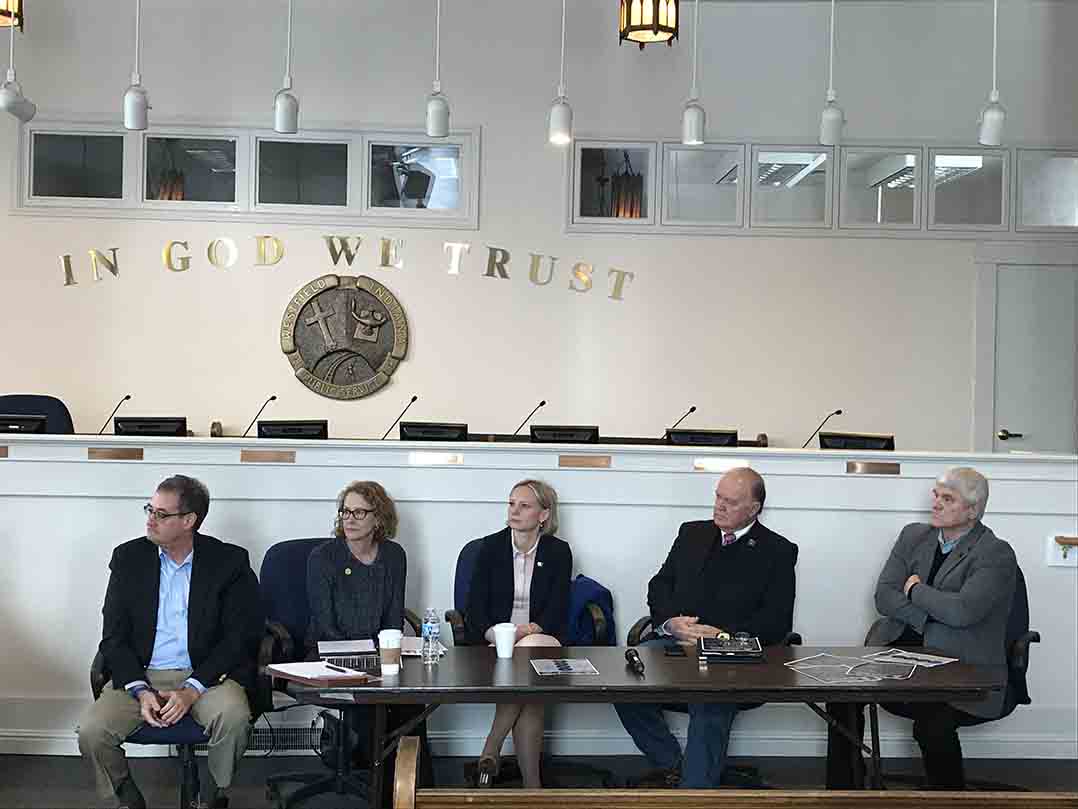 Members of the public asked legislators questions during the meeting.

Many of the questions asked of legislators was whether they support Sunday alcohol sales and cold beer sales.

“The whole complexity of this issue is alcohol is a controlled substance,” Buck said. “I find it difficult at this point for me personally to be discussing the opioid situation with knowing my uncle died from alcoholism. We some way are glossing over that we have, as a government, controlled the sale of alcohol and yet at the same time are providing money for rehabilitation centers for those addicted to alcohol. If we open sales on Sunday, you’re not going to see that much of an increase in the consumption of beer, whether it’s cold or not. The only thing you might get is people coming through your state to consume it.”

Buck also said liquor stores in his district might close if cold beer sales are passed because “cold beer is their bread and butter.”

A member of the public spoke out against Senate Bill 309, which passed last year and limits the benefits of using solar energy in the state. She encouraged the legislators to vote in favor of House Bill 1069, which extends solar benefits to cities and schools, and Senate Bill 207, which promotes solar to homeowners. Some homeowner associations outlaw solar usage in neighborhoods, and SB 207 would limit those HOA’s authority.

“Solar is something that is becoming more prevalent as we go through the development for alternative sources,” Buck said. “My concern with schools is some schools are bringing in their own solar farm and instead of taking the profits and paying the bond that covers it, they are putting that on debt service, then skimming off the profits for their general fund. That’s wrong.”

“I voted to support 309 last year thinking what is now being proposed was going to come about,” Cook said. “I had been behind the scenes very pointedly talking about schools and government buildings, like the Hamilton County courthouse or the jail system.”